The controversial Bundesliga club have prided themselves on doing things differently since their creation in 2009. But a current dispute with their own fans poses fundamental questions about the nature of the club. 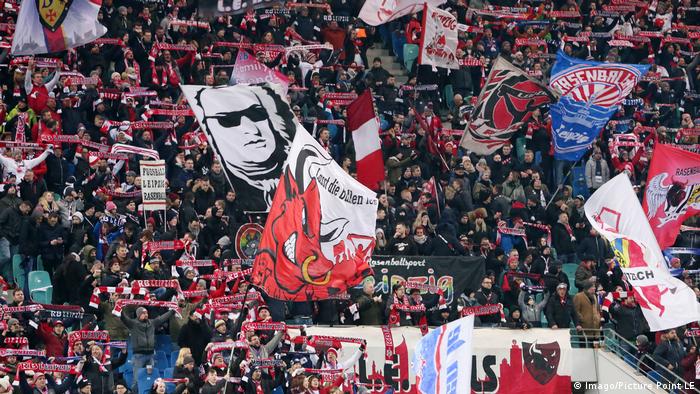 "Those who promise much also forget a lot," read the banner behind the goal at the Red Bull Arena in Leipzig. "We need to talk – dialogue now!"

The city's old Zentralstadion, or at least the historic crater in which it is built, has had numerous tenants throughout the city's convoluted footballing history. And the current occupiers, RB Leipzig, certainly have promised a lot.

They promised to restore top-level football to a flourishing city which hadn't had a Bundesliga representative since 1994, achieving that with promotion to the Bundesliga in 2016 and qualification for the Champions League a year later.

They promised dynamic, attacking football which Ralf Rangnick, as head coach, sporting director and now head coach again, has delivered with his modern blend of aggressive pressing and rapid counter-attacks.

Most importantly in Leipzig itself, Red Bull promised and provided football which was accessible for all; a break from the never-ending spiral of insolvencies and extremism which had condemned the city's traditional clubs, Lokomotive Leipzig and Chemie Leipzig, to the amateur leagues.

Outside of Leipzig too, the club has become increasingly accepted – at least within the mainstream, although hardcore supporters of several clubs still refuse to attend away matches in Leipzig in protest at the club's ownership structure and circumvention of the 50+1 rule. 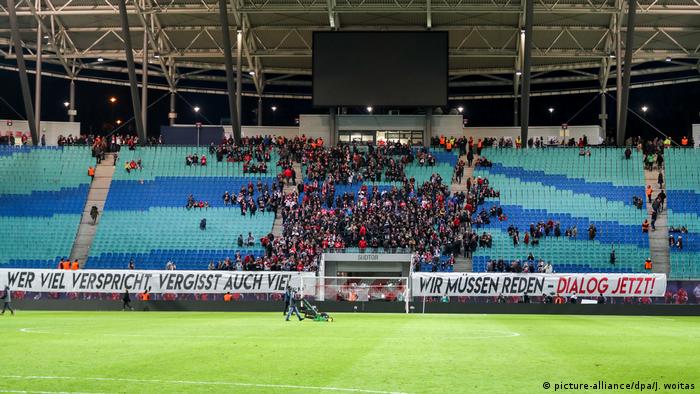 "Those who promise much also forget a lot - we need to talk - dialogue now!"

But the normalization of RB Leipzig has brought about something else that Red Bull did not promise: an active, democratic fan culture, the development of which has now led to a dispute between club and fans.

The roots of the conflict are found far away from the glamour of the Bundesliga, seven kilometers to the south of the Red Bull Arena on the Sportplatz Teichstraße in the Landesklasse-Nord – the fifth tier of women's football in Germany.

On 9 December 2018, ahead of kick-off between Roter Stern Leipzig and RB Leipzig II, supporters of both teams set off multicolored smoke bombs as part of a joint demonstration against homophobia and sexism under the motto: "Love football – hate sexism."

The plans had been authorized by the home club and the match officials but several days later, two fans belonging to the "Red Aces" ultra group and the "Fraktion Red Pride" received letters from RB Leipzig, banning them from the Red Bull Arena. At RB's next home game against Rosenborg in the Europa League, around 120 members of the club's active fan scene boycotted the fixture in protest at the treatment of their fellow fans.

"Supporter liaison officers [SLOs] deceitfully conducted investigations into the fans who attended the Roter Stern game," read a fan statement, accusing the SLOs of showing images of the "suspects" to supporters and asking if fans could identify them or the fan groups to which they belong.

Whether the club's issue lies primarily with the pyrotechnics or the political message remains unclear, but they deny that the "investigations" into their fans, allegedly carried out by two of the club's three SLOs, took place.

RB Leipzig fans first used pyrotechnics at an away game against Hoffenheim in the Bundesliga in September and did so again in Salzburg in the Europa League (above), much to the displeasure of the club.

"We want peaceful football here," said CEO Oliver Mintzlaff. "We want fans from Leipzig and the surrounding areas to be able to travel to games in safety and we don't want pyrotechnics."

Flares and smoke bombs are set off almost every week by German ultras, who consider "pyro" to be an integral component of their fan culture. And so, increasingly, do elements of RB Leipzig's fledgling fan scene.

German fan culture is also intrinsically political. Fan groups across the country regularly speak out on social and political issues including racism, sexism, far-right extremism and police powers. The demonstration at the Roter Stern women's game was therefore not unusual but this too caused consternation within the RB Leipzig hierarchy.

"We stand for certain fundamental values, including anti-racism and anti-discrimination, and that is not going to change," said Mintzlaff. "But we don't see ourselves as a platform for political messages, whatever they may be." 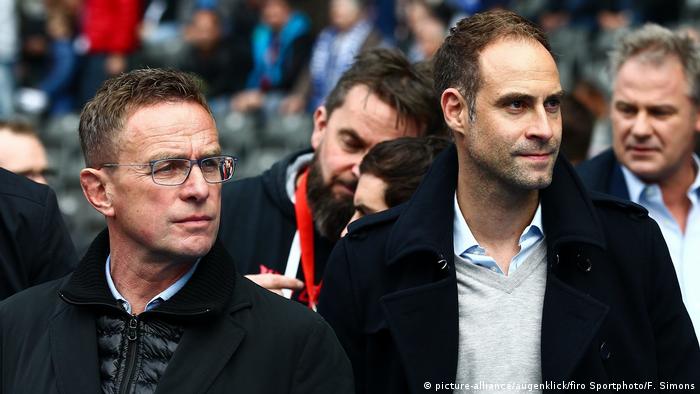 'What is going wrong at our club?'

Earlier this month, the club's third SLO, resigned in protest at his employers' actions – the third to do so in the space of two years. A spokesperson for the club's ultras told fan portal RBlive.de that the other two SLOs had attempted "to subvert and sabotage the relationship with the fans … in order to further their own personal interests and standing in the eyes of the club hierarchy."

"What exactly is going wrong at our club?" read a statement from the Fanverband Leipzig, a coalition of RB Leipzig fan groups who were behind the "We need to talk" banner.

"We don't feel respected as fans and we don't feel taken seriously. We're used to that in other stadiums across the country but in our own stadium, we won't allow ourselves to be treated as the opinion-less, conformist consumers that other fan scenes accuse us of being."

But the fans' demands for an open dialogue pose a fundamental dilemma for the club since the unique structure of RB Leipzig doesn't appear to allow it.

Red Bull holds a 99 percent stake in the organization while the other one percent belongs to club itself. In order to adhere to the 50+1 rule, the club retains 100% of the voting rights in the organization but, unlike the majority of German football clubs, it only has 17 members, all of whom are employed either directly or indirectly by Red Bull. RB Leipzig fans can sign up to a membership scheme for ticketing benefits and other offers but they cannot become voting members.

When Red Bull identified the city of Leipzig as a suitable location for a German branch of their global network of football clubs, they did so promising top-level competition, exciting football and a family-friendly experience.