Ramaphosa names cabinet for his 'clean-up'

South African President Cyril Ramaphosa has picked a new Cabinet that is largely devoid of the taint of corruption and incompetence — and warned that ministers will be "closely monitored." 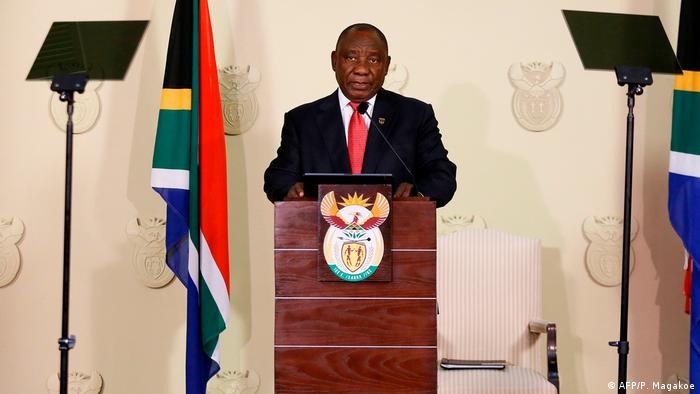 South African President Cyril Ramaphosa has named his new Cabinet. It’s gender-balanced and it has a few fresh faces but opposition members say Ramaphosa has put party politics over reform.

The new Cabinet is leaner, with 28 rather than 36 portfolios, and gender-balanced, with 50% women ministers — up from 48% in the previous Cabinet. This puts South Africa on a par with Ethiopia and Rwanda.

Ramaphosa's choice of ministers was a highly politicized event, with people from both within and outside of the ruling African National Congress (ANC) casting a critical eye on the appointments.

"The people who I am appointing today must realize that the expectations of the South African people have never been greater and that they will shoulder a great responsibility," Ramaphosa said in a national address on May 29.

He warned the new ministers that action would be taken if their performances were unsatisfactory.

The expectation is high among South Africans, who reelected the ANC on May 8, that Ramaphosa — as the party leader and president of the country — will clean up a system that has been caught in scandal after scandal over several years. Ramaphosa took office after Jacob Zuma resigned in February 2018 amid persistent corruption allegations.

In his new Cabinet, Ramaphosa has retained a number of his old ministers but dropped several who have been accused of graft.

The reappointment of David Mabuza as deputy president drew broad criticism from the opposition. Mabuza's name has been flagged by the ANC's integrity commission in connection with corruption. Mabuza was sworn in late as a member of Parliament as he reportedly tried to clear his name. 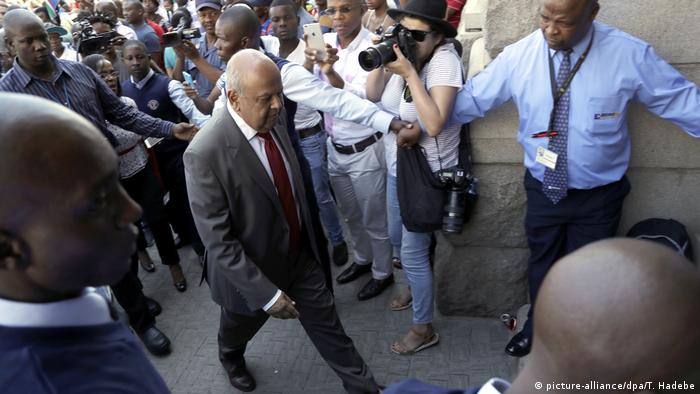 That he finally dropped Bathabile Dlamini and Nomvula Mokonyane as ministers was seen as a demonstration of Ramaphosa's zero tolerance approach. Dlamini ran the key Social Development Ministry into the ground, and Mokonyane is facing serious corruption allegations. The women, ANC veterans, were the targets of public outrage.

The leftist Economic Freedom Fighters (EFF) said they "rejected” the new Cabinet and specifically decried the appointment of Pravin Gordhan as the public enterprises minister.

Gordhan was recently found guilty of improper conduct by South Africa's public protector in a case that stems to his time as head of the national revenue service. Gordon was, however, also instrumental in exposing corruption in the Zuma administration.

A number of new faces in the cabinet, includes the former ANC Youth League deputy president Ronald Lamola, a lawyer in his 30s who will serve as justice minister, and Njabulo Nzuza, who was appointed as deputy home affairs minister.

In a surprise move, Ramaphosa also brought Patricia de Lille from the newly-formed Good party in as public works and infrastructure minister. 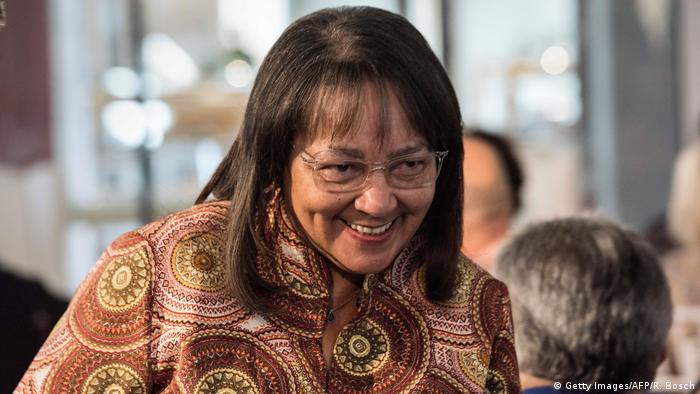 Former Cape Town mayor, Patricia de Lille was appointed minister for public works and infrastructure. She recently fell out with the DA, the leading opposition party

Addressing jobs, land and the economy

Besides dealing with a row of corruption scandals that plagued the last administration, the new government will have to grapple with high levels of unemployment, demands for a redistribution of land, a downturn of the economy and power outages that have been plaguing the country.

Figures suggest that one in four South Africans is currently unemployed. Many observers put the low voter turn-out in the elections to the disillusionment, particularly among young voters.

"Almost R5 billion (€306 million or $341 million) each year would be saved if President Ramaphosa cut the Cabinet to 15 Ministers, and resources could prioritize a service-oriented government that focuses its work on delivering services and enabling an environment for job creation," opposition leader Mmusi Maimane claimed.

Ramaphosa's cabinet appointments, Maimane continued, suggest that he has no new ideas on how to address the country's job crisis.

Economic analysts, however, viewed Ramaphosa's decision to ensure continuity on the economic front.

"From what I gather, investors were hoping that Tito Mboweni would stay as minister of finance," economist Azar Jammine told DW, pointing out that the Rand gained from R14.85 to R14.66 against the US dollar as a result.

The former labor minister and central bank governor in Nelson Mandela's cabinet was brought in as finance minister in October 2018, after the last minister resigned in connection to a corruption case.

As the ministers are sworn in on 30 May, analysts and politicians kept a keen eye on the cabinet and how it is taking on the tasks ahead.

Thuso Khumalo contributed to this report from Johannesburg.

The elections in South Africa haven't produced a landslide result. Turnout was low — young people, in particular, are shunning the ballot box. The dominant ANC is living on borrowed time, says Claus Stäcker. (10.05.2019)