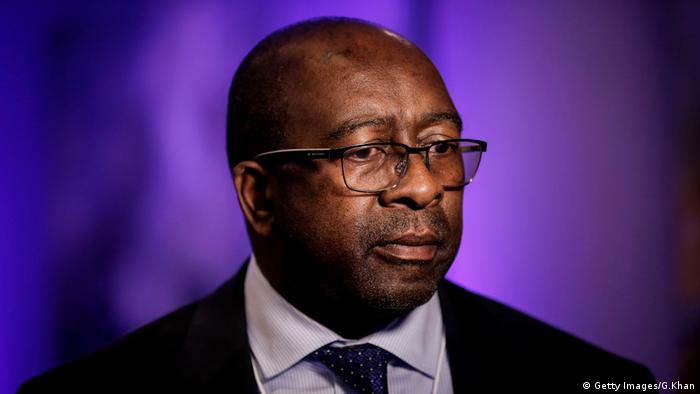 President Cyril Ramaphosa left himself a day to think about it – then he responded to Nhlanhla Nene's request. According to South African media, the finance minister already handed in his letter of resignation on Monday, October 8. "He has not been implicated in any act of wrong-doing himself," Ramaphosa said. "He made an error of judgement."

While Ramaphosa seemed reluctant to let Nene go, many South Africans welcomed his resignation. During an inquiry last week, Nene had admitted that he had met members of the Gupta family six times at their house in Johanneburg between 2009 and 2014. The admission stood in strong contrast to his prior claims that he had only met the family on public occasions. 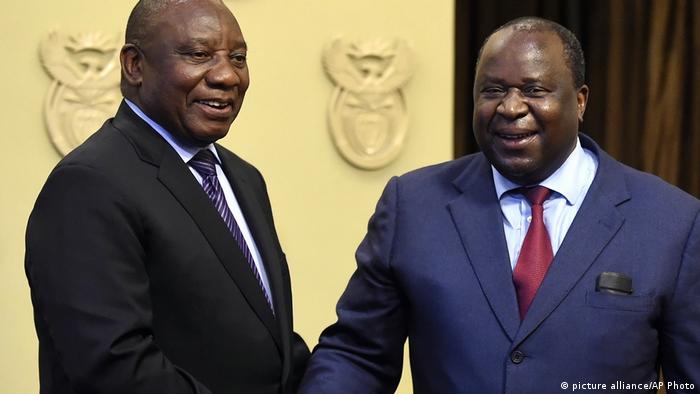 The Indian business family stands at the center of the state capture scandal that has rocked South Africa for over two years and ultimately cost South Africa's former head of state Jacob Zuma his presidency. Under Zuma's administration, the Guptas were said to have profited from state tenders and even influenced the appointment of ministers.

Nene's successor Tito Mboweni is a former governor of the South Africa Reserve Bank and served as South Africa's first post-Apartheid labor minister in the mid-1990s."Get ready for your first cabinet session," Ramaphosa told Mboweni, indicating that he would take up his duties straight away. Mboweni's quick appointment was also welcomed by the international business community, as the South African Rand rose from from 14.75 Rand to the US Dollar to 15. 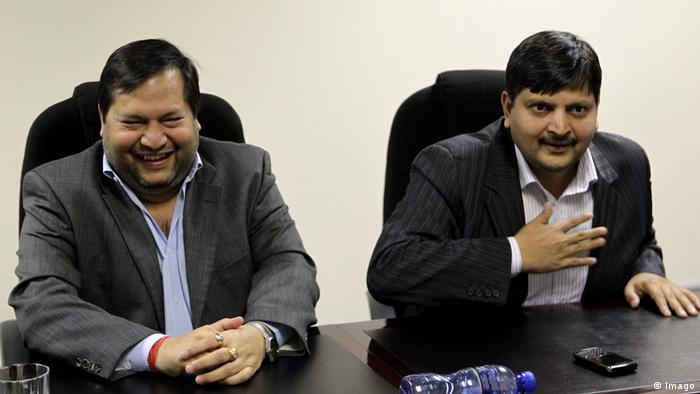 To observers, Mboweni's appointment doesn't come as a surprise. The finance minister holds a special responsibility, Ramaphosa had to let him resign, explained South African political commentator Daniel Silke. "It does send a very important message that there is the beginning of a very new accountability in the executive in South Africa. We have very rarely seen in South Africa's recent political history any cabinet minister or member of the executive voluntarily offer to resign," Silke said.

Before his surprising confession, Nene however was seen as a person with integrity. During Zuma's tenure, Nene rejected a controversial nuclear energy deal. According analysts, the Guptas would have profited from this deal while it would have brought South Africa to it's knees financially.

"Despite the fact that Nene may unfortunately be the wrong example of this," Silke told DW, "I think the signals will be positive in a sense that accountability is now becoming the norm for leadership in South Africa."

A blow to the ANC?

For political analyst Aubrey Matshiqi it doesn't matter what Nene did or didn't do during the meetings with the Guptas. "What matters more is the perception his confession has created," said Matshiqi. The whole event has created an image crisis for the president and his plans to bring the country onto a new course.

The whole ruling party, the ANC, needs a new direction, Matshiqi said. "The ANC is producing bad leaders who lack charisma," he said. Matshiqi believes Nene's resignation is only the beginning. "There will be more people from all corners of the party who have been involved in this corruption scandal – they will drop like dominos."

And even President Ramaphosa doesn't have what it takes, believes Matshiqi. He made too many compromises when he took office. According to the analyst, many South Africans think that Ramaphosa should have been more vigorous in firing ministers believed to have connections to the graft case. "He doesn't have the power to lead the country out of this political and social crisis," Matshiqi concludes.