Germany-wide police raids have been carried out on suspected Iranian spies. Iran has been linked in the past to spying, assassinating dissidents and targeting Israelis. 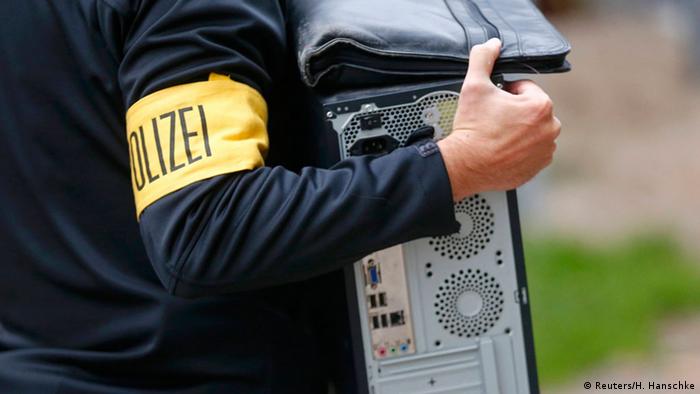 The Federal Prosecutors Office ordered the searches after receiving a tip-off from Germany's domestic intelligence agency.

The suspects are believed to have spied on persons and institutions "on behalf of an intelligence entity associated with Iran," the prosecutor's office said.

No arrests were made during the raids, which were carried out in Baden-Württemberg, North Rhine-Westphalia, Bavaria and Berlin.

The German magazine Focus, which first reported on the searches, said that the 10 individuals were suspected members of the al-Quds Brigade, the external operations arm of the powerful Islamic Revolutionary Guard Corp (IRGC).

Focus reported that the 10 persons are suspected of spying on Israeli and Jewish targets.

German authorities have not confirmed the report.

Robbe was the former head of the German-Israel Friendship Society.

The Islamic Republic and its Lebanese Shiite ally, Hezbollah, have long been accused of carrying out multiple deadly attacks on Jewish and Israeli targets abroad.

The Paris-based MEK  seeks to overthrow Iran's theocratic government and is widely disliked inside the country, where it is labeled a terrorist organization.  The Iranian government blamed the group for stirring up unrest earlier this month.

Formerly listed as a terrorist organization by the EU and United States, the MEK has also been accused of carrying out covert operations on behalf of Israel and the United States.

Iran has been linked to the assassination of multiple dissidents, mostly Kurds and MEK members, throughout Europe.

In 1992, four Iranian-Kurdish opposition leaders were assassinated in a Berlin restaurant by Iranian agents.

The assassination in Berlin, and another three years earlier against Kurdish dissidents in Austria, occurred at a time when the Democratic Party of Iranian Kurdistan was leading a low-level insurgency in Iran.

What doing business in Iran is like for Germans

Recent protests in Iran appear to have been motivated by economic frustrations. German businesses are investing in the country, but so far it's nowhere near enough to overcome Iran's economic stagnation, analysts say. (04.01.2018)