The One Free Press Coalition’s February list focuses on the ten most urgent cases of radio journalists globally, who have faced retaliation for their reporting. 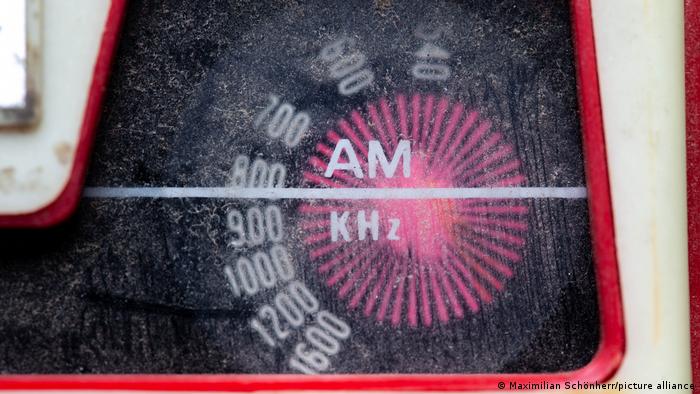 Ahead of World Radio Day on February 13, the monthly “10 Most Urgent” list from the One Free Press Coalitionfocuses on radio journalists around the globe who have faced retaliation for their reporting.

According to UNESCO, radio remains the most popular medium globally for people to consume news, and for a century, has remained a vital source of information for communities. However, as the Committee to Protect Journalists (CPJ) has found in their reporting, in certain authoritarian countries, like Venezuela, there has steadily been a decline in the number of radio stations as a result of press crackdowns. Since 1992, CPJ has documented at least 275 cases of radio journalists killed in connection to their work, and 19 radio journalists were imprisoned in 2021.

1. Nguyen Van Hoa (Vietnam)
Nguyen Van Hoa, a Vietnamese reporter and videographer with Radio Free Asia (RFA) is serving a seven-year prison sentence, being followed by three years of house arrest, on anti-state charges. Prosecutors said the blogger’s reporting, including on a 2016 industrial accident, was aimed at “propagating against, distorting, and defaming the government.” He has been placed in solitary confinement and has been physically abused in prison.

2. Wan Yiu-sing (China)
Wan Yiu-sing, an internet radio host and commentator who covers political issues in mainland China and Hong Kong for the independent internet radio channel D100, was arrested by Hong Kong police in February 2021. Wan’s arrest came amid authorities’ crackdown on Hong Kong’s pro-democracy movement. He is being held in detention while on trial for alleged sedition and money laundering and has had to be hospitalized while in detention.

3. Thomas Awah Junior (Cameroon)
Cameroonian journalist Thomas Awah Junior was arrested in January 2017 and is serving an 11-year sentence in Kondengui Central Prison in Yaoundé on false news and anti-state charges. He is in poor health, and in 2019, he was sentenced to an additional three years in jail to run concurrently with his original sentence for his alleged role in a prison protest.

4. John Wesley Amady and Wilguens Louis-Saint (Haiti)
Suspected gang members ambushed and shot Amady and Louis-Saint while they were reporting on the lack of security in Laboule 12, a gang-controlled area in the Port-au-Prince commune of Pétion-Ville. Amady was on assignment for the broadcaster Radio Écoute FM, and Louis-Saint worked for the online outlets Télé Patriote and Tambou Verité.

6. Frenchie Mae Cumpio (Philippines)
Arrested in 2020, Cumpio, executive director of the Eastern Vista news website and a radio news anchor at Aksyon Radyo-Tacloban DYVL 819, frequently covered alleged police and military abuses. Cumpio had previously faced harassment and intimidation from people she believed to be security agents. She is currently held in pretrial detention on charges of illegal firearms possession. 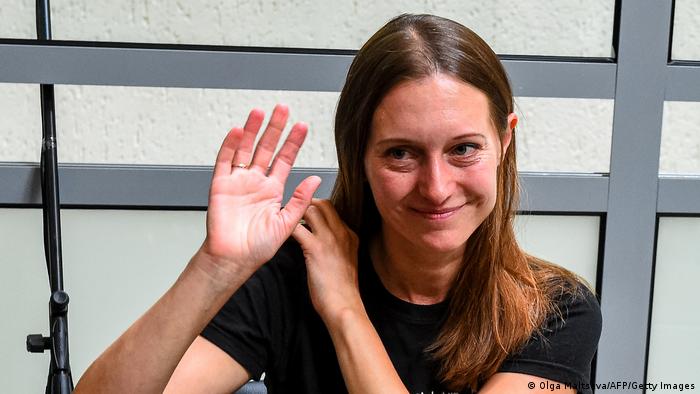 7. Svetlana Prokopyeva (Russia)
Prokopyeva is a regional correspondent for Radio Svoboda, and a 2020 CPJ International Press Freedom awardee. In early 2019, armed law enforcement officers raided Prokopyeva’s apartment, seized her equipment, passport, and personal belongings, and interrogated her at a police station. In 2020, Prokopyeva was convicted of “justifying terrorism” and ordered to pay 500,000 rubles ($6,980) in fines. The court also ordered the confiscation of Prokopyeva’s mobile phone and laptop computer, and she remains on Russia’s terrorist list in retaliation for her work.

8. April Ehrlich (USA)
In September 2020, police arrested local radio reporter April Ehrlich in Portland, OR, while she was covering evictions of people living in a city park. Police charged her with criminal trespassing, interfering with a peace officer, and resisting arrest. Some of these misdemeanors could come with prison terms up to 364 days and fines up to $6,250.

9. Gulchehra Hoja (China/USA)
After joining Radio Free Asia in the U.S., journalist and 2020 IWMF Courage in Journalism awardee, Gulchehra Hoja was sent a “red notice” from China, banning her from returning home. Today, members of her family have been deliberately targeted with constant government surveillance harassment and have endured numerous detentions in retaliation for her coverage of human rights, and her work at Radio Free Asia, according to Gulchehra and IWMF.

Uighur journalist Gulchehra Hoja: 'I have my own sad story to tell.'

10. Fernando Solijon (Philippines)
Two gunmen on a motorcycle shot Solijon in 2013. Solijon, a radio commentator with DxLS Love Radio of Iligan City, was declared dead on arrival at a local hospital. During his regular radio program, Solijon frequently criticized local politicians and had received threats for his reporting. Almost ten years on, partial impunity remains in his case, as not all those responsible for his death have been held to account.

The One Free Press Coalition uses the collective audiences of member organizations like DW, Washington Post, Reuters, and AP to stand up for journalists under attack to pursue their work worldwide. The Coalition conceives and shares a list each month, highlighting journalists who are incarcerated, under threat, or facing injustice.