Racist YouTube videos get a refugee pre-roll ′ad′ in Germany | Germany | News and in-depth reporting from Berlin and beyond | DW | 22.04.2016

A surprise awaits Germans searching for racist videos on YouTube: pre-roll "ads" that aren't ads at all. They show refugees refuting lies and telling their own story, and they're part of a guerilla-style campaign. 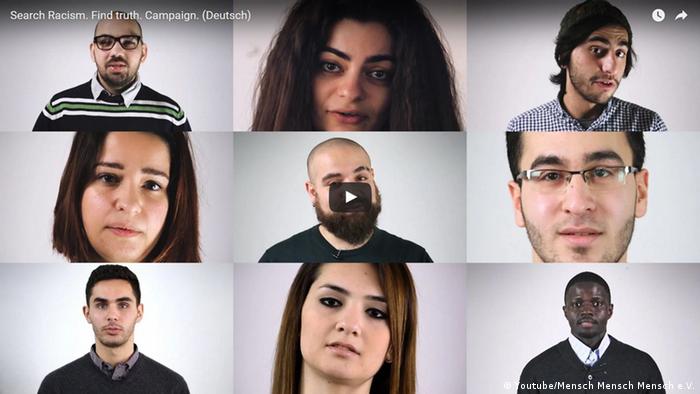 On YouTube, the speeches of Lutz Bachmann are a popular choice for Germans seeking a long-winded, xenophobic rant on the issue of asylum seekers in Germany. Bachmann, who's on trial for a Facebook comment he denies writing, is the founder of the anti-Islamization PEGIDA group.

Now, searching for one of his speeches can lead to an unexpected result: A 30-second pre-roll "ad" from a refugee. In one, the speaker directly refutes Bachmann's arguments.

"Lutz Bachmann is going to tell you that all refugees are criminals," says Serif, a 31-year-old refugee from Syria. "I've never been to prison, but Lutz Bachmann has. The PEGIDA boss has been sentenced for theft, assault, robbery and drug-dealing."

Serif goes on to say that he does have something in common with Bachmann, though. They've both fled their countries - Serif from war, and Bachmann to South Africa to avoid German authorities.

Even Germany's chancellor, Angela Merkel, was herself a refugee from East Germany, Serif points out.

"Search Racism. Find Truth." is a guerilla campaign by the "Flüchtlinge Willkommen" organization ("Refugees Welcome"). It has purchased advertising rights to very specific YouTube search queries and pre-empted them with pre-roll "ads." Where users would normally see the "skip ad" button, they instead see "skip prejudices." Clicking it leads to the website behind the campaign. YouTube Germany told DW that the link resembling the "skip ad" function is in fact just an "annotation link," which the organization created itself.

One subtitled "ad" features a 26-year-old Syrian named Firas al-Shater, who speaks in German. (DW readers might recognize from his own viral YouTube video "Explaining Germany to Germans.")

"Unfortunately, I've noticed that there's prejudice everywhere, even on Google. When I write 'Refugees are,' then comes [from Google's autofill function] 'freeloaders,' 'terrorists,' 'criminals.'

In addition to YouTube, the campaigners have also paid for Google search ads, so that sponsored links pop up for specific queries. One example is the phrase "Asylanten raus," or "asylum seekers get out."

Googling the German phrase results in a top-placed ad that reads: "What do asylum seekers want?"

The link sends the user to a YouTube video featuring Najlaa, a 23-year-old Syrian refugee. "Do you think I care about money?" she asks after describing how her home was bombed and destroyed. "Three of my cousins were killed."

In total, the video project features nine refugees. Longer versions of the videos, which tell the refugees' whole story, can be seen on YouTube or on the organization's website. Since unveiling the initiative on April 18, each of the pre-rolls has been seen thousands of times.

Given the confrontational nature of the guerilla-style campaign, not every user is thrilled.

"Illegally crossing country borders isn't criminal in this case?" wrote YouTube user Sebastian Ruud in response to a pre-roll of Aglia from Syria. "Please don't misunderstand. I'm not totally against refugees, but everything's being portrayed a bit sugar-coated here. I work in a fitness studio directly next to an asylum center, and I can tell far different stories."

The "Search Racism. Find Truth." campaign comes at a time of increased refugee tensions in Germany. Sexual attacks in Cologne on New Year's Eve have increased anti-refugee fears amongst the German populace. There has been a rise in the number of hate crimes and in right-wing activity online. 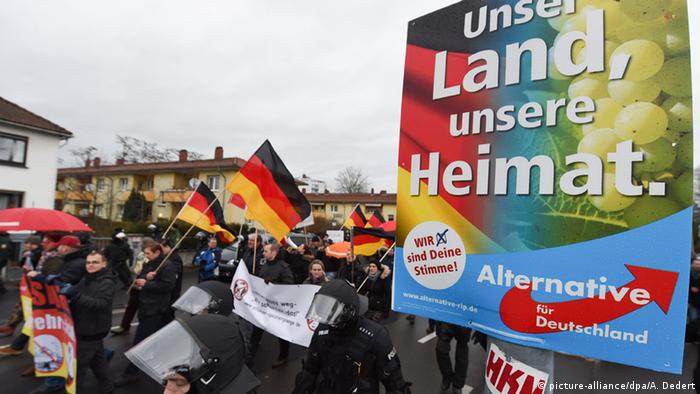 PEGIDA protesters have dwindled, but support for the right-leaning AfD party has risen dramatically

Neo-nazi groups in the country have become skilled at using the Internet to spread their messages of racism, xenophobia and hate. They do so via Facebook groups, by issuing racist hashtag challenges and, increasingly, through aggressive comments in online forums.

Action groups have responded. One German blogger, "Perlen aus Freital," simply documents the hate speech by posting it to a Tumbler blog, a Facebook page and a Twitter account. Another movement has suggested de-friending racists. "Hass Hilft" ("Hate Helps"), donates one euro to refugee organizations every time an instance of hate speech is documented online. The group struck again on April 20 after a German restaurant posted a neo-Nazi "birthday special" on Adolf Hitler's birthday.

One of the top-voted comments, written by "Mcminer," reads: "Best action on YouTube that I've seen in a long time :)"

'Refugees Welcome' is Germany's Anglicism of the year

It was a popular hashtag and appeared on countless Facebook header photos. "Refugees Welcome" has been named Germany's 2015 Anglicism of the year for its omnipresence and relevance. (26.01.2016)