Lutz Bachmann is set to appear in court over controversial comments he made about refugees. He already has a criminal record that includes theft, dealing drugs, drunk driving and failure to pay child support. 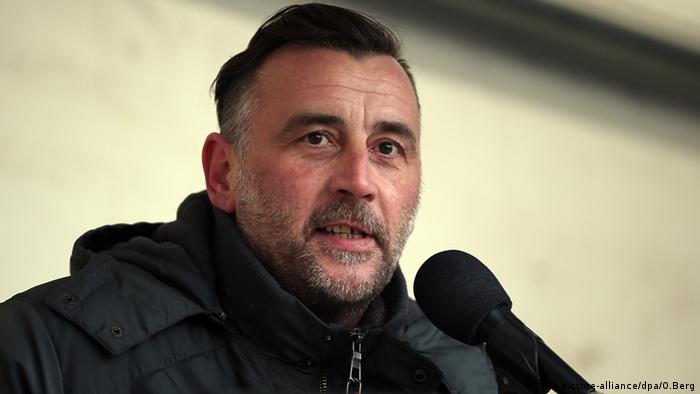 The 42-year-old Bachmann, founder of Patriotic Europeans Against the "Islamization" of Europe, or PEGIDA, appeared in court in Dresden on Tuesday after being charged for inciting hatred against migrants in October.

Bachmann drew fire after referring to refugees as "filth" and "cattle" on his Facebook page in 2014, comments that the court said "disrupted public order" and were an "attack on the dignity" of refugees.

The party founder, who appeared in court alongside his wife, faces up to five years in prison. He called the charges an attempt to "discredit my person and Pegida" on his Facebook page.

The heavily secured courtoom was reportedly filled at the beginning of the trial, with many attendees having to remains outside.

The trial comes as PEGIDA has gained a sizable following around the country amid criticism surrounding Chancellor Angela Merkel's refugee policies. In January, thousands of PEGIDA demonstrators in Dresden protested against the intake of refugees, leading to at least 10 cars being set on fire.

As supporters of the anti-Islamization group PEGIDA took to the streets in Leipzig, others lit candles to protest their presence. Naomi Conrad reports from Leipzig. (11.01.2016)