The resumption of direct flights between Doha and Riyadh for the first time since 2017 is the latest step towards ending a multi-year rift between the two Gulf states. 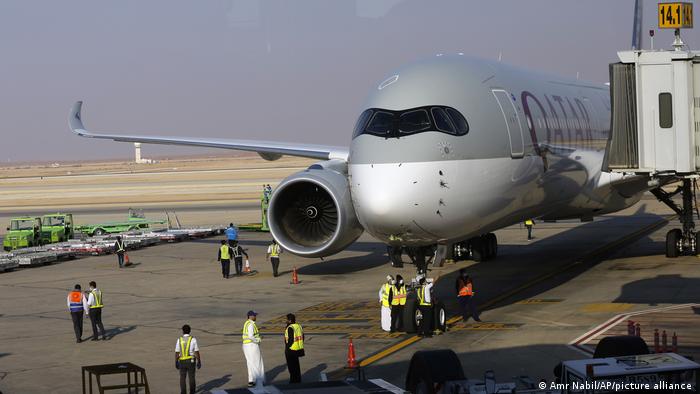 A passenger plane flew from Qatar to Saudi Arabia on Monday, making it the first direct flight between the two Gulf states in over three years.

The Qatar Airways jetliner took off from Doha Airport around 1100 GMT, touching down in Riyadh just over an hour later.

The company added that flights will resume this week to the Saudi cities of Jeddah and Dammam.

Saudi Airlines is also set to resume flights to Doha later on Monday.

The resumption of direct flights comes after Saudi Arabia reopened its airspace and border with Qatar last week.

The two states are seeking to normalize ties after striking a deal to end Saudi Arabia's 2017 blockade of Qatar.

The countries involved in the boycott — Saudi Arabia, the United Arab Emirates (UAE), Bahrain and Egypt agreed to lift restrictions against Qatar at a summit last week.

Bahrain and the UAE announced that they would reopen their airspace to Qatar, although travelers are still not yet able to book direct flights on Emirati and Bahrani state-owned airlines.

Egypt has not yet released details on restoring its ties with Qatar.

The decision to end the years-long boycott comes as Saudi Arabia moves to position itself as a peacemaker in the region and came with the backing of regional mediator Kuwait and outgoing US President Donald Trump's administration.

What was the rift about?

In June 2017, Saudi Arabia and its three regional allies severed diplomatic and commercial ties with Qatar.

The Gulf state allies accused Qatar of backing Islamist groups that were close to Iran and financing extremist groups in the region.

Qatar, a tiny and energy-rich state, denied the charges. Officials in Doha also criticized the boycott as a bid to undermine its sovereignty.

The closure of local airspace forced Qatar Airways to fly its aircraft over Iran, while paying significant fees to Tehran in the process.

As the blockade continued, the economic impact of the crisis was felt across the region — coupled with the coronavirus pandemic and low oil prices.