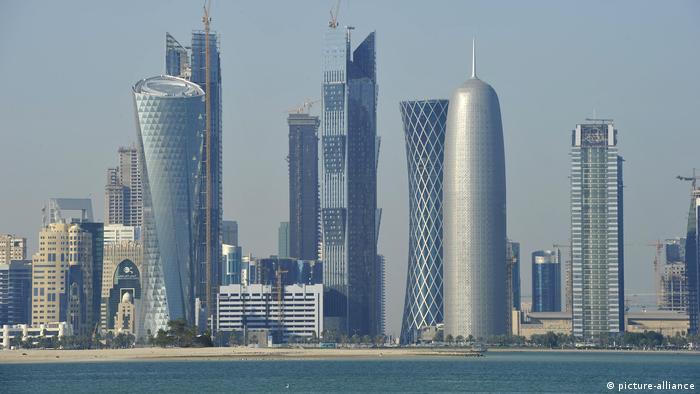 Saudi Arabia and its allies have boycotted Qatar since 2017

Kuwaiti Foreign Minister Sheikh Ahmed Nasser Al Mohammad Al Sabah has said progress had been made toward ending a row between Saudi Arabia and its allies and Qatar.

"Fruitful discussion have taken place recently in which all sides expressed their keenness for Gulf and Arab unity and stability, and to reach a final agreement that realizes lasting solidarity," he said in a statement on Friday.

Saudi Arabia, the United Arab Emirates, Bahrain and Egypt cut diplomatic, trade and travel ties with Qatar in mid-2017. They accused the country of backing radical Islamist movements and Iran, setting out a lengthy list of demands for the dispute to be resolved.

Qatar, which is home to the region's largest US military base, has denied the charges and said the boycott aims to undermine its sovereignty.

Earlier Friday, he said there had been movement. However, he said he could not predict whether a breakthrough was imminent or would fully resolve the matter.

Qatar: Solution should be 'holistic,' based on mutual respect

The four countries had set out 13 demands for Qatar. They included closing the Al Jazeera news network, closing a Turkish base on its territory, cutting any links to the Muslim Brotherhood and downgrading links with Iran, with which it shares a giant gas field.

Al Thani said any solution should be "holistic" and based on mutual respect.

"No country is in a position to impose any demands on another country, whether from Qatar or from the quartet... Each country should decide its foreign policy," he added.

Al Thani also praised recent efforts by White House senior adviser Jared Kushner, who was in Doha for talks on Wednesday after a visit to Saudi Arabia.

"We hope this progress can lead to a final agreement which looks within reach and I can say I am somewhat optimistic that we are close to finalizing an agreement between all the nations in the dispute," said Saudi Foreign Minister Faisal bin Farhan al-Saud.

Washington has been campaigning for the countries to reopen Gulf airspace for Qatari aircraft as a first stage to bringing the crisis to an end.

The dispute has ripped apart the typically friendly Gulf Cooperation Council, a six-nation group made up of Bahrain, Kuwait, Oman, Qatar, Saudi Arabia and the UAE.