Putin shakes things up in the Kremlin | Europe | News and current affairs from around the continent | DW | 20.08.2016

Putin shakes things up in the Kremlin

On the 25th anniversary of the 1991 coup, Fiona Clark takes a look at what might be prompting Russian President Vladimir Putin’s shuffling of positions within the Kremlin walls. 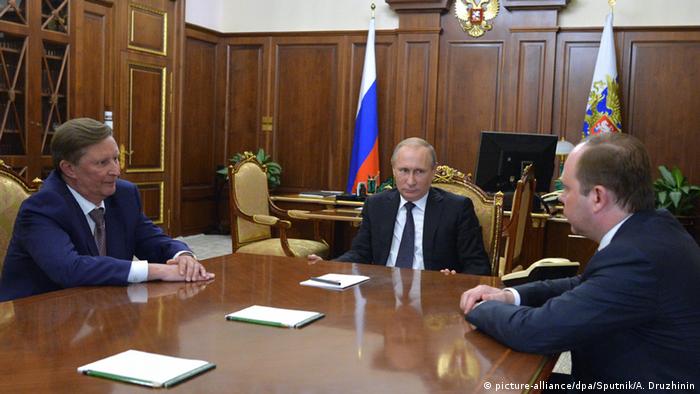 Over the past few months Putin has been shaking things up a bit inside the Kremlin walls. But the question is, why? The most recent and high profile movement is the demotion of his long-time friend and ally, Sergei Ivanov, from his position as chief of Putin's administration.

Ivanov has been at the president's side since their days in the KGB in the 1970's. When Putin was running the KGB's successor, the FSB, Ivanov was his deputy and he took over from Putin when he moved into politics. He soon followed his leader to the Kremlin when Putin appointed him as defense minister and later deputy prime minister, and just over four years ago he stepped in to head up the administration. In terms of Kremlin hierarchy, he was said to be number 3. Now, as he moves to take up the role of "special presidential representative for environmental protection, ecology and transport" you'd be lucky to find a ticket with enough numbers on it to describe where he sits in the power pyramid.

This demotion may well an act of kindness by the president: Giving a man bereft with grief over the death of his son in 2014 a bit of space in a less high-profile position to recover. After all he has kept his position on the country's Security Council. But it can equally be seen as one more demotion, firing, removal or sideways push as the president restructures departments and shuffles the deck chairs around. 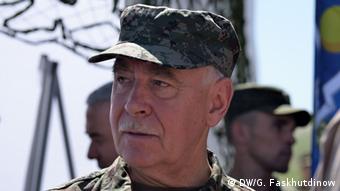 Another one bites the dust

In May Putin removed another longtime ally, Viktor Ivanov, from the head of the country's narcotics bureau, the FSKN. He shut down the organization and offered Ivanov a position as a deputy minister which he refused. As Putin was closing the FSKN he was opening a new department - the National Guard, headed up by another former friend - this time his body guard, Viktor Zolotov. The National Guard's role is to fight organized crime and terrorism.

There was much speculation at the time about why such an organization was needed, with some analysts calling it a Putin's personal army and others claiming it was a counterbalance to the defense ministry run by the popular minister, Sergei Shoigu.

Before Viktor Ivanov's demise came that of Vladimir Yakunin, another longtime Putin colleague who headed up the national railways. Scandals and allegations of mismanagement had plagued his department as they had the FSKN, where a senior staff member was wanted by Interpol.

Their removal could be seen as Putin cleaning the decks in the lead-up to the parliamentary elections in September, and some say it could signal that he's planning on bringing forward the 2018 presidential election, which will no doubt give him another six-year term in office. But while Viktor Ivanov and Yakunin may have been tarred by the mismanagement brush, Sergei Ivanov was not. He has a clean and impeccable record of service. 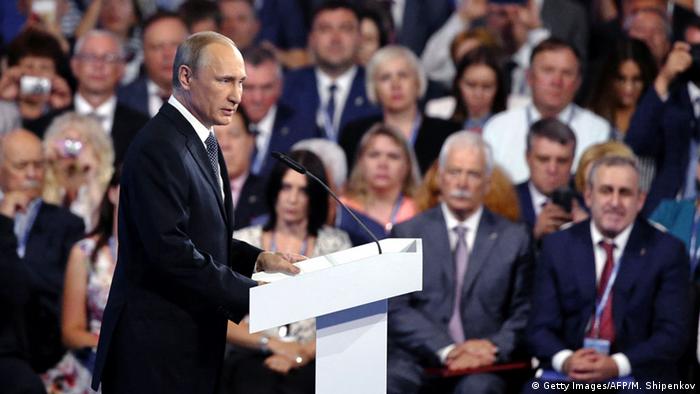 There is also speculation that the removal of Kremlin cronies is an attempt by Putin to establish an administration of acolytes, staffed by minions who do as they're told rather than question the leader. But the appointment of the bodyguard to take charge of the National Guard seems to go against that theory.

And if, as some suggest, the president is feeling paranoid about his position of power, especially after the attempted coup in Turkey, it would be odd to remove those who have been loyal for decades and replace them with relative unknowns.

There's no doubt that a coup in a country so close to Russia would send shivers down Putin's spine. His halcyon days are over. The country is under extreme economic pressure. There is growing discontent at rising living costs and falling purchasing power and disgust at the unbelievable gap between the rich and the poor.

On the 25th anniversary of the 1991 coup attempt that lead to the collapse of the Soviet Union, he could well be wondering if the same fate could befall him. And that thought may explain why it's become virtually impossible to get permission for a demonstration, why the last remnants of free media are being shut down and why this week another two NGOs were named as foreign agents.

So while the chairs have been re-arranged, the noose has tightened around civil society, especially opposition groups. But there is only so long a lid can be kept on a pressure cooker, and Putin will have to do much more in terms of stemming corruption and stopping the outrageous displays of wealth and bad taste to convince the population that the administration is a lean clean machine that hears its country's problems and acts in its best interests.

But then again, there is no opposition, and according to a Levada Center poll, 53 percent of Russians think the election will be rigged anyway - so why try too hard?