Putin Accuses US of Sparking Georgia Conflict | Europe | News and current affairs from around the continent | DW | 29.08.2008

Russia's prime minister claimed Washington manufactured the Georgian war in an effort to give one US presidential candidate the edge in the November election. The White House dismissed the allegation as "patently false." 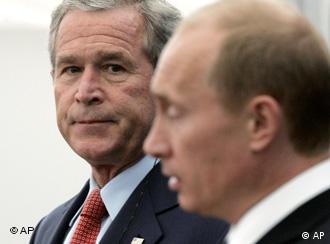 Russian Prime Minister Vladimir Putin on Thursday, Aug. 29, claimed that "someone in the US specially created this conflict," reported AFP news agency. The accusation came as tensions between Russia and the US continue to mount.

In an interview with CNN, Putin pointed to the fact that US citizens were in the conflict area when the hostilities in Georgia erupted.

"It should be admitted that they would do so only following direct orders from their leaders," he said. "The American side effectively armed and trained the Georgian army." 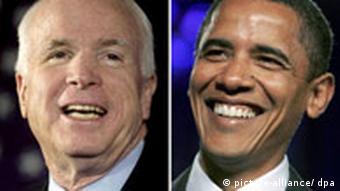 Is the US using Russia's war with Georgia to give one candidate the edge?

Putin went on to speculate about the reason behind what he considers the US' role in sparking Russia's conflict with Georgia, pointing to the presidential election between Democrat Barack Obama and Republican John McCain on Nov. 4.

"If my guess is right, then it raises the suspicion that someone in the US specially created this conflict to worsen the situation and create an advantage in the competitive struggle for one of the candidates for the post of president of the United States," he said.

Russia "needs to stop blaming others for the aggression that it carried out against a neighbor," said Robert Wood, State Department deputy spokesperson. 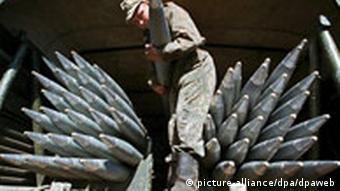 The US is considering scrapping its nuclear cooperation with Russia

Putin's scathing words came just as the US is considering scrapping a nuclear deal with Russia in protest of the nation's actions in Georgia.

White House spokesperson Dana Perino said that halting work on a civilian nuclear cooperation with Russia is "under discussion" by the Bush administration following Moscow's role in the bloody conflict as well as its recognition of Georgia's breakaway regions of South Ossetia and Abkhazia as separate states on Tuesday, reported AFP.

Heightening tensions with Russia are likely to make US Vice President Dick Cheney's visit to Georgia next week even more sensitive. Cheney is scheduled to visit several countries in the region.

"The overriding priority, especially in Baku, Tbilisi and Kiev, will be the same: a clear and simple message that the United States has a deep and abiding interest in the well-being and security in this part of the world," John Hannah, national security adviser to Cheney, told reporters on Thursday.

The UN Security Council met behind closed doors to discuss the crisis in Georgia, its first meeting since Russia recognized the independence of the two breakaway provinces at the heart of the conflict. (28.08.2008)

Readers shared their views on the roles of the USA, Europe and Russia in the ongoing stalemate regarding Georgia's breakaway regions. (27.08.2008)