Christian Pulisic has impressed in Germany as one of Dortmund's array of young stars. But his latest performance for his country saw fans, media outlets, players and coaches from the USA rushing to eulogize his talent. 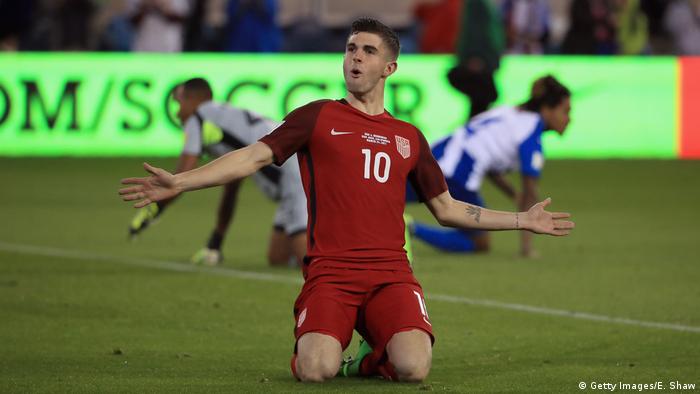 The 18-year-old has already demonstrated his potential - often from the bench - for Thomas Tuchel's side, averaging a goal or assist every 125 minutes, this term. But his performance in his country's 6-0 World Cup qualifying win over Honduras on Friday has had his countrymen drooling.

Pulisic, America's youngest ever player, scored and had a major hand in three of America's other goals. ESPN described his display as: " A coming-out party of epic proportions, reinforcing the obvious fact that he's the US's best attacking player at the age of 18. Revelatory vision."

For such a major sporting nation, the USA have never quite cracked the global game, with a quarterfinal spot in the 2002 World Cup their best showing in recent times.

But the young attacking midfielder has given American soccer fans fresh hope and drawn favorable comparisons to Landon Donovan, the former Bayer Leverkusen and Bayern Munich forward considered one of the country's greatest players.

"He does remind of Landon, but he has a long way to go before he gets to stand next to Landon," USA coach Bruce Arena said after the game. "Christian is just starting and we don't know what it's going to look like 10 years down the road."

But for many stateside commentators on the game, such caution is unnecessary.

"You know those kid gloves we were using to try and temper the expectations and protect Pulisic from the kind of hype that has ruined other promising young Americans? You can take those gloves and throw them in the trash," wrote Goal.com's US site. 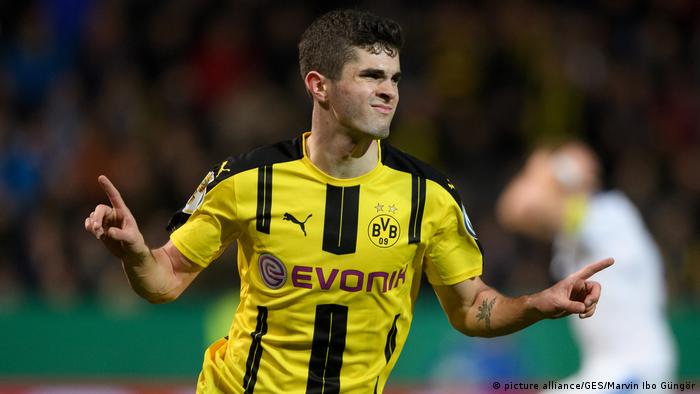 Pulisic has impressed when given the chance at Borussia Dortmund

Even Donovan himself is impressed: "I just think he's so much further ahead than I was or than any of us were at that age," the country's most capped player and all-time top goalscorer said.

And it's Donovan's praise that seems to mean the most to Pulisic himself.

"He was an idol of mine," Pulisic said. "It's obviously an honor, but I'm my own player, as well. So I'm just trying to do it for me."

So far, his way seems to be working out just fine.

USA boss Jürgen Klinsmann has hailed the "unlimited potential" of Christian Pulisic ahead of his side's World Cup qualifiers. The former Germany boss has been impressed by the 18-year-old's Bundesliga form. (09.11.2016)