USA boss Jürgen Klinsmann has hailed the "unlimited potential" of Christian Pulisic ahead of his side's World Cup qualifiers. The former Germany boss has been impressed by the 18-year-old's Bundesliga form. 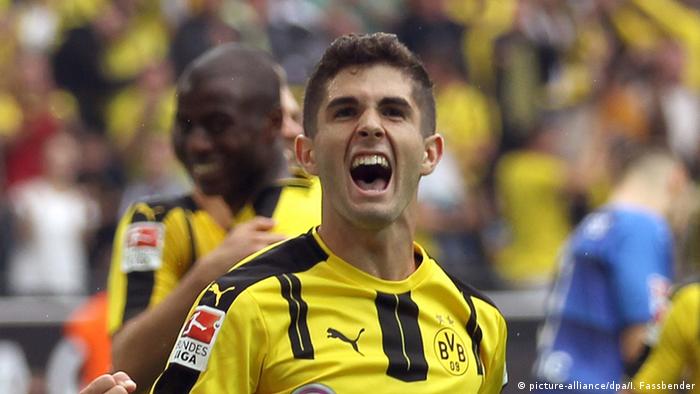 Klinsmann, who was named an honorary captain of the German national team last week, told fifa.com that the Borussia Dortmund starlet has impressed with his maturity ahead of the US team's crucial matches against Mexico and Costa Rica.

"He's certainly got absolutely unlimited potential," the 52-year-old said. "I've always said you have to make your own destiny, and he's doing exactly that. In America it's the exception rather than the rule to have a player who's so well developed at that age, but in Europe they live by the maxim 'if you're good enough, you're old enough'."

Pulisic is enjoying a breakthrough season at Dortmund, forcing his way in to a fiercely competitive attacking line up and racking up two goals and four assists in eight Bundesliga appearances this term. His national team coach thinks he can be the man who makes the difference for his side, both immediately and longer term.

"Pulisic is exactly the kind of puzzle piece we were hoping for this year. On top of that, he's a wonderful example for other young players of what's required to play at the very top and to prove yourself there.

"It's fantastic that Pulisic is playing for Dortmund in their crucial games in the Bundesliga, and that he's also getting game time in the Champions League," added Klinsmann. "Who would have thought that'd be the case a year ago? Nobody."