Borussia Dortmund's Christian Pulisic, 17, has become the youngest player to represent the United States in a World Cup qualifier. This dashed any hope Croatia may have had of snaring the young talent. 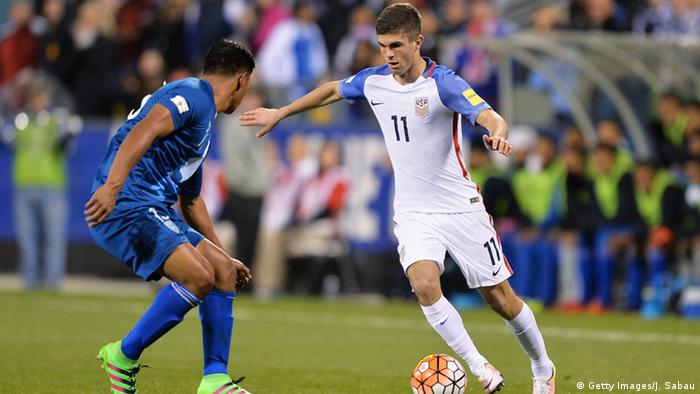 Pusilic, an attacking midfielder, who became the eighth-youngest player in Bundesliga history when he made his Dortmund debut in January, played the last nine minutes of the USA's 4-0 win over Guatemala in Columbus, Ohio on Tuesday.

The appearance means Pusilic is "cap-tied," meaning he is no longer eligible to play for Croatia the homeland of one of his grandfathers.

"It's been a dream of mine to play for the US national team," Pulisic said after the match. "It finally came true, so I'm thankful."

Former Germany boss Jürgen Klinsmann, now in charge of the US team, is excited about the youngster's potential.

"Our goal was to get Christian Pulisic some minutes," Klinsmann was quoted as saying on Bundesliga.com. "Even in his limited minutes you could see the talent he has."

Pulisic, who doesn't turn 18 until September, has made four appearances for Dortmund in Germany's top flight this season after signing for the club in January 2015.

The United States are second in Group C of their World Cup qualifying group, three points behind Trinidad and Tobago with two games left to play, at home to St Vincent and the Grenadines and away to the group leaders.