Police have been attacked by protesters at asylum seeker shelters in the German states of Saxony and Brandenburg. The overnight unrest comes after reports of a massive increase in attacks on refugee homes. 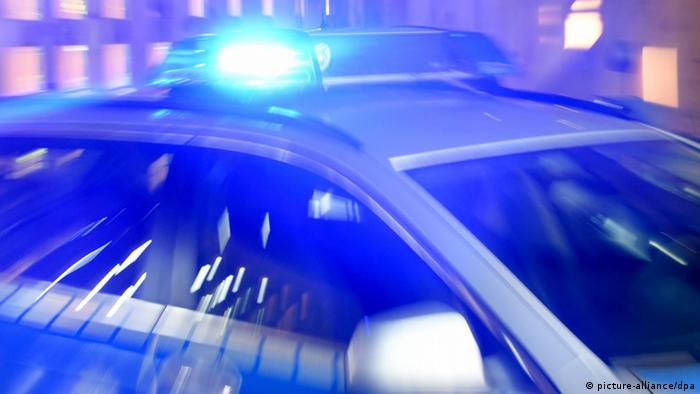 A small group of protesters massed outside a planned refugee home in the eastern city of Dresden hurled stones, firecrackers and bottles at police late Friday.

The crowd chanted xenophobic slogans, as individuals in black hoods tore down a pro-asylum seeker banner from the school building to cheers from residents in a neighboring apartment block, according to the "Sächsische Zeitung."

"It took some time for peace to be restored," a police spokesman said, adding that it wasn't the first time the property had been targeted.

Also on Friday, emergency services were called to break up a far-right protest at an asylum shelter in Cottbus, southeast of Berlin. Police said a group of about 400 people had tried to storm the building during a refugee welcome party. According to the daily paper "Lausitzer Rundschau," there were prominent neo-Nazis among the crowd.

German authorities have recorded more than 490 attacks on asylum seeker shelters across the country so far this year - more than double the number of attacks for the whole of last year.

"We are seeing a massive rise in xenophobic attacks against asylum seekers," German Interior Minister Thomas de Maiziere told newspapers of the Funke media group. "This is a disgrace for Germany."

"I find this growth in the number of people who are using violence, alarming," De Maiziere said, adding that hate mail, insults and foul language were fuelling the violence.

He also warned against what he called a "clandestine acceptance" among society.

At least 800,000 people are expected to apply for asylum in Germany this year alone. And although many Germans have been welcoming towards new arrivals, there are also signs the country could struggle to cope with such high numbers over an extended period of time.

In a piece written for the news magazine "Spiegel," Vice Chancellor Sigmar Gabriel and Foreign Minister Frank-Walter Steinmeier, both from the grand coalition partner party the Social Democrats, wrote that the current situation was not sustainable.

"We cannot, in the long term, take in and integrate more than a million refugees each year," they wrote. "Despite the unparalleled preparedness to help shown by Germans, we need to do what is possible so that the numbers of people migrating to Germany is reduced again."