Villagers and scientists are working together to protect rare primates in the Ebo rainforest.

The Ebo forest in the Congo Basin is the second largest tropical rainforest in the world, after the Amazon Basin. It covers about 1,500 square kilometers (580 square miles) in Cameroon, and is home to rare primates, including chimpanzees and gorillas that are targeted by poachers.

The Ebo Forest Research Project was launched eight years ago by scientists from Cameroon and the United States. They are working in close cooperation with three comnunities in the forest to protect these endangered animals. By joining the Gorilla Friends Club, villagers can participate in monitoring the forest, where a new subspecies of gorilla has been found. They follow the animals' movement based on their droppings, tracks and nests and using camera traps. 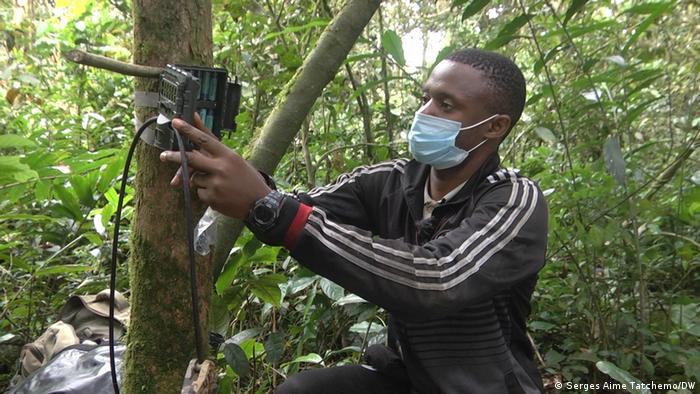 Setting up a camera trap in the Ebo Forest

At the same time, the club members receive training on animal husbandry and agriculture, so that those who used to rely on poaching can make a living without coming into conflict with their gorilla neighbors.

Project goal: The Ebo Forest Research Project is campaigning for the Ebo Rainforest to become a community-managed area, with a no-entry zone protecting the gorillas' habitat.

Project implementation: By raising awareness among locals and involving them in conservation through the Gorilla Friends Club, the project aims "to become a Cameroonian-run, self-sufficient research and conservation project with long-term, sustainable goals at its core."

Project partners: The project is implemented by  San Diego Zoo