The 11-year-old son of a prominent banker in the financial metropolis of Frankfurt, was found dead on Tuesday after a four-day kidnapping ordeal. The case is the latest in a history of high-profile abductions in Germany. 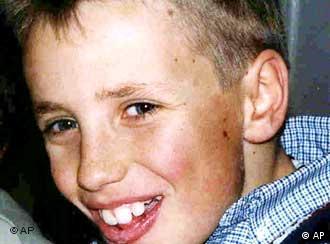 The brutal death of 11-year-old Jakob von Metzler was confirmed on Tuesday evening after police officials found a sack with his corpse near a lake in Schlüchtern, a town north-east of Frankfurt in the German state of Hessen.

Officials believe that Jakob von Metzler was killed either by suffocation or drowning four days ago, on the day he was kidnapped.

Police have arrested a 27-year-old law student from Frankfurt, Magnus G, a friend of the Metzler family, on suspicion of carrying out the crime. They believe that Magnus G was acting alone.

A court in Frankfurt has pressed charges against the law student for murder and kidnapping on ransom. If convicted, the arrested man faces a term of life imprisonment.

The death of Jakob von Metzler brings a four-day kidnapping ordeal to a tragic end.

The 11-year-old son of a prominent banker’s family in Frankfurt was last seen by a schoolmate on Friday morning as he made his way home from the bus stop after school.

Jakob however never made it home. An hour later the Metzler family received a ransom note from the kidnapper demanding a million euro and the promise that Jakob would be freed unhurt after the ransom was paid.

But after the 11-year-old didn’t turn up even after the payment of the ransom on Sunday, the police went public with a feverish search for Jakob on Monday involving some 1000 officials combing the wooded surroundings of Schlüchtern for traces.

Three further suspected persons aged between 16 and 23 arrested by the police on Monday were freed on lack of evidence. But one of them tipped off the police that Jakob was probably being held in a hut near the lake in Schlüchtern.

While investigators are tight-lipped about information related to the suspected perpetrator and his motives, police are suspecting that Jakob probably willingly got into Magnus G’s car on the morning of the kidnapping because he knew him.

The law student, who lived opposite the bus stop where Jakob was last seen, was known to the Metzler family and is reported to have made friendly overtures to Jakob’s 17-year-old brother and 16-year-old sister in the past. It still remains unclear whether Magnus G was an extra tutor of the children.

Though the law student has still not explicitly admitted the crime to the police, investigators have found a large sum of money in his apartment. Magnus G is also known to the police on account of another crime.

The Head of Frankfurt’s Police, Harald Weiss-Bollandt, who personally informed the anguished Metzler family of their son’s death, spoke of a " crime despicable of humanity". The police, he said had tried "everything humanly possible" to save the life of the boy. "Unfortunately, we didn’t seem to succeed," he said.

State Premier of Hessen, Roland Koch of the Christian Democratic Union said he was deeply shocked and paid his condolences to the Metzler family. "It’s incomprehensible, that people can do something so horrible to a child," he said.

Residents of the Frankfurt district of Sachsenhausen reacted with shock and anger at the crime. Several laid down flowers and wreaths in front of the Metzler family’s villa as they tried to come to terms with the gruesome crime.

Germany has history of prominent kidnappings

The Metzler bank, founded in 1674, is one of Germany’s oldest private financial institutions. It has passed through 11 generations of the family, and has offices in Munich, Stuttgart, New York, Los Angeles, Seattle, Tokyo and Dublin.

Jakob von Metzler’s kidnapping and subsequent murder is the just the latest in a series of high-profile kidnappings in Germany in the past years.

In October 1996, Hamburg tobacco heir, Jan Philipp Reetsma was abducted and held captive for one month before his captors freed him in return for 30 million Deutschmarks ($ 13 m). The main suspect was extradited from Argentina for trial in Germany in 2000 and sentenced to 14 years and six months in prison.

In the same year Jakub Fiszman, a Frankfurt millionare businessman was kidnapped and murdered despite the payment of ransom of 4 million Deutschmarks. A suspect was later arrested.

Mr Fiszman’s six-year-old nephew, Peter Fiszman, was kidnapped in 1991 in Cologne along with a schoolmate, but both were released two days later after a ransom was paid.

US and Germany: How to deal with the last Holocaust perpetrators 03.04.2021