The .eu suffix is reserved for European Union citizens and entities, which now excludes 80,000 British websites. In a bid to avoid losing its domain, the group changed its address to Ireland. 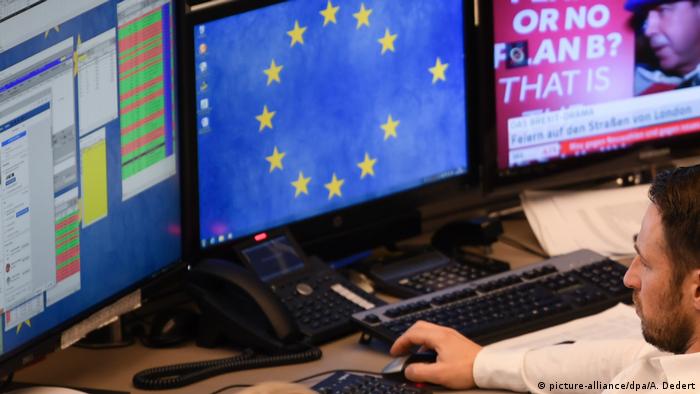 Sites that use a .eu address need to be based in the European Union or run by an EU citizen

Leave.eu is a website funded by UKIP funder Arron Banks that campaigned for Brexit. It is not affiliated with the official Vote Leave Brexit campaign but was an influential lobby group in the lead up to the 2016 Brexit referendum and subsequent negotiations.

The .eu country code top-level domain is reserved for people and entities residing in the EU. As the UK has now left the bloc, the European registry for the .eu domain, EURid, suspended all British-based .eu websites.

In a bid to avoid losing its domain name, which would affect its brand and its search rankings, the parent organization, Better for the Country, changed its address to a town in Ireland, according to the Irish Times and Euractiv.

Euractiv reported that Leave.eu was one of 80,000 British .eu websites that EURid wrote to ahead of the Brexit cut-off date.

British operators of .eu domains have until March 31 to change their address to the EU or prove that they are EU citizens, or they will lose access entirely.

Banks ran the Leave.eu group with Andy Wigmore, who confirmed to French news agency AFP that they had shifted their registered office to Waterford, a town on Ireland's southeast coast.

Wigmore defended the move in comments to British newspaper The Independent, saying: "Yes we did it and why not? Anyone can do it and thousands of companies have."

He told the paper that the move would not include the transfer of any staff or economic activity out of the UK to the EU.

The news bought mockery on social media and accusations of hypocrisy.

After Brexit: Europe separates from Britain

After Brexit: Europe separates from Britain

British fishers are less than delighted about Boris Johnson's Brexit deal, even though he said that as a result of the agreement they will be able to catch and eat "prodigious quantities of extra fish."

Britain's Brexit transition period is over; the country has left the EU's Customs Union and Single Market. Friday's public holiday meant little cross-Channel freight traffic and none of the much-feared border queues.