Prices for basic food staples are rising in Africa, as shoppers stock on essentials and sellers seek profits amid the coronavirus scare. Across the continent, people are calling for governments to intervene. 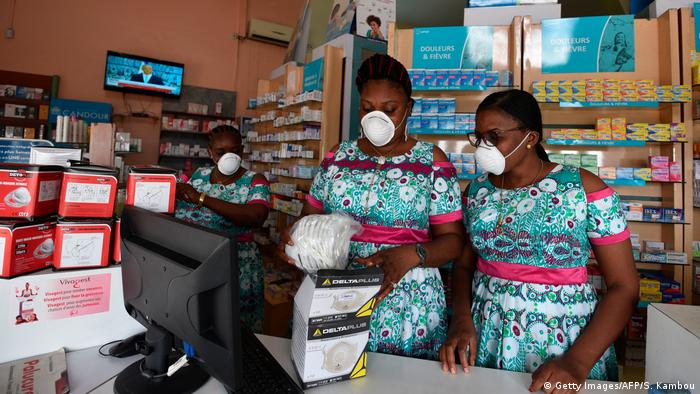 In Kigali, Jean Marie Mutsinzi often shops at the Kimironko market, among the largest of Rwanda's capital. He said he was caught by surprise by the rapid rise of prices. "The food I was buying last week at RWF1500 [US$2, €1.80] increased by more than RWF1000 and this is a problem for the people," he told DW. He added that the same is happening everywhere the country, as he has learned from relatives.

Rwanda's was the first African government to act. Late on Monday, the trade ministry fixed prices for 17 food items including rice, sugar and cooking oil. But it did not specify punishments for price-gouging.

Teddy Kaberuka, an economist based in Kigali, says the price hike is due to a number of reasons. Sellers are trying to profit from the crisis. There is also an increase of demand owing to panic-buying by people who don't know what tomorrow will bring. "Thirdly, it is connected to the global trade environment. Many commodities come from China and since the Chinese market was heavily affected since the beginning of the year, traders don't travel to China anymore," Kaberuka said. 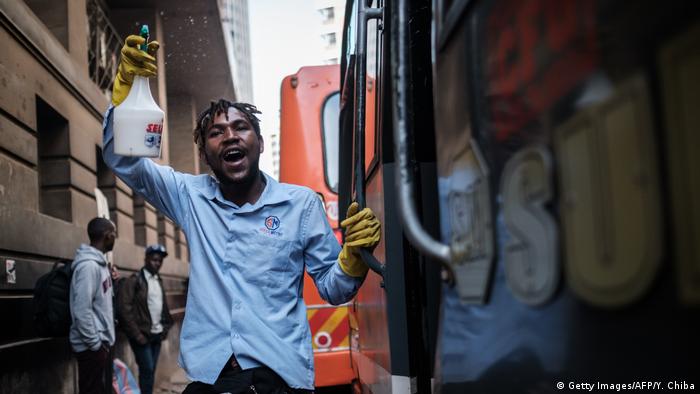 In Kenya, authorities so far have relied on appeals to traders to curb speculation. Health Cabinet Secretary Mutahi Kagwe said that "this is not the time to make abnormal profits." The Competition Authority of Kenya also warned traders against hoarding goods, threatening them with steep penalties. But the Kenyan government has set no limits on food prices. After the first coronavirus case was reported in the country last Friday, there was a rush to the shops in the capital Nairobi.

Esther Mwangi was among the worried shoppers: "I ran to the supermarkets and found out that the sanitizers are out of stock. So I had to run to the chemist where we found some. I have to use my sanitizer, because our public service vehicles have so many passengers and they handle a lot of people."

Magdalene Mwikali saw the prices rise for products that are now scarce: "Kenya being dependent on imports from China and other Asian countries, we have started to feel the impact of coronavirus with disruption to the supply chain," she told DW. Gumato Dorcase, another Nairobi resident, is worried too. "The shops are empty. We are also wondering about the availability of sanitizers in the village where our relatives are," he said, wondering whether the government was going to intervene.

Apologies from the supermarket 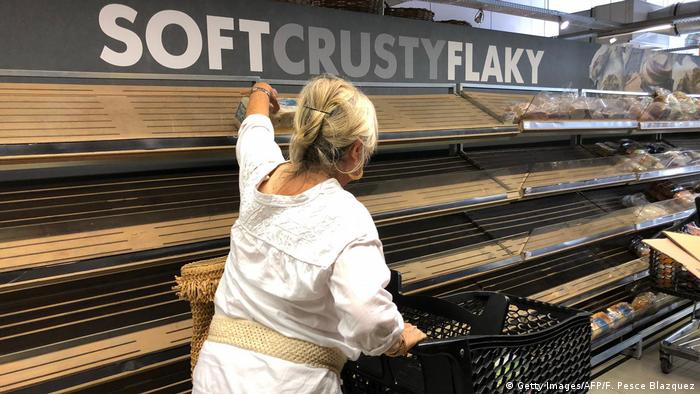 Kenya's Competition Authority did order the Cleanshelf Supermarkets chain to refund customers for overpricing hand sanitizers. The firm blamed one staff member for increasing prices without authorization and apologized.

Following the outbreak of the new coronavirus, prices have also sharply increased in Ghana, where six cases have been confirmed so far. Panicked citizens went on a shopping spree, resulting in steep price hikes of over 100% for some products. The government has not taken any measures yet to keep prices stable, except appealing to the traders' good will. Information Minister, Kojo Oppon Nkrumah, told the media that "these are not ordinary times, these are the times that we have to come together as a human species, and ensure that we do things that assure the survival of each and every one of us."

Only the beginning of price hikes?

This may not look like enough state intervention to Ama Akyiaa, a nursing mother in Amasaman, near Accra. She told DW about a sudden hike in foodstuff prices."For example: yam, okra, tomato, even our local kontomire (cocoyam leaves) has gone up." Akyiaa lamented that traders are "doing all sort of things to make money for themselves, making the citizens uncomfortable."

Economist Gordon Abeka Nkrumah says the situation will likely worsen since "Ghanaian traders are now relying on stocks that are already there. But if the virus is not contained and we push on, in five or six months we may really get to see the heat." Factories in Ghana may have to shut down, laying off workers and adding to a shortage of supplies, which would then lead to more price hikes, he told DW. 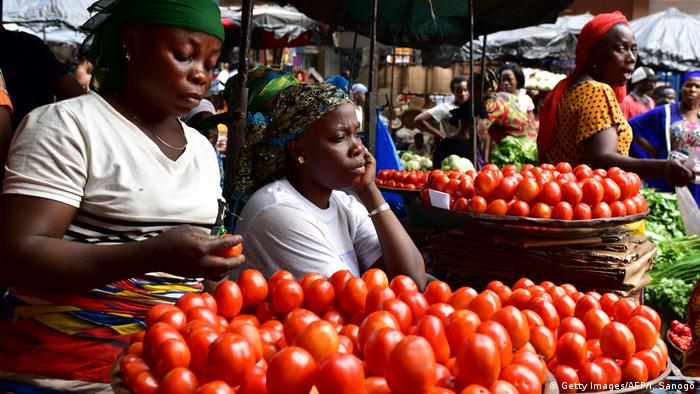 The price of food is rising quickly across Africa

In South Africa, the recent drop of fuel prices has brought a measure of relief for consumers amid the country's recession. Farmers in particular, who need the fuel for the harvesting period, could benefit from developments which are deeply worrisome for oil-producing countries like Nigeria and Angola.

According to Angolan economist Carlos Rosado de Carvalho, in the long run, if the price of oil remains low, the national currency could devalue and the lives of Angolans would become more difficult, even if traders do not raise prices. "A barrel of oil in the neighborhood of $30 means the devaluation of the kwanza, leading to higher prices in Angola, raising inflation which naturally erodes purchasing power. If oil prices are low, this can create serious problems of a social nature," he told DW. While there have only been suspected cases of coronavirus in Angola so far, it has been classified as a country at risk by the World Health Organization.

People in Nigeria are less concerned about the coronavirus than other problems in the country. But some fear the true case numbers are not yet known. DW's Fanny Facsar reports from Lagos. (17.03.2020)