Ethiopian press freedom gained a much-needed push thanks to reforms by prime minister Abiy Ahmed. But already the push back is occurring. 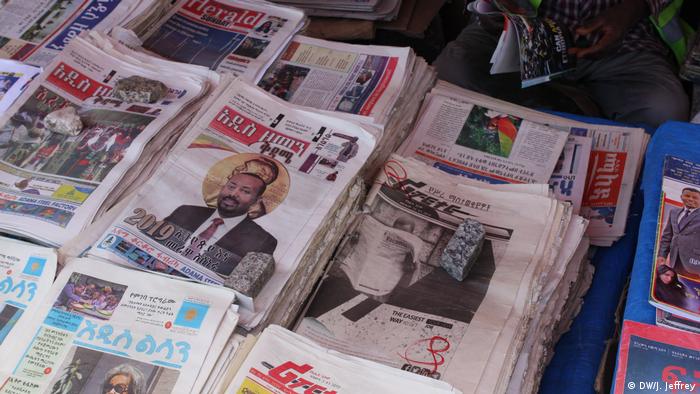 In a small barely furnished office with some of the electric wiring still showing in half-completed walls, Habtamu Mekonnen sits at his laptop putting the finishing touches to tomorrow's Berbera newspaper edition.

Just over a year old, the fledging newspaper is one of a plethora of new publications that sprang to life following the whirlwind of reforms that helped garner Abiy Ahmed the Nobel Peace Prize in October 2019.

The Nobel committee cited the prime minister "discontinuing media censorship" as one of  Abiy Ahmed's many achievements in paving the way to establish a new and better democracy in Ethiopia.

But the bonanza of media activity that followed is now generating increasing concerns that new media freedoms are being abused to stoke ethnic tensions.

Media are being accused of abetting groups seeking to leverage identity politics to destabilise the country for their own ends.

At the same time, the government is now facing criticism for repeating the authoritarian ways of previous Ethiopian governments toward media and attempting to put the lid back on what it opened. 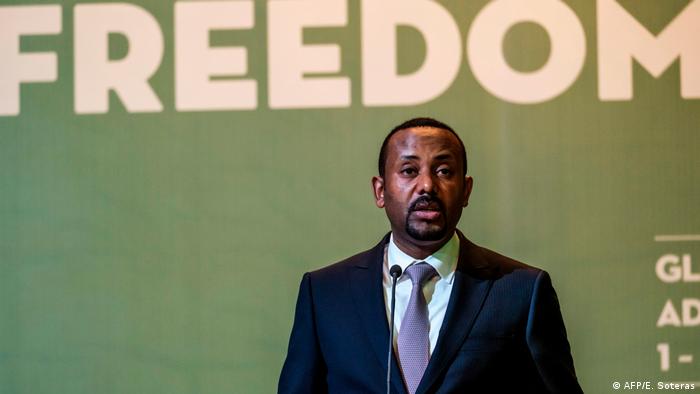 "This paper exists because of Abiy's reforms," says Berihun Adane, an Addis Ababa-based journalist who has been published internationally and who helps mentor reporters at Berera. "But now we are witnessing the same thing that has happened after every regime change: first there are lots of new magazines and newspapers, then the government starts to crack down on them."

Back in 2018, reforms that opened up Ethiopia's previously restricted media space included the freeing of detained journalists and bloggers, along with an end to the blocking of more than 260 websites and the restoration of access to media outlets which had been been forced to work in exile.

Hence in the 2019 World Press Freedom Index compiled by Reporters Without Borders, Ethiopia jumped 40 places from number 150 to 110 out of 180 countries — the biggest improvement by any country.

But Berihun has experienced the other side of this, having recently been released from three months in prison due to charges of inciting "terrorism" through his journalism.

"I had the impression Abiy was friendly to media," Berihun says about an interview he conducted with the prime minister. "Now Abiy seems to hold a view that categorizes media as either hate- and ethnic-based or as mainstream. But it should be up to professional institutions to judge media conduct."

The prime minister's concerns over ethnic tension are not without reason. Ethnic-related conflict has displaced millions, and most recently resulted in about 80 deaths at the end of October.

"Many individuals are mixing up the roles of activist and media when they shouldn't go together," says Abel Wabella, managing editor of the Addis Ababa-based newspaper Addis Zebye. "You have people running media who are calling for protests — it's totally absurd."

The political activist and media mogul Jawar Mohammed, who founded the Oromia Media Network, has come under significant criticism for making incendiary comments on social media.

The violence at the end of October erupted after Jawar Mohammed alleged that police tried to remove his security guards, which had initially been assigned by the government. His supporters argue he played no direct role in demonstrations that were a spontaneous response to the government's actions.

Abiy even addressed parliament to discuss media "fomenting unrest," focusing on the role of Ethiopian diaspora figures like Jawar Mohammed, who started his International Oromo Youth Association (IOYA) while studying in the United States.

"Using their second nationality and foreign passports as an advantage, these media owners are likely to run away to their safe havens after inciting conflicts and leading the country into chaos," Abiy said. 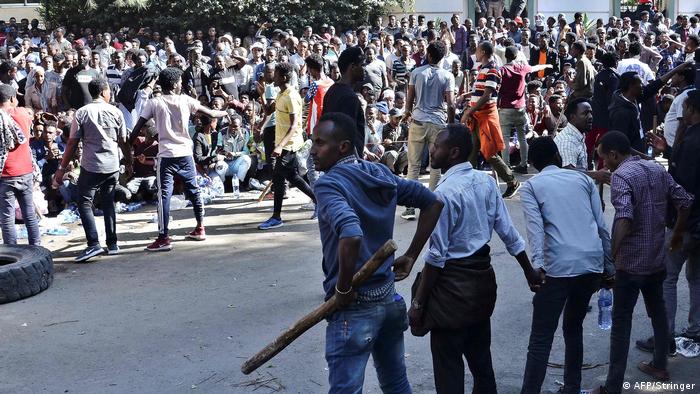 New laws in the making

Part of the problem for Ethiopia's new media landscape, says Berihun and other seasoned journalists, is that after decades of suppression it remains institutionally weak.

Hence many Ethiopians rely on social media and foreign-based media for news, increasing the chances of misinformation and manipulation permeating the news cycle.

To address this, the government says it is seeking to improve both the capacity of and regulation of local media.

"The Ethiopian Broadcast Authority is in the process of reorienting its institutional form to better regulate," says Billene Seyoum, a spokesperson for the prime minister's office. "The appointment of experienced professionals to such institutions is a commitment by the Government to undo the repressive tendencies of such institutions in their prior form."

At the same time, Billene notes, the government is developing a new media law and an anti-hate speech law.

But some in the media industry are concerned such laws could be used to further stifle their new-found freedoms.

Amnesty International has condemned the government for using anti-terrorism measures to conduct a "surge in the number of arrests” since June.

"The use of Ethiopia's anti-terrorism proclamation to arbitrarily arrest journalists is completely out of step with reforms witnessed in the country,” said Seif Magango, Amnesty International's deputy director for East Africa, the Horn and the Great Lakes. "This law must be revised to align with international standards and must no longer be used to harass journalists.” 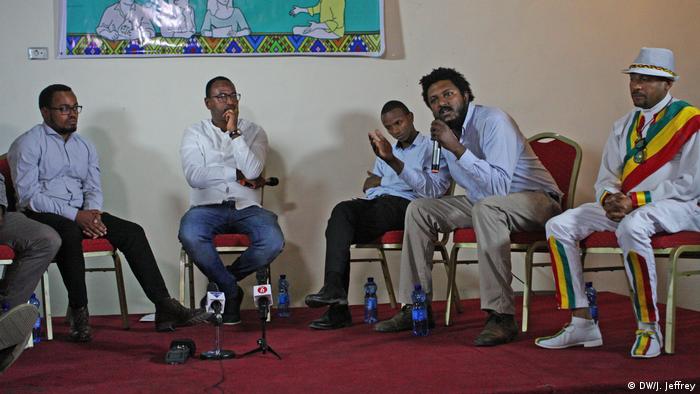 Members of the press debate media freedom in Addis Ababa

'Journalism not possible in this environment'

The shifting and strained media climate makes self-censorship by journalists more likely. Berihune says that as the case against him remains open, he is wary of what he writes and he avoids Twitter entirely in case his posts be used against him.

"In this environment, whereby the government says you are either with us or against us, journalism is not possible," says Eskinder Nega, a prominent Ethiopian journalist and blogger who was released from prison under Abiy Ahmed's reforms in early 2018.

Another problem for media organisations is the challenge of remaining viable financially.

"Organisations and businesses are afraid to advertise with media because of how the government might react, as media are being viewed as ethnically biased. We are viewed as being for the Amhara region, but we cover issues concerning the whole country," Tesera explained.

There is perhaps one upside to the current situation for struggling media. Berihun notes how the Berera readership has increased from around 2,500 a month to about 5,000 due to Ethiopia's volatile situation.

"When the political environment is good, you tend to see a decline in readership," Berihun says. "People are reading a lot at the moment."