Sinn Fein, which has been lobbying for an independence referendum, has pulled out of power talks, prolonging an impasse. The collapse adds to Theresa May's Brexit headaches as she heads to Scotland. 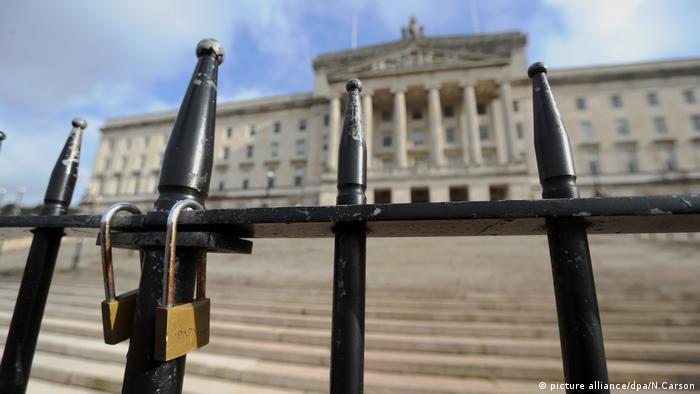 Efforts to form a new regional government in Northern Ireland looked set to fail on Monday, prolonging a political deadlock.

Northern Ireland's political parties had until 3 p.m. to form a power-sharing executive, but Sinn Fein walked away from the talks on Sunday night.

The crisis was triggered in January when Sinn Fein's Martin McGuinness resigned as deputy first minister over the handling of a green energy scheme by First Leader Arlene Foster from the rival Democratic Unionist Party. He then died in March from a heart illness.

His resignation triggered a snap election, but that failed to end the stalemate between Sinn Fein, representing Catholic Irish nationalists, and the Democratic Unionist Party (DUP), the pro-British and Protestant party led by Foster.

Sinn Fein pulled out when they said agreement could not be reached in disputed issues including funding services for Irish language speakers, gay rights and inquiries into deaths during Northern Ireland's three decades of sectarian violence.

"The talks process has run its course and Sinn Fein will not be nominating for the position of speaker or for the executive office tomorrow," said Michelle O'Neill, the party's leader in Northern Ireland.

Foster gave a similar assessment, saying: "Regrettably the reality is that sufficient progress was not achieved in the time available to form a new executive."

Despite the two main parties declaring talks were over, London was doggedly trying to push for a deal.

"Even at this stage I urge political parties to agree to work to form an executive and provide people here with the strong and stable devolved government that they want," James Brokenshire, Britain's Northern Ireland minister who has chaired the three weeks of talks, said on Sunday.

Once the deadline passes Brokenshire must decide whether to call another election, return to direct British rule of the province or give parties more time. Analysts said he would likely announce fresh elections - the third in a year - but not set a date in a bid to provide extra time. 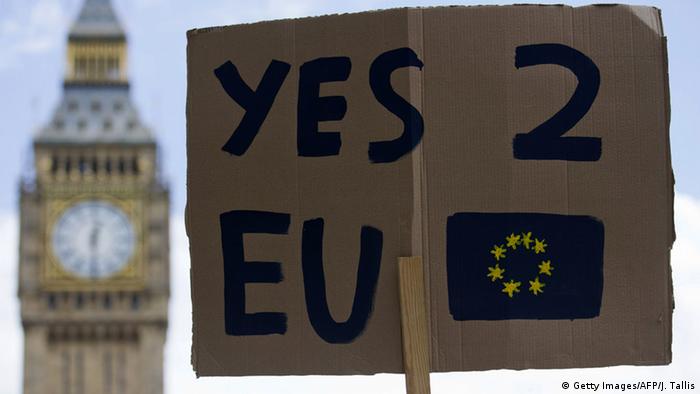 Theresa May is battling referendum calls in Northern Ireland and Scotland

The failure came just ahead of UK Prime Minister Theresa May's plans to formally start talks on Wednesday to leave the European Union - a process that will determine Northern Ireland's political and economic future.

Sinn Fein's success in the March 2 election, where it surged to within one seat of the DUP emboldened its calls for a referendum to leave the United Kingdom and unite the island of Ireland.

The collapsed talks may have further thwarted May's hopes to show a united front to Brussels risks, with Scotland also rumbling for independence.

Scotland's First Minister Nicola Sturgeon was expected to win backing of Scottish lawmakers on Tuesday to take the referendum request to London.

May traveled to Scotland on Monday to meet Sturgeon and announce stronger powers for Scotland, Wales and Northern Ireland.