For centuries, Sinti and Roma have been living in Germany. In recent years, others have come from Romania and Bulgaria. Sometimes there are conflicts, almost always prejudice. A Berlin action plan hopes to change that. 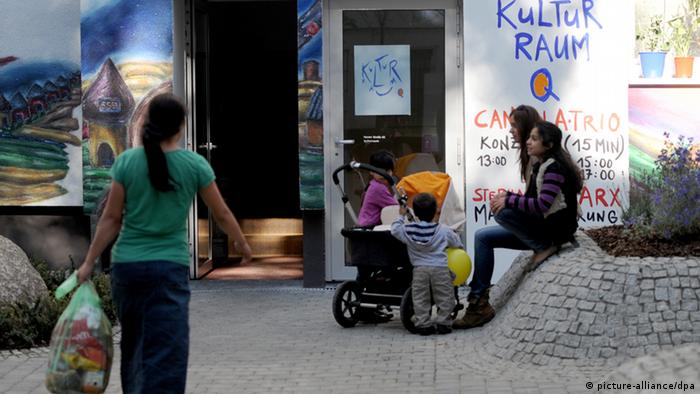 Neighbors living next to the Roma families in Dortmund simply called the police. What's was the cause for concern? Adults were going with a child into a 'suspicious' apartment and came out without the child. What did the police find out? It was a children's birthday party. It's a real story that Norbert Mappes-Niediek heard from a policeman.

He tells the story from Dortmund as an example about prejudices in society. More than 100 people have come as an audience for his talk on his book "Poor Roma, Bad Gypsies." The subtitle says: 'What's the truth in the prejudices about immigrants.' In fact, he points out all the false stereotypes people have about Europe's largest minority.

Rejected around the world

Mappes-Niediek works as a correspondent in southeastern Europe, and so he meets Roma both in Germany as well as in Romania and Bulgaria. Since 2007, people from the latter two countries have been able to move to Germany as EU citizens.

To his listeners in Dortmund he explains that Roma in Eastern Europe were suppressed as slaves until the middle of the 19th century - and that after the end of socialism, they lost their jobs just like millions of ethnic Romanians. Since then they've been trying hard to get by and feed their families. They are being marginalized just like poor people anywhere else in the world. Poverty is the problem, not the Roma themselves. Mappes-Niediek has plenty of examples to illustrate his point. 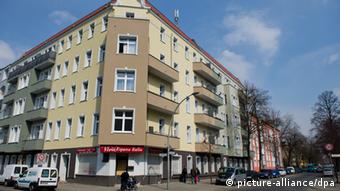 The housing project in Neukölln has been a remarkable success

How many Roma exactly come from southeastern Europe to Germany is not being registered anywhere. In the town of Mannheim for instance, there's been talk of 60 to 70 percent of all immigrants being Roma, explains Daniel Strauss, head of the organization of German Sinti and Roma in Baden-Württemberg.

Strauss used micro studies and statistics from their countries of origin to check that perception. According to his findings, only 8 to 10 percent of those who came were Roma. But in Germany the immigration of poorer EU neighbors is often described as a Roma problem, with issues ranging from overcrowded apartments at horrendous prices to problems with raising children. There are many complaints coming from the less well off cities like Dortmund, Duisburg and Berlin.

An example of good integration at work can be seen at a Christian housing project in Berlin-Neukölln. With the help of Roma families, the project managed to put run-down houses back in order. By now, there are also many non-Roma living there. The project got an award for "exemplary solution of a housing and integration problem." 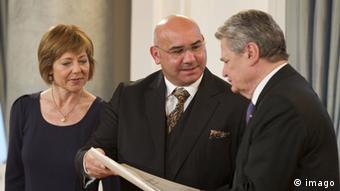 In summer 2013, Berlin launched an action plan to better integrate Roma. The goal was to solve the housing problems and provide better schools and medical care for children, integration commissioner Monika Lüke told DW. By early 2014, there is to be active social work across Berlin. That means the social workers will actively approach the people and bring someone who can talk to them in their own language.

There are also going to be concrete measures against prejudices against Roma. "The plan is unique in Germany," says Lüke. "Berlin therefore gets specific praise from Brussels."

Amaro Foro, a Berlin organization of young Roma and non-Roma, welcomes the goals but is concerned that many problems like poverty could receive an ethnic tag that way. If there are 'special Roma problems,' there's the risk that Roma will be perceived as a "burden for public spending." One such example would be the "racist" slogan of Germany's far-right NPD party: "Better money for granny than for Sinti and Roma."

"That's exactly the reason why the measures are not only planned for Roma," explains Monika Lüke. "But they are of course also for other migrants who are in a similar situation." Of course not all Roma needed support, but this was merely a myth. 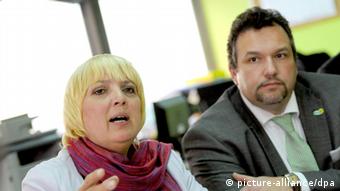 What's not known well enough, says Norbert Mappes-Niediek, is that in the 1960s and 70s, tens of thousands of Roma came as guest workers from former Yugoslavia to Germany.

"No one recognizes them as Roma," he explains. "They share with all the other immigrants from Yugoslavia the highest integration rate of all immigrant groups."

"Nobody recognizes them," is what also could be said about many of the German Sinti and Roma, who for centuries have been living in Germany. Their numbers are estimated to be around 70,000. They suffer, like the recent EU immigrants, from the prejudices and hatred coming from the political right-wing. For fear of discrimination many hide where they're from.

Their minority got persecuted by the Nazis as "gypsies" and banned from attending schools. Hundreds of thousands were murdered, but only decades later were they recognized as victims. Since 2012, there's a memorial in Berlin dedicated to the Sinti and Roma who were persecuted by the Third Reich. Following the lead of the German state of Schleswig-Holstein, other states now also want to recognize and support Sinti and Roma as a minority.

Strauss is working on an idea to get successful Sinti and Roma to publicly identify themselves as members of their community, in order to help reduce prejudice. In the 2013 election, Romeo Franz was the first Sinti and Roma to ever run for parliament in Germany. He also composed the music played at the Berlin memorial for the Sinti and Roma murdered by the Nazis.