'Potential for China to join TPP' after US withdrawal

Despite originally excluding Beijing, Australian officials have suggested a "potential for China to join" the TPP free trade agreement. US President Donald Trump has ordered a withdrawal, saying it hurt American workers. 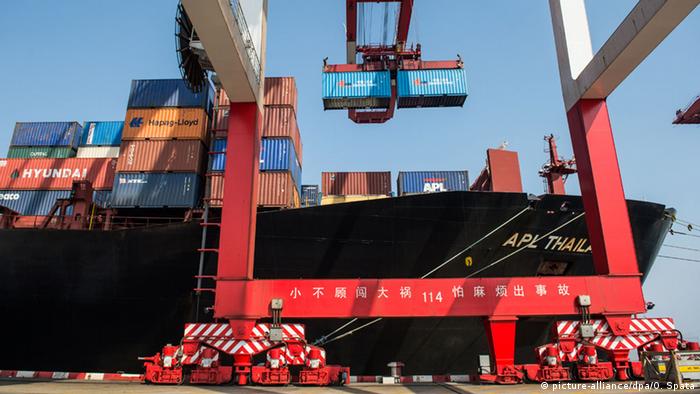 As Donald Trump prepares to take over the reins of the White House, observers worldwide remain unsure and concerned how the US policy toward China would shift under a Trump presidency. DW examines.

Australian Trade Minister Steve Ciobo described Trump's decision as a "great shame," but said it was "not unexpected."

"Australia and quite a number of the other TPP countries are very focused on making sure we still capture the gains that were agreed to under the TPP," Ciobo told Sky News television.

The Export Council of Australia and Winemakers' Federation of Australia welcomed Ciobo's decision to pursue the agreement despite the US' withdrawal.

"The TPP is too important as a driver of the creation of more Australian jobs not to do all we can to see the agreement enter into force," Ciobo said.

'Potential for China to join'

Ciobo said the future of the deal may lie with other Asian nations, including China and Indonesia.

"The original architecture was to enable other countries to join," Ciobo later told the Australian Broadcasting Corporation. "Certainly I know that Indonesia has expressed interest and there would be scope for China if we are able to reformulate it."

Australian Prime Minister Malcolm Turnbull later said that "there is the potential for China to join the TPP," while New Zealand Prime Minister Bill English stated that Beijing "hasn't been slow to spot the opportunity" to cast itself as a free trade supporter.

Former President Barack Obama's administration purposefully excluded China from the agreement in a bid to set the rules for free trade in the region before Beijing could, a part of Obama's "pivot to Asia" policy.

English said the US' decision to cede influence in the region to China would open the door to alternative trade deals. "We've got this RCEP (Regional Comprehensive Economic Partnership) agreement with Southeast Asia, which up until now has been on a bit of a slow burn but we might find the political will for that to pick up if TPP isn't going to proceed," he said.

Meanwhile, Mexico and Chile have voiced their support for pursuing free trade deals with the remaining nations.