Portugal struggles to get forest fires under control | Business | Economy and finance news from a German perspective | DW | 24.09.2020 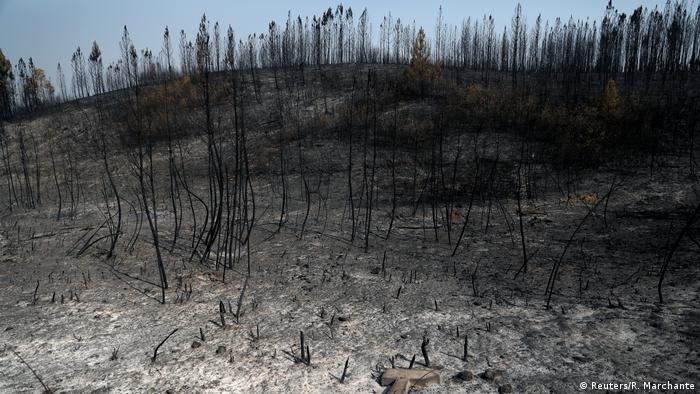 Half a million hectares of charred forest and 121 dead. That was the result of Portugal's 2017 summer disaster. At the time, President Marcelo Rebelo de Sousa said such an event could happen again. Prime Minister Antonio Costa promised far-reaching changes to the country's fire prevention, firefighting and forestry policies.

What burned at the time were mainly eucalyptus plantations and unchecked pine forests in the thinly populated and often inaccessible inland areas and in the north of the country. It wasn't just one problem that needed to be solved, but many, all of which were interrelated. 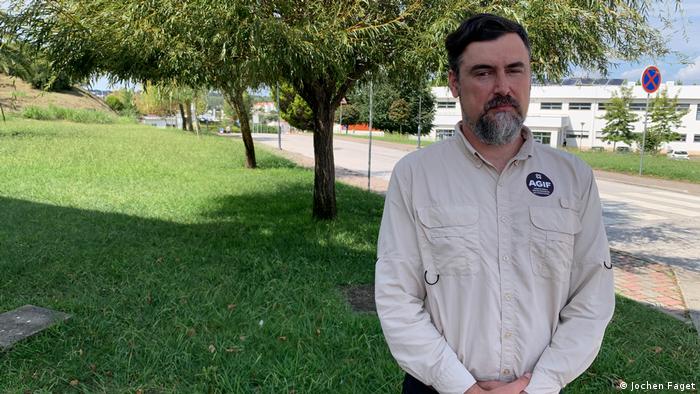 "Today, the sources of danger have been identified and the first measures have been taken," assured Luis Lopes from the AGIF state agency, which was founded at the time and is tasked with coordinating the fight against forest fires. He is responsible for the country's central region, a part of the country where the problems are the worst. "But such a complex situation cannot be resolved in a few days. It takes years," he told DW.

The first problem is the uncontrolled sprawl of eucalyptus, which has been troubling Portugal for decades. It supplies much of the raw material for Portugal's important pulp industry. These exports account for 1.5% of the gross domestic product (GDP), money that the country urgently needs.

Many small-scale farmers have replaced slow-growing native tree species with the must faster-growing Australian species because trees can be harvested after just 10 years, promising quick profits. It has become the most important tree species in Portugal and now accounts for around 25% of all trees in the county.

But not only do eucalyptus need a lot of water to grow, they burn like tinder. "The flying sparks can spread forest fires for miles," explained Lopes. He used to be a fire chief and knows how dangerous burning eucalyptus plantations can be. 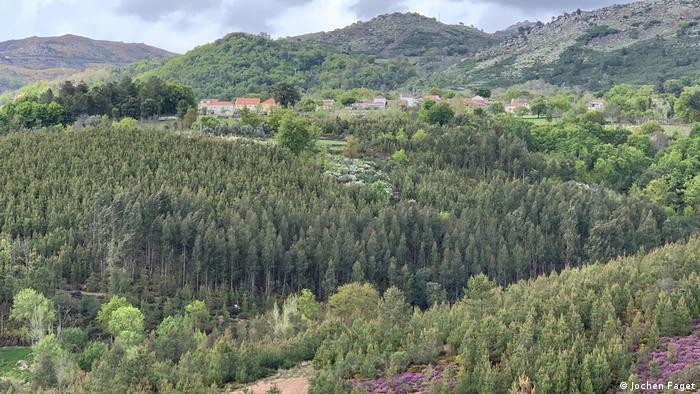 As a result of climate change and rising temperatures, the risk of forest fires grows accordingly

Lopes can understand forest owners who need the income. They are often older and have to live on pensions of around €300 ($350) a month. The government is now offering them subsidies to plant other less dangerous, but slow-growing tree species.

At the same time, the government decided to ban the planting of eucalyptus trees. New plantations may only be created if old, less productive ones are replanted with other trees.

Sounds easy, but it is not. "The eucalyptus lobby is very strong," Francisco Castro Rego told DW. "And the lobbies for other tree species, which can also generate profit, should be stronger." A well-managed spruce forest, for example, not only produces valuable wood, but also resin, which can bring in a lot of money from the processing industry.

But many forests are simply too small to receive subsidies for new plantings. A planned special tax for eucalyptus plantations was never introduced.

A lack of planning

Forestry expert Castro Rego, a professor at the University of Lisbon and chairman of a commission to advise parliament on forest fires, says, "While a lot has improved in fighting forest fires, everything else is still in a bad way. There is a lack of planning and diversity. All measures in these areas have so far been slow to start and have hardly had any effect," he complained to DW.

Regional development plans would have to be rewritten and the land use plans in the municipalities and districts adapted to the new situation. It is not an easy task. Around a third of Portugal is overgrown with forests; if you also include brushland, it is even more than two-thirds. And 97% of that land is privately owned, 85% of it in plots measuring less than five hectares (12 acres).

Due to an exodus from rural areas, arable land is becoming smaller and the forests are getting bigger. In the middle of it all are poorly developed industrial and commercial areas, which are extremely fire-prone due to their location. "As long as we do not define which forests we want where, the problem cannot be solved," said forest expert Castro Rego.

"We try to talk to the forest owners directly, to convince them to join forces in producer cooperatives and to better manage the forest areas," said Lopes from the forest fire agency. Many laws and regulations are still in the planning stage and those that have already been enacted will take time before they actually take effect.

On top of that, the government cannot force owners to do most things with their forests. After all, the forest owners are aware of the problems. Still, high fines have ensured that many forest areas are cleaned regularly, thus reducing the risk of fires. 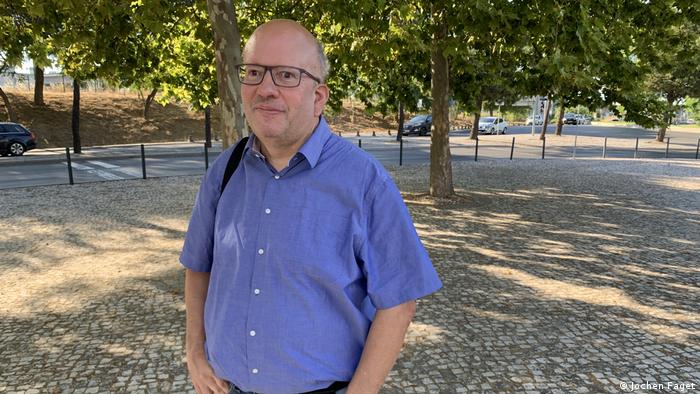 'There is still a lot to do! ' warns Francisco Ferreira from the environmental protection group ZERO

Francisco Ferreira from the environmental protection organization ZERO agrees. However, Portugal is still a long way from more biodiversity and the reintroduction of forests that mix trees in an ecologically meaningful way.

Not only would such forests slow down the spread of forest fires, they could often even regenerate themselves after fires. "Nevertheless, the pulp industry continues to rely on large monocultures, and eucalyptus is once again growing on the burned forest areas," Ferreira noted.

At the same time, climate change is making Portugal drier and hotter, which could mean that the great disaster of 2017 could repeat itself at any time. And the numbers support this assumption. This year has seen the worst forest fires since then. So far, around 61,000 hectares have burned and four firefighters have died. According to Ferreira, there is still a lot to do.