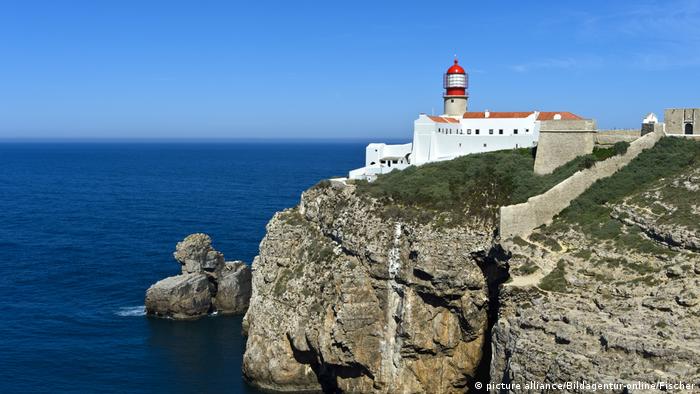 According to Portugal's tourism officials, there's light at the end of the tunnel for the country's travel sector and hundreds of thousands of employees in the industry.

Joao Fernandes, head of the Algarve regional tourism board, is absolutely convinced sun- and beach-seeking travelers from abroad will return to the country's prominent tourism hot spot once virus restrictions have been eased in the middle of June.

"Not as many as in previous years, but tourists will be coming back," Fernandes told DW. He added that domestic tourism officials and tour operators from abroad were already working on contingency plans to ensure "everything will be safe for them" amid the ongoing coronavirus pandemic.

Raising optimism in the Algarve travel industry is desperately needed because the 20 million visitors, some 15 million from abroad, who usually come to spend their holidays on Portugal's southern beaches are the sole key to ensuring the economic survival of the sparsely industrialized region.

Tourism is not only a money and jobs spinner for the Algarve, but for the whole of Portugal too, where 15% of gross domestic product (GDP) is created by the industry. Total visitor numbers have been growing steadily in recent years, supporting the country's recovery from the 2008/2009 financial crisis, which brought Portugal to the brink of collapse. 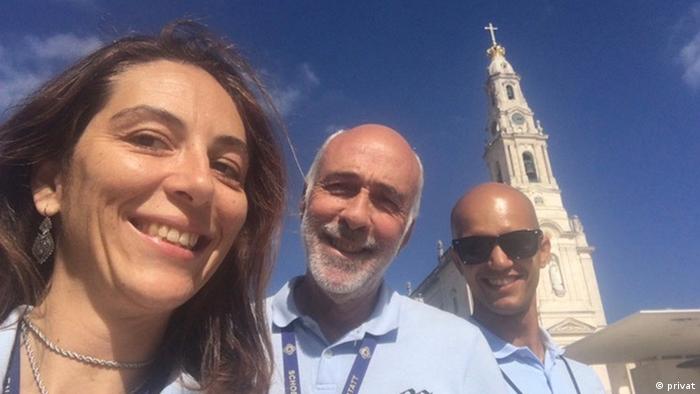 For Daniela Tome from Magnificat Tours Portugal, 2020 will be a year of big losses

The national statistics office INE has estimated that a drop in tourism by a quarter would wipe out annual growth to the tune of 2.9% — a conservative estimate, say some analysts who are expecting GDP to slump by as much as 6% under such a scenario.

Portugal's sweeping lockdown measures imposed in mid-March are already sending shockwaves through the industry, which employs around 400,000 people in close to 100,000 mostly small and midsized businesses.

"We've come to a complete standstill," says Daniela Tome, head of the Magnificat Tours travel agency. A special operator for individual tours and travel groups, she was forced to cut working hours for her staff and has canceled contracts with freelance guides and smaller firms she used to work with.

Magnificat Tours's prime business is to offer travel packages to the Fatima pilgrimage site in central Portugal, where a huge festival on May 13 usually draws hundreds of thousands of visitors every year.

This year, the festival has been canceled, meaning her income to be derived from the event in 2020 "all but collapsed," Tome told DW. "We expect business [from tours to the site] to pick up in autumn at best, but probably no earlier than next year," she says.

Planning the 'return to normal'

As the Portuguese government has announced the gradual easing of anti-coronavirus policies, including reopening hotels and restaurants in June, thousands of business owners are hoping and praying that the tourists will be convinced by the safety measures prepared by the industry.

State-run tourism agency Turismo de Portugal has introduced a hygiene label to be awarded to those operators meeting government-controlled standards.

"We are also working on a special manual for the tourism industry which will make sure distancing rules and other requirements are observed," says Fernandes from the Algarve tourism board. In addition, the board is planning to hand out a special traveler's pass allowing visitors to get tested for COVID-19 even before they begin their holidays.

Despite all the efforts, many issues remain unresolved, including a timetable for reopening Portugal's beaches and how tourists will be able to obey distancing rules there. What's also still unclear is how many people are allowed to travel in rental cars and boats, and who is going to control all the measures that are being planned. 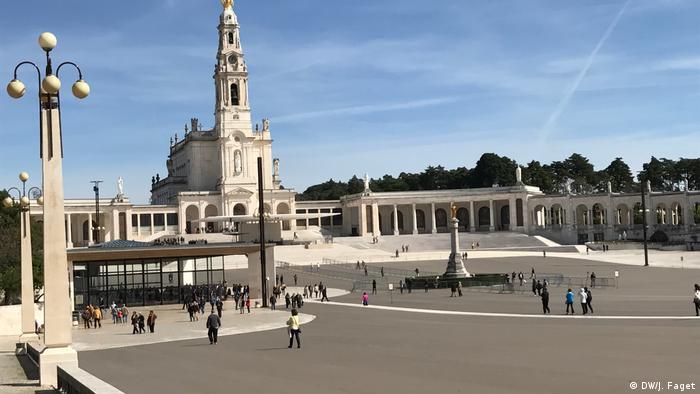 "We cannot and will not watch every tourist with their own personal police officers on the beach," Fernandes argues, insisting that all the government can do is "appeal to people's sense of responsibility" in observing the rules.

Informing people about coronavirus risks and responsible individual behavior have so far proven successful in containing the outbreak in Portugal, he stresses, where only about 1,000 people have died, with just a dozen of them in the Algarve holiday region.

Despite the government warning easing measures could be taken back swiftly in view of a second wave of infections, the tourism official claims Portugal is "ready for a summer of tourism."

Yet travel agent Tome is skeptical about a return to normality in the travel business as early as June. "People on vacation tend to be less inclined to obey the rules and sometimes go off the rails," she says. She fears a massive influx of holidaymakers from abroad will undo the country's progress in fighting the pandemic and "lead into a new catastrophe."

But both the fears and the hopes in Portugal's travel industry might turn out to be overblown. As hotels are gradually reopening and foreign bookings for the main holiday season, July and August, are slowly rising, the government in Lisbon has called on the Portuguese to spend their holidays in their own country to soften the blow from fewer foreign arrivals.

For the time being, they have no other choice anyway, because Portugal's borders will remain closed at least until May 14, with flights abroad limited to an absolute minimum.