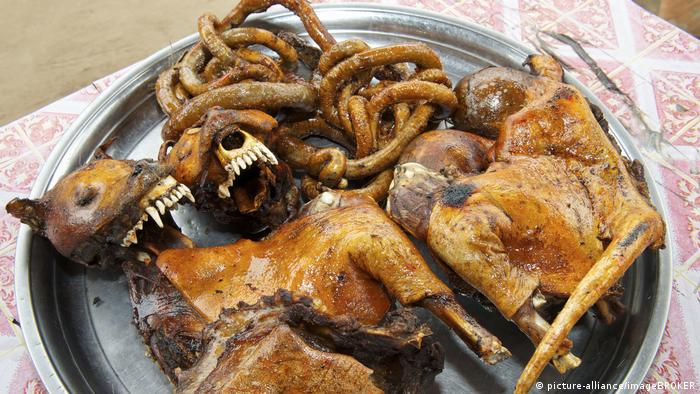 Cambodia's Siem Reap province, which has been popular with tourists for many years, has outlawed the sale of dog meat. It is the first Cambodian province to ban the practice.

The order, issued on Monday, stated that anyone caught trading dog meat in the province will now face up to five years in prison and fines up to 50 million riel ($12,100, 10,700 euros).

The ban said dogs should not be slaughtered because of their ability to protect homes and farms, as well as their assistance with the military. The local agriculture department said the trade descended into "anarchy," and had caused the transmission of several diseases, including rabies, causing a public health concern.

It remains to be seen how the ban will be enforced. The AFP news agency reported a street vendor was advertising dishes with dog meat on Wednesday.

"Dog meat has been a lot more popular following the arrivals of foreigners, especially among the [South] Koreans,” Kimsoth told Reuters. "They like it, that's why it led to restaurants serving it, so now we ban it.”

The province is visited by more than 2 million tourists every year. A report by animal welfare groups estimated that a similar number of dogs are killed every year in the southeast Asian country.

The report stated that nearly 35,000 dogs were served in restaurants in Siem Reap in 2019. 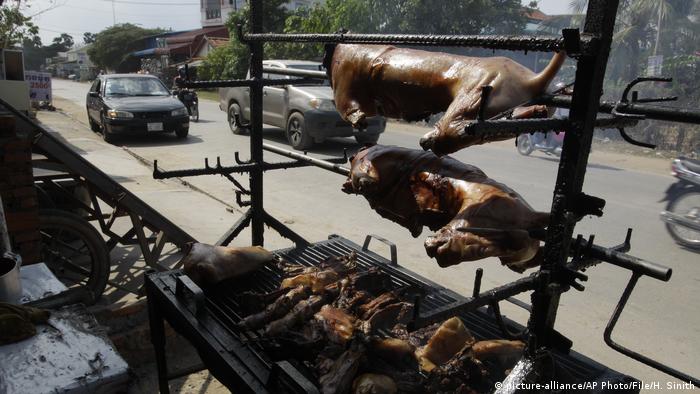 Dog meat will still be available elsewhere in the country, for instance in the capital Phnom Penh

Dog meat is considered a cheap protein and is eaten in several Asian countries, including Cambodia. But it is much more popular in neighboring Vietnam.

Older Cambodians tend to not eat dog meat as they believe it can bring bad luck. Eating dog meat has become a minor fashion statement among young Cambodians, however.

The Four Paws organization said their investigation into the Siem Reap province found the area served as a gateway for the trade. Rogue dog catchers would capture the animals and sell them to over 20 restaurants in the area.

Siem Reap is the tenth-largest province in Cambodia but is fourth in terms of the number of inhabitants, with a population of just over 1 million.

The Cambodian capital Phnom Penh has more than 100 restaurants that feature dog meat.