Pope Francis has proposed that Norway mediate in the dispute between North Korea, the US and Washington's regional allies. The situation is becoming "too hot" and poses the risk of nuclear devastation, he said. 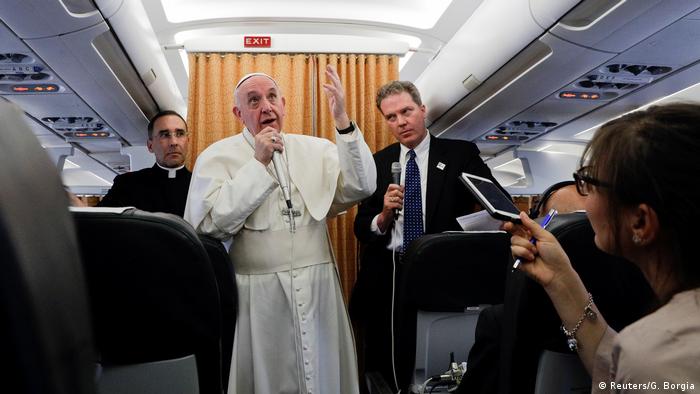 The head of the Catholic faith expressed his deep concern over the recent heightening of tensions between North Korea and the US, saying: "This question of missiles in (North) Korea has been brewing for more than a year but now it seems the situation has become too hot."

Pope Francis made the comments to journalists aboard the plane taking him back from a visit to Egypt on Saturday in support of the Christians in the Muslim majority nation who have become targeted by extremist Islamist militants.

He said he believed "a good part of humanity" would be destroyed in any widespread war.

"I call on, and will call on, all leaders, as I have called on leaders of various places, to work to seek a solution to problems through the path of diplomacy," he said about the North Korea crisis. 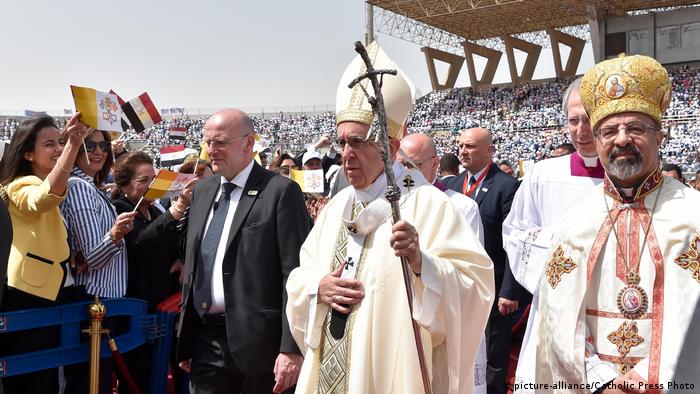 "There are so many facilitators in the world, there are mediators who offer themselves, such as Norway for example," Pope Francis told reporters.

"It (Norway) is always ready to help. That is just one but there are many. But the path is the path of negotiations, of a diplomatic solution," he said.

Norway secretly negotiated an agreement between Israel and the Palestinians known as the Oslo Accords in the 1990s.

Pope Francis said he was ready to meet US President Donald Trump when Trump visits Europe in May, but that he was not aware Washington had made a request for a meeting.

"I receive every head of state who asks for an audience," Francis said. Representatives for the White House did not immediately reply to a request for comment.

Trump is due in Sicily on May 26-27 for a meeting of the heads of the world's richest nations.

Francis also said the UN should "re-assert its leadership in world diplomacy" because it had become "too watered down."