Pope Francis shakes up Catholic Church | World| Breaking news and perspectives from around the globe | DW | 24.07.2013

Many Catholics hope Pope Francis will strengthen laymen and women in church, who have been taking on responsibilities of priests in some rural areas. That might trigger a revolution, experts say. 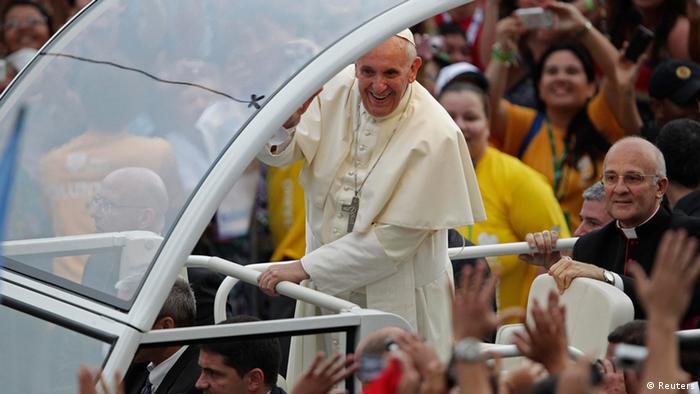 The Catholic Church in Latin America has a way of dealing with contradictions: Instead of discussing whether women should be allowed to be ordained to the priesthood or debating the celibate, laymen go ahead and create precedents in their religious communities. They've come up with new forms of church services - services without a priest. Hopes are high during this year's World Youth Day in Rio de Janeiro that Pope Francis will give more power to ordinary people in the church: the laypersons. That would ultimately change the Catholic Church.

Erwin Kräutler, bishop of the diocese Xingu in the Brazilian Amazon region, steers clear of tricky subjects such as women priests and celibate. Kräutler, an Austrian native who came to the Amazon region some 40 years ago, takes a more pragmatic approach: "I have 28 priests for 700,000 people in an area that's about the size of Germany," he said. "We started to ask ourselves: How can we enable people in the jungle, wherever they are, to take part in the Holy Communion?"

Many laypersons have already come up with their own solution: they simply hold church services without the support of the clerics. They pray together, break the bread, administer wine, and care little about Catholic regulations, which specify that only priests are allowed to administer the sacrament of the Holy Communion. 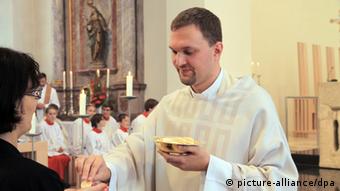 "Lays take over responsibility, and the church moves forward. And even without pastors and priests, it works well," Sister Lucilene Antonio, who supports small religious communities within the Amazon region, said. "I have seen women who have done Services of the Word and broke the bread afterwards."

Appreciation for lays originates in what's called the Second Vatican Council, the 1962-65 meetings run by Pope John XXIII that brought the Catholic Church into modern times. Among the participants were Pope John Paul II when he was still called Karol Jozef Wojtyla, as well as Pope Francis' predecessor Benedict XVI (Joseph Ratzinger), who recently stepped down. Back then, Benedict XVI had been pushing for a "less clerical church."

"We all are the church"

Brazilian Luiz Paulo Horta, an expert on the Vatican, is convinced that Pope Francis is going to push for the priesthood of all believers. "He knows it's absolutely crucial that lays participate [in the church]," Horta said. "Francis wants the people at grass-roots level to revive the church."

What makes sense and could rather be seen as something not even worth mentioning from an outsider's perspective is a huge deal for the Catholic world, Horta said, calling it a revolution. "We all are the church. If we don't acknowledge the fact, nothing will happen," he said. "I think Francis has called on the people to start a rebellion." 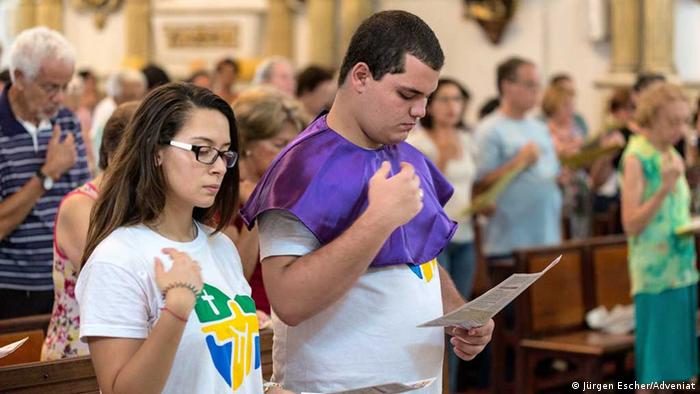 It's absolutely crucial that laypersons participate in the church

Rebellion and revolution - that's nothing new for Latin America: In the 1960s and 70s, Latin American liberation theologians such as Gustavo Gutierrez and Oscar Romero inspired clergymen and believers all over the world. One of them was Ludwig Gerhard Müller, who now heads the Vatican's Congregation for the Doctrine of the Faith.

Pope Francis seems to rely on Latin America's drive for theologian modernization and on his predecessors' approval. He will meet with the board of the Latin American Conference of Catholic Bishops CELAM after the Youth Day closing ceremony on Sunday (28.07.2013). CELAM has been vigorously pushing for change in the past decades. 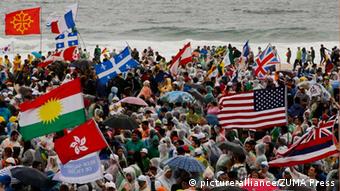 Brazilian theologian Leonardo Boff firmly believes Latin America will trigger future reforms that are going to change the Catholic Church. "Our church doesn't reflect the European mother church anymore; it has its own origins, its own traditions, heroes, martyrs, prophets and personas such as the famous former bishop of Recife, Dom Helder Camara, or our very own saint, Oscar Romero," Boff said. "These churches will breathe new life into Christianity."

Pope Francis will change the Catholic Church, says liberation theologian Leonardo Boff. DW spoke with him about mass demonstrations in Brazil and his expectations for the new pope. (23.07.2013)

The Roman Catholic Church has chosen a new pope and he comes from Argentina. The papacy now enters a new era with Jorge Bergoglio, Latin America's first pope and the first pontiff to come from the developing world. (14.03.2013)