Argentine-born Pope Francis has impressed the world during his first 100 days in office. However, the man "from the other end of the world" does not yet seem to feel quite at home in the Vatican. 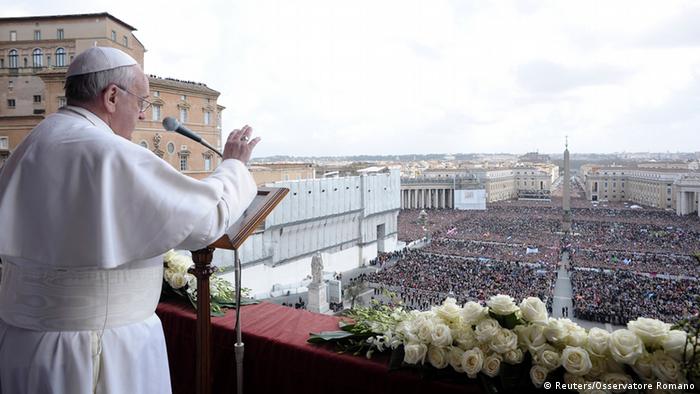 Pope Francis does not reside in the Apostolic Palace high above St. Peter's Square, even 100 days after his election. Instead, he intends to stay in a suite at the Vatican's Santa Marta guesthouse indefinitely.

The spectacular aspect of this decision can not be stressed enough. Three months ago, anyone who would have predicted that the new pope would break with time-honored Vatican customs would have been labeled crazy, possibly even a militant critic of Rome. Francis himself has said that he likes to be surrounded by people, and has called the palace too remote. He has also mentioned the example of Jesus as a "poor leader." 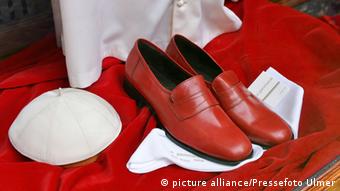 Following his election, rumors of a four-word papal quote made the rounds: "The carnival is over." Pope Francis was reportedly not only referring to heavy brocade robes and costly red papal shoes, and he was certainly not targeting his predecessors - his remark merely foreshadowed a collective new earnestness.

In his first appearance 100 days ago, the pope described himself as hailing from "the other end of the world." The new head of the Catholic Church still finds difficult the manner in which parts of the Vatican prefer to interpret the papacy. The former Cardinal Jorge Mario Bergoglio regards himself a man of the people, more a Bishop of Rome than a remote pope. His choice of name was an indicator, too - the great Francis. It resonates with more than simplicity in appearance and perspectives for the poor. In his way, Francis of Assisi was a capricious early 13th century revolutionary.

Close to the people

Increasingly, the focus has moved from outward appearances to attentiveness to the message. The new pope has urged reform of the global economic system and has chastised excesses in the financial markets. He laments a culture of prosperity, a dominance of consumption as well as a "culture of extravagance."

His appeals to return to the core of the Christian message are downright biblical: the Church stands for the incarnation of God and the "scandal of the cross," and it should not adapt to the world. In contrast to his predecessors and in keeping with Latin American precedent, Francis looks at the world from the point of view of mankind. At the same time, the Jesuit is completely aware of different theological traditions and systems. This style also marks his sermons, strongly influenced by Bible stories. They come across as pious but very lively, and often include improvised anecdotes. 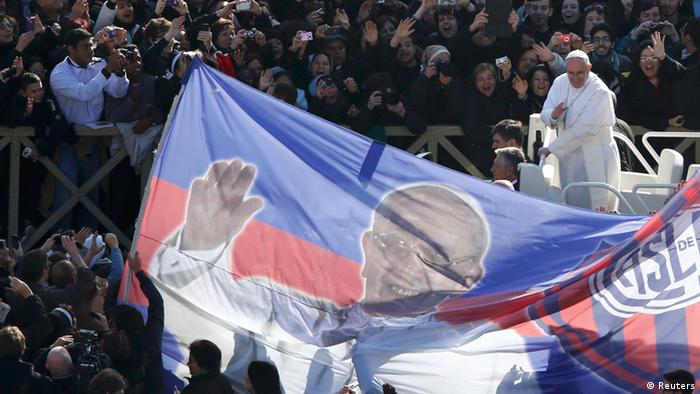 From the start, Francis has shown he has a new way of doing things

One hundred days into his pontificate, it's clear change is on the horizon for the Catholic Church and the way it is perceived. But it's not clear in each and every case how things will develop, and reforms are not likely to include core Church tenets: the role of women in the Church or celibacy, to name a couple examples.

Pope Francis' two meetings with his retired predecessor Benedict are among the defining images that immediately come to mind when thinking of his first weeks in office. They were important, as they stood for what was once completely unthinkable: a sitting Roman Catholic pope and his predecessor, peacefully united in prayer and conversation. 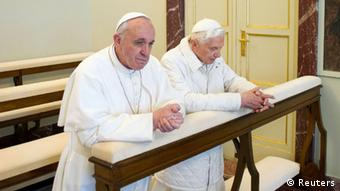 After his selection, Francis conferred with the former pope

Expectations for reforms of the Vatican's fossilized administrative apparatus, the Roman Curia, remain high. Currently, departments within the system often work side by side or even against each other, and the Curia is often seen as posturing toward the rest of the Catholic world. Vatileaks and the scandals surrounding the Vatican Bank are prime examples of this dilapidated system.

In recent private talks with Latin American clerics, Pope Francis referred to these issues for the first time. The pontiff mentioned restorationist groups within the Church, he spoke of "pantheists" and lamented corruption, and he referred to the existence of a "gay lobby" in the Vatican. The pope also pointed out that ahead of the conclave, nearly all the cardinals had pushed for reforms of the Curia.

Francis has his own way of tackling change. In mid-April, he appointed a panel of eight cardinals from all over the world to advise him on a reform of the Vatican's power structure. The panel, led by Honduran Cardinal Oscar Andres Rodriguez Maradiaga, includes German Cardinal Reinhard Marx - but only one cardinal currently serving at the Vatican. The panel's first meeting in October will show in more detail where the pope plans to lead the Church and its headquarters.

The question remains, however, whether Francis actually has the strength to push for comprehensive change. He has but a small window of opportunity to initiate and launch reforms - after all, he's already 76 years old.

A month into his papacy, Pope Francis has set up a committee of cardinals to help advise him how to best run the Church and reform the Vatican Curia. The move could signal a willingness to facilitate change. (13.04.2013)

In celebrating his first Easter in Rome, the Pope has broken with tradition in a number of ways. Many faithful seem to be delighted, while Catholic conservatives have expressed displeasure. (31.03.2013)

Cardinal Marx: 'This Pope is the holy one of the poor'

Six German cardinals were allowed to vote for a new pope. One of those was Reinhard Marx from Munich. In an interview with DW, Marx explains what he thinks of the decision. (15.03.2013)