Leonardo Boff: ′This pope will change the church′ | World | Breaking news and perspectives from around the globe | DW | 23.07.2013

Leonardo Boff: 'This pope will change the church'

Pope Francis will change the Catholic Church, says liberation theologian Leonardo Boff. DW spoke with him about mass demonstrations in Brazil and his expectations for the new pope. 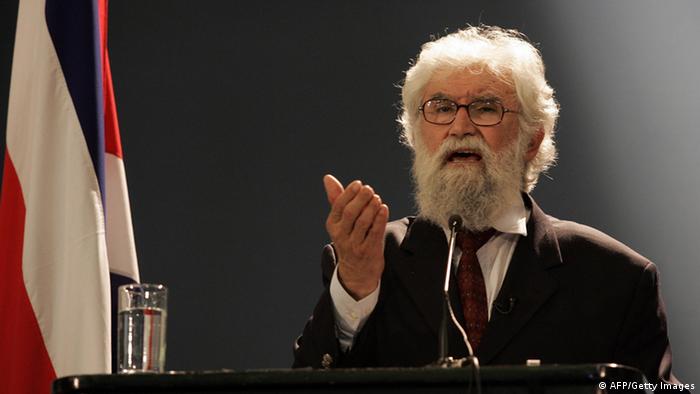 DW: Why does Christianity need a pope in the 21st century?

Leonardo Boff: Basically we shouldn't need a pope. The church could build a network of religious communities which communicate with each other as it had when it was founded. But during the period of the Roman Empire, Christianity turned into an institution with political duties, so that it became a center of power. It is very characteristic for this pope that he refused to cover his head with the golden miter after his election. He said: “Carnival is over, I don't want this.” 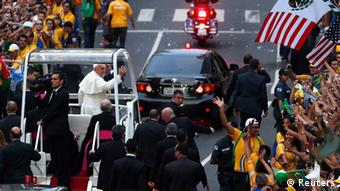 Pope Francis' popularity stems from his openness to the people

Will this pope turn the Vatican upside down?

Pope Francis is a pope of change. This is new. His predecessors John Paul II and Benedict XVI wanted the church to maintain its continuity. Francis has now started to reform the papacy.

I think this pope will create a dynasty of popes from the Third World. Only 24 percent of the world's Christians live in Europe while 62 percent live in Latin America and the rest in Asia and Africa. Today, Christianity is a religion of the Third World which originated in the first world. It has its own sources and traditions, heroes, martyrs, prophets and personalities like the Bishop of Recife, Dom Helder Camara, or the people's saint Oscar Romero. These churches bring new life into Christianity.

Where does your optimism come from? The problems are still the same: divorced people who get re-married are excluded from the Eucharist, homosexuals suffer discrimination and women are not allowed to become priests or deacons.

The pope gave a clear example. When he heard that a priest in Rome would not baptize an illegitimate child he said, "There are no illegitimate daughters or sons - there are only children. The mother has the right to have her child baptized. The church must open its doors to everyone." Until now it's been forbidden to talk about sexual morality, celibacy and homosexuality. Theologians and priests who did not conform were censored. Nowadays these topics are open for discussion.

In recent weeks hundreds of thousands of Brazilians have been demonstrating against corrupt politicians and expensive football stadiums. What was their goal?

They are simply unhappy with their country because of its extreme social injustice. Forty-three percent of the country's income is controlled by 5,000 Brazilian families. Even the Workers Party PT has reached its limits. It has the option of changing and renewing its relationship to the social movements, or of turning into a party like any other which is only after power and allows itself to become corrupt.

The Brazilian middle class do not seem enthusiastic about the social programs of the government. Do they feel neglected?

During Luiz Inacio Lula da Silva's presidency the rich became richer but the poor were also taken out of poverty. It was a win-win situation. The Workers Party PT has been redistributing the wealth. Redistribution means taking from the well-off and supporting the poorer classes of the population with the proceeds. But in this case, this principle was not applied to those with the largest wealth: the government has taken the money from the middle-class who have lost income thereby.

Will the Brazilian politicians listen to the pope's words politely at World Youth Day and then forget them?

This pope's style is very important for Latin America. He puts poor people and social justice first. This will strengthen the new democracies which were created from the resistance to military dictatorship and have adopted successful social policies. The pope has an important political role. He can move masses. There is not one politician - not even Obama - who can bring more than a million people together.

But the Catholic Church has lost much influence, even in Latin America…

The Catholic Church in Brazil is going through a crisis as an institution. Measured by the number of Catholics, Brazil should have 100,000 priests, but there are only 17,000. The Evangelicals and the Pentecostalists have taken over the institutional vacuum left by the Catholic Church. The people are religious: they follow anyone who talks about God. After all there are many paths leading to God. Basically, the Catholic Church is in charge of baptism, weddings, and funerals; the life beyond the grave is looked after by Spiritualism; and people go to the Afro-Brazilian Macumba cults when it comes to matters of love and luck. Brazil is a huge religious supermarket where every one chooses his own product.

Leonardo Boff (74) is a Brazilian liberation theologian, author and campaigner for the rights of the poor and disadvantaged. The Vatican banned him from teaching in 1992 after he criticized the leadership of the Catholic Church. He's now a professor of theology, ethics and philosophy at universities all over the world.

Gloom hangs over pope visit to Brazil in wake of protests

In celebrating his first Easter in Rome, the Pope has broken with tradition in a number of ways. Many faithful seem to be delighted, while Catholic conservatives have expressed displeasure. (31.03.2013)