The Vatican and Beijing have announced a historic, provisional agreement on the appointment of bishops in China. But critics say the deal weakens the Catholic Church's moral authority. 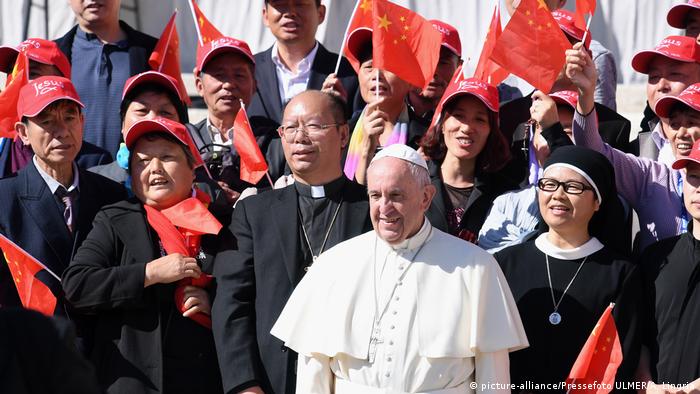 Pope Francis on Saturday endorsed the legitimacy of seven Chinese bishops, appointed by Beijing without the Vatican's approval.

The decision is part of a historic accord between the Catholic Church and China over the nomination of bishops, which is normally a papal prerogative. The issue has strained ties between the two for decades.

The "provisional agreement" was signed in Beijing and announced while Francis was visiting Lithuania at the start of a four-day trip to the Baltic countries.

"Pope Francis hopes that, with these decisions, a new process may begin that will allow the wounds of the past to be overcome, leading to the full communion of all Chinese Catholics," the Vatican said in a statement.

Media reports have for months said that Pope Francis was ready to accept the legitimacy of several bishops appointed by the Chinese government in order to restore diplomatic relations between Beijing and the Vatican, which were frozen in 1951.

The Wall Street Journal reported earlier this year that Beijing authorities would likely give the pope veto powers on future bishop appointments, although this has not been confirmed.

Under the deal, two Vatican-aligned Chinese bishops, recognized by the pope, have been asked by a top Vatican diplomat to resign in favor of state-sanctioned prelates. 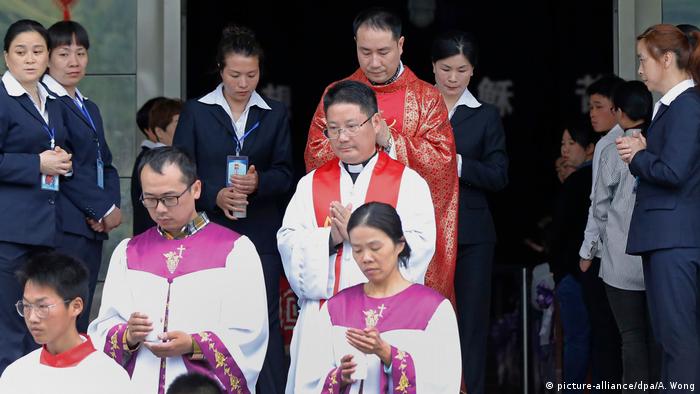 An eighth Beijing-appointed bishop who died last year will also be recognized after he "expressed the desire to be reconciled with the Apostolic See," the Vatican said.

China's 12 million Catholics make up just a tiny proportion of the country's 1.4 billion population. Millions of them have remained loyal to the Vatican despite the Chinese government creating its own state-sanctioned Catholic Church in 1957, which has appointed its own bishops ever since.

Read more: In Xi we trust - Is China cracking down on Christianity?

Many Vatican-supporting churchgoers, meanwhile, have been obliged to worship underground, and have faced harassment and imprisonment.

Human rights groups have labelled the agreement a "sell-out" by the Vatican, at a time when Beijing is waging the most systematic suppression of Christianity in decades.

Chinese President Xi Jinping is trying to infuse all religions in China with "Chinese characteristics" such as loyalty to the Communist Party, academics have argued.

Over the last few months, local governments across China have shut down hundreds of private Christian "house churches."

The Vatican has been negotiating with Beijing for years and now seems prepared to make huge concessions. If the Catholic Church wants to grow, it cannot survive without China, says DW's Frank Sieren. (16.02.2018)

More than half of the victims were younger than 13 and predominantly male, a new report has shown. The study's findings were based on documented cases that occurred over more than six decades. (12.09.2018)