The Vatican announced Wednesday it would reduce the salaries of religious at the Holy See to stave off job cuts as the coronavirus continues to hammer the Catholic Church's bottom line. 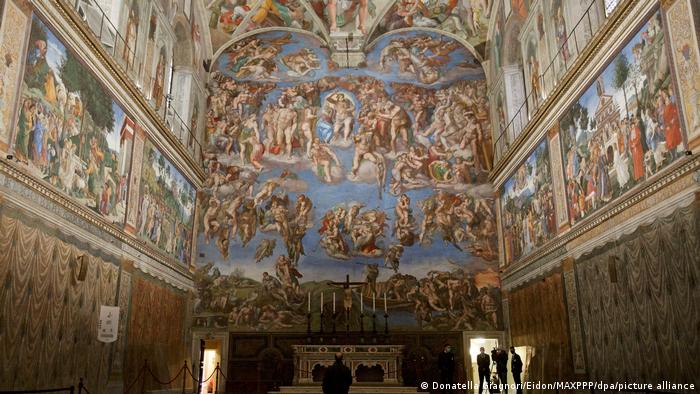 Pope Francis announced that he has ordered salaries for religious and laypeople at the Vatican slashed starting April 1, with "the aim of saving current job positions." The announcement was published in Wednesday's edition of the Vatican newspaper L'Osservatore Romano.

The move will mean that cardinals, who can earn up to nearly €5,000 ($5,900) a month at the Vatican, will face a 10% cut in pay, whereas the heads of various departments will see an 8% decrease, and lower-ranking priests and nuns will face a 3% cut.

Pay cuts beyond the walls of the Vatican

The pontiff has said that low-ranking staff will not face wage cuts but neither will they see traditional biennial pay raises. The lowest earners at the Holy See will not suffer reductions to paychecks, nor will any staff who can prove that cuts would make it, "impossible to meet fixed expenses related to their health conditions," or that of close relatives.

The pay cuts announced Wednesday will also apply to several Vatican basilicas in Rome as well as to the Vicariate, or diocese of Rome, all of which are under the pope's direction.

In a decree signed Tuesday, Pope Francis noted that the Holy See's finances, already troubled by several years of deficits, have worsened dramatically due to the global coronavirus pandemic, "which has impacted negatively on all the sources of revenue of the Holy See and Vatican City State."

The coronavirus has decimated the Vatican's income

Pandemic-related safety measures have forced numerous Catholic churches to close their doors or greatly limit the number of faithful who can attend services — and thus, the amount of donations the Church reaps as a result.

Another major source of income for the Vatican, its museums — including the Vatican Museum's Sistine Chapel — has also been decimated by the pandemic. As has been the case for much of the past year, the Holy See's museums are currently closed and will remain so through the upcoming Holy Week — normally one of Rome's busiest tourist periods.

In all, Vatican financial experts say they are looking at a 30% shortfall in income for 2021, for a total loss of some €50 million ($59.2 million) in revenue over the year.