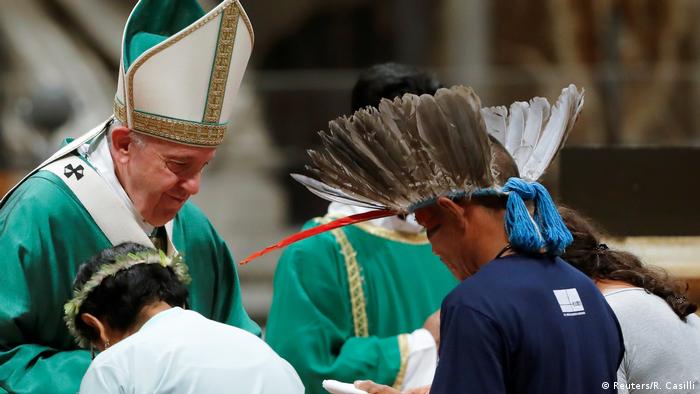 Pope Francis is hosting a three-week meeting of bishops from nine countries of the Amazon region region to vote on new measures on topics ranging from environmental protection to ordaining married men.

The official opening of the special synod took place on Sunday with a Mass at Saint Peter's Basilica. Up to 184 cardinals, bishops and priests from Brazil, Colombia, Ecuador, Guyana, French Guyana, Peru, Suriname, and Venezuela participated.

The Vatican also extended an invitation to Amazon regional experts from outside the Catholic Church, including Indigenous community representatives who traveled to Rome for the occasion.

The plight of Indigenous peoples in the Amazon will also be highlighted at the assembly.

In his sermon, Pope Frances said some Church leaders risked becoming "bureaucrats, not shepherds" and urged them to be open to change.

"Fires that are motivated by destructive interests, like the one that recently devastated the Amazon, are not in line with the gospel," he said.

In a working document from June, bishops had called on the church to "join grassroots social movements, to prophetically announce an agenda of social justice ... organic agriculture and agro-forestry."

It outlined that "Mother Earth" must be defended from an "economic model of predatory and ecocidal development ... which kills and plunders, destroys and devastates, expels and discards."

While female members of the church are expected to attend, they still do not have voting rights. One of the proposals calls for the Catholic church to establish new "official ministries" for women, but event organizers objected to the proposal.

Global attention is on the Vatican's ecological agenda, particularly in regards to environmental and economic exploitation of the Amazon. Scientists have warned against rising global warming threats after massive fires ravaged through large parts of the Amazon rain forest.

Originally from Argentina, Pope Francis is the first-ever Latin American pope and has made climate change and social justice crucial subjects of his papacy.

While the Pope received criticisms from conservative critics of his ecological agenda, Francis insists that his worries for the environment are in line with the church's teachings. 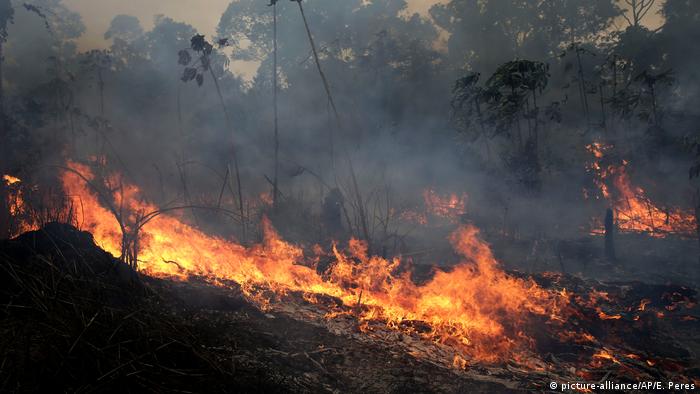 Nearly 73,000 fires ravaged through the Amazon between January and August 2019

Male leaders may have 'existing family'

Also highlighted in the working document, the bishops proposed that older, respected members of Amazon communities  should be allowed to be ordained "even if they have an existing and stable family."

Pope Francis has said he is open to the change, but only in applying it to the Amazon region. Some members from isolated Catholic communities in the Amazon have difficulties in attending Mass due to the shortage of priests. Ordaining married men is seen as a potential solution.

The suggestion nevertheless sparked outrage among conservative Vatican clerics who do not welcome possible changes to the centuries-old Catholic tradition of a celibate priesthood.

Conservative critics have begun an opposition campaign, issuing petitions and organizing conferences to overthrow Francis's proposals which they have called "heretical" and a welcoming of a "pagan" religion that idolizes nature rather than God.

The Pope can ultimately decide what changes, if any, will be made based on the recommendations that are put forth at the synod.