Pope Francis has denounced the practice of abortions over birth defects, equating it to Nazi attempts to create a pure race. The remarks come as his home country of Argentina works on a pro-abortion bill. 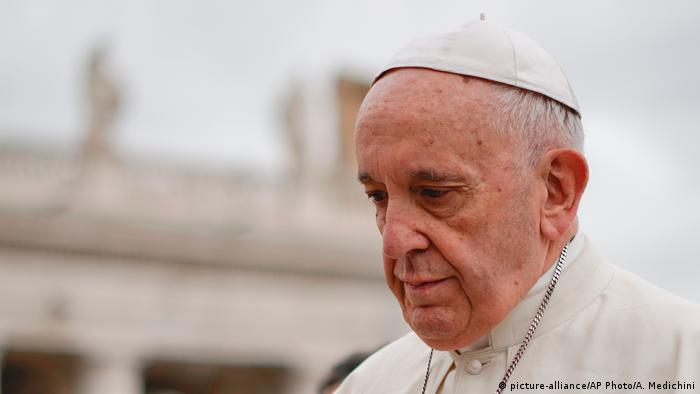 Abortion is the "white glove" equivalent to the Nazi-era eugenics programs, Pope Francis said on Saturday while speaking to the Forum delle Famiglie, an Italian lay movement representing Catholic families.

"In the last century, the entire world was scandalized by what the Nazis did to ensure the purity of the race. Today we do the same, but with white gloves," he said in off-the-cuff remarks after ditching his prepared script.

Under Nazi programs, hundreds of thousands of people were forcibly sterilized and tens of thousands of others killed in an attempt to "clean" the chain of heredity of those with physical or cognitive disabilities.

Pope Francis also recalled stories he heard as a child from his teacher about children "thrown from the mountain" if they were born with malformations. He lamented how some families choose not to have children, while others conduct prenatal tests to see if their babies have malformations or genetic problems.

"The first proposal in such a case is: 'Do we get rid of it?' The murder of children. To have an easy life, they get rid of an innocent," the pope said.

"Children should be accepted as they come, as God sends them, as God allows, even if at times they are sick."

Francis has dedicated much of his pontificate to preaching about families and marriage and the problems people encounter in today's society. He is expected to address these issues during a trip to Ireland in August.

The remarks from Pope Francis come three days after the lower house of parliament in Argentina, his home country, approved a measure that would legalize elective abortion.

Argentina currently allows for abortions only in cases of rape or grave risk to the mother's health. The new measure would allow women to have abortions free of charge at public hospitals up to 14 weeks from conception.

If Argentina's Senate approves the bill, President Mauricio Macri has said he intends to sign it into law.

Ireland, a deeply Catholic nation, paved the way for abortion legislation last month after 66.4 percent of people voted in a referendum to repeal an amendment that gives mothers and the unborn an equal right to life.

Opinion: A triumph for women and for Ireland

Ireland has voted overwhelmingly in favor of abolishing the total abortion ban in its constitution. The result is a triumph for women in Ireland and a victory against populism, says Barbara Wesel. (26.05.2018)

Abortion doctors can be hard to find in Germany. In some cities there are none, and their number appears to be declining, while medical schools often fail to teach the procedure so crucial to women. Papayas help a bit. (11.05.2018)