The motion passed by a narrow margin after two days of contentious debate. The bill has also been hotly debated in the conservative South American country. The measure will now move to the Senate. 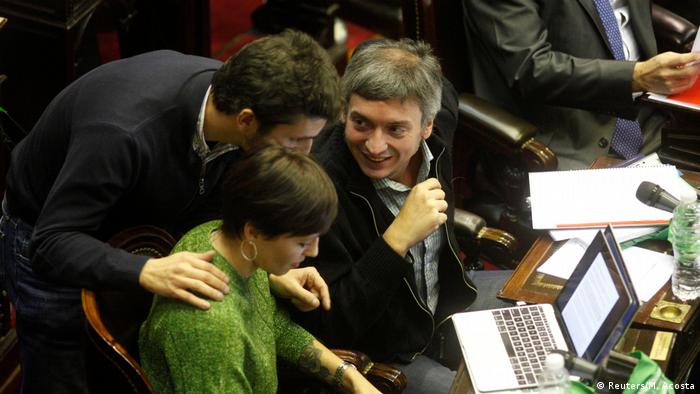 On Thursday, Argentina's lower house voted 129 to 123 to approve a measure that would legalize elective abortion within 14 weeks of conception. The vote came after 22 hours of heated debate.

Most every representative in the chamber took the opportunity to voice their opinion on the highly emotional topic.

Currently, Argentina, only allows abortion in cases of rape or grave risk to the mother's health. The new bill would allow women to have abortions at public hospitals until the 14th week of pregnancy, free of charge.

Outside, groups of onlookers braved cold temperatures to follow the debate and the vote as they were broadcast live on large screens near the Chamber of Deputies. There were cheers at the result. 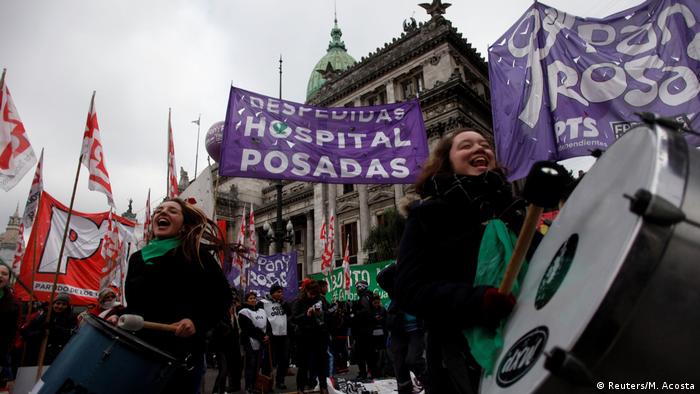 Crowds waited for the result of the assembly debate and vote

Read more: Opinion: A triumph for women and for Ireland

Argentina's President Mauricio Macri said of the debate: "We have been able to resolve our differences with respect, with tolerance and listening to each other, understanding that dialog is the path that will strengthen our future."

If it is approved by the Senate, Macri has said he intends to sign the bill into law.

Center-right politician Graciela Caselles said: "I defend life above all else ... abortion goes against the very essence of being a woman."

Her sentiment was countered by centrist Silvia Martinez, who said: "We need to recognize that forced motherhood is torture for women, as has been recognized by human rights organizations."

Leftist Nathalia Gonzalez Selgria asked: "Until when shall we have to tolerate the influence of the Catholic Church in our lives? We need to separate the church from the state." 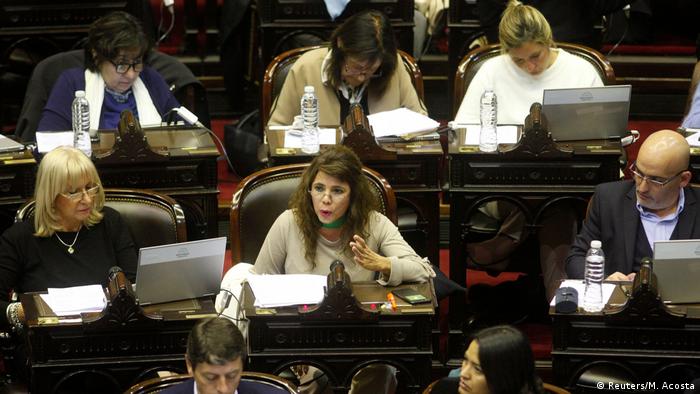 Known for its social conservativism, Argentina is the home country of Pope Francis, born Jorge Mario Bergoglio in Buenos Aires. The Catholic Church holds great sway in Argentina and the Vatican came out in strong opposition to the bill.

The pope himself sent a letter to Argentina's bishops imploring them to "defend life and justice."

'Argentines will continue to be religious'

Many young people are in favor of loosening the country's abortion laws.

Asked about the new law, 21-year-old student Micaela Gonzalez said: "Argentines are religious and they will continue to be. Catholics have abortions but with this law, now they will be able to do so safely."

Argentine Health Ministry statistics show that more than 17 percent of the 245 recorded deaths of pregnant women and girls in 2016 were caused by abortion.

Non-governmental organizations claim that 500,000 illegal abortions are performed in the country each year.

The debate surrounding the abortion bill was not dissimilar to those which took place in 2010, when Argentina, in the face of strong opposition from the church, became the first Latin American country to approve same-sex marriage.

Chileans protest for the right of abortion