Pope Benedict XVI has announced that he will resign from his post as head of the Roman Catholic Church. The 85-year-old pope cited his advancing years as the reason for the extremely uncommon decision. 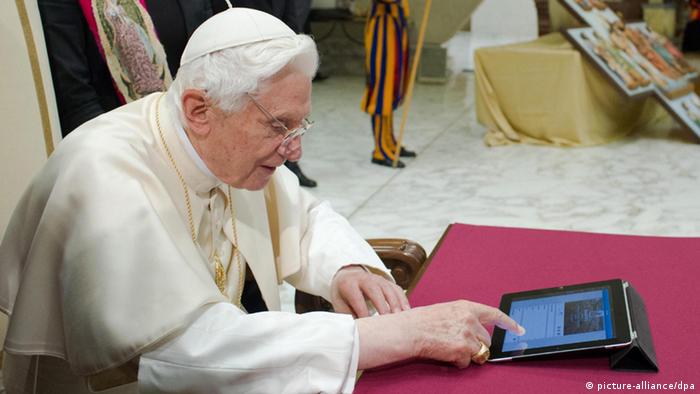 Pope Benedict made the surprise announcement during a meeting with Vatican cardinals on Monday.

The 85-year-old German-born pontiff, formerly known as Josef Alois Ratzinger, said he would step down on February 28. He will be the first pontiff to resign since Gregory XII in 1415.

"I have come to the certainty that my strengths, owing to an advanced age, are no longer suited to an adequate exercise of the Petrine ministry," Benedict XVI said, speaking in Latin from a hall in his residence near St Peter's Square, saying he had reached the conclusion "after having repeatedly examined my conscience before God."

His elder brother, Georg Ratzinger, said that doctors had advised the pontiff against taking any more trans-Atlantic trips.

"His age is weighing on him," Georg Ratzinger, 89, told the DPA news agency on Monday, adding that he was forewarned about the coming announcement. "My brother would like more rest at his age."

Benedict said that he was lacking "both of strength of mind and body necessary" to perform his duties, "strengths which in the last few months have deteriorated in me to the extent that I have had to recognize my incapacity to adequately fulfil the ministry entrusted to me."

Pope Benedict was elected to the office on April 19, 2005, at the age of 78 - making him the oldest person chosen as pontiff in over two centuries. Roughly 1.1 billion people, around half of the world's Christians, are believed to be Catholics.

His almost eight years in office were often turbulent. Mistreatment of children either by priests or by staff in church-run schools dominated the headlines earlier in his tenure, while his conservative statements sometimes courted controversy with believers of other faiths. German Chancellor Angela Merkel even criticized the pope for his move to reverse the excommunication of Richard Williamson, a Holocaust-denying bishop.

His conservative stance on church issues, including contraception, human sexuality and whether to allow women to enter the priesthood, was also criticized at times - especially in Europe and the US.

The pope leaves behind a church in crisis

Pope Benedict XVI has announced the he will step down February 28, after eight years as pontiff. He combined piety with academic brilliance, seeking dialogue with modernity. But his tenure was overshadowed by scandal. (11.02.2013)

Full text of the resignation speech of Pope Benedict XVI

Pope Benedict XVI has announced that he will resign on February 28 because he is simply too old to carry on. Here is the text of his announcement, delivered to cardinals gathered for a ceremony to name three new saints. (11.02.2013)

In recent months, the so-called Vatileaks scandal garnered much attention, when the pope's butler leaked sensitive documents to the media.

A prolific conservative theologian, Benedict was a more low-key pontiff than his predecessor, John-Paul II. In apparent recognition of his academic credentials, John-Paul chose Benedict in 1981 as the prefect of the Congregation for the Doctrine of the Faith, a position as the "protector" of the Catholic faith that he performed for nearly 25 years.

He also chaired the conclave of the College of Cardinals in which he was elected pope in April 2005. Vatican spokesman Federico Lombardi said on Monday that he expected another conclave to be held within 15 or 20 days of the pontiff's February 28 resignation. The secret ballot among the College of Cardinals in the Sistine Chapel is best known for the use of smoke signals to communicate to the outside world - with black smoke signifying that a decision is still pending, and white smoke showing a resolution.

By stepping down, Pope Benedict is setting an unusual precedent as the Bishop of Rome generally remains in the position until death. John Paul II, the Polish-born Karol Jozef Wojtyla, led the Vatican for 27 years until his death at age 84.

Pope Benedict XVI was born in Marktl am Inn, Bavaria, on April 16, 1927. He studied theology after World War II - during which he was drafted into an anti-aircraft battery -and was ordained as a priest in 1951, securing his doctorate in theology from the University of Munich two years later.

Prior to his election as pope, he was a widely respected theologian. During the Second Vatican Council in the early 1960s, he provided expertise to Cardinal Joseph Frings of Cologne. From 1977 to 1982, Ratzinger was the Cardinal of Munich - John Paul II added him to the College of Cardinals just one month after his appointment.