The pope leaves behind a church in crisis | World | Breaking news and perspectives from around the globe | DW | 12.02.2013

The pope leaves behind a church in crisis

Pope Benedict XVI has announced the he will step down February 28, after eight years as pontiff. He combined piety with academic brilliance, seeking dialogue with modernity. But his tenure was overshadowed by scandal. 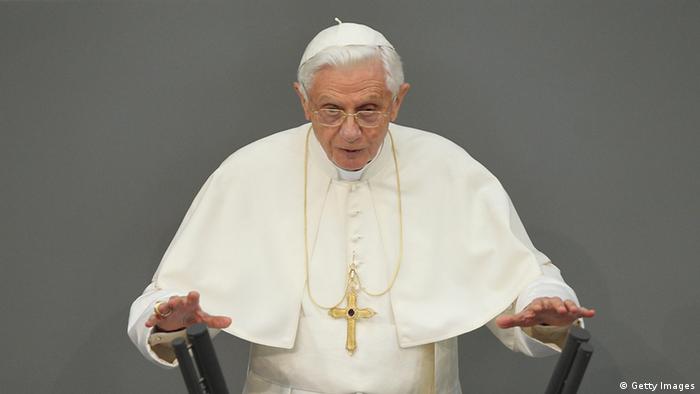 "The cardinals have elected me, a simple and humble worker in the vineyard of the Lord" - Cardinal Joseph Ratzinger spoke those words on April 19, 2005, from the central balcony of St. Peter's Basilica in Rome. The papal conclave had lasted just two days before the cardinals selected the 78-year-old Ratzinger as head of the Roman Catholic Church.

Benedict XVI was the first German pope in nearly 500 years - a pope from Germany 60 years after the Holocaust, and a pope from the country of the Protestant Reformation. The announcement of his resignation effective February 28 is no less sensational. It marks the first resignation of a pope in around six centuries and the second such instance in the history of the church.

In Pope Benedict XVI, the world experienced a conservative pontiff who had presence and surprised everyone at times. Pope Benedict combined the deep piety of his heritage with the erudition of a professor, and he did not simply continue the strict approach for which he was known in his previous role as head of the Congregation for the Doctrine of the Faith. Though deeply rooted in tradition, as a pope, Benedict sought dialogue with modernity. 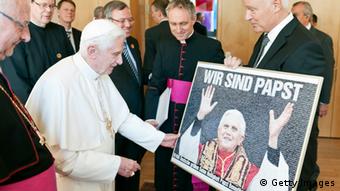 Benedict was the first German pope in hundreds of years

His tenure as pope was also plagued by scandals, and he presided over the Catholic Church in an era shaped by a sense of crisis. That likely meant personal suffering for the pope.

Joseph Ratzinger's selection to head of the Catholic Church marked the crowning achievement of a life that began on April 16, 1927, in the village Marktl am Inn in the Bavarian countryside. His father was a police officer, and the family was deeply religious. As a 17-year-old at the end of 1944, he was drafted into the German Armed Forces. Shortly after the end of the Second World War, he studied theology like his brother and the two became priests. His only sister never married.

'We are the pope'

Ratzinger became a theology professor in the late 1950s and quickly won esteem and prestige in his field. Under the auspices of Cologne Archbishop Joseph Frings, Ratzinger took part in 1963 in the Second Vatican Council (1962-1965). In 1977, Ratzinger became the archbishop of Munich-Freising and later was promoted to cardinal.

Four years later, Pope John Paul II called Ratzinger to Rome. As prefect of the Congregation for the Doctrine of the Faith, he was the head of the Catholic Church's highest doctrinal body. Ratzinger took a conservative course when it came to controversies such as women in the priesthood and the relationship to other Christian denominations.

Benedict XVI's election as pope sparked jubilation and engendered feelings of pride in Germany. "We are the pope," the German tabloid newspaper "Bild" quipped in a well-known headline. Some said that the 265th pope in the history of the church was too old; that he would only serve as a place holder and would be unable to implement reforms.

In terms of church politics, Pope Benedict XVI's eight-year tenure was a period of transition. But he did leave his own mark by appointing nearly half of the cardinals who will now elect his successor. 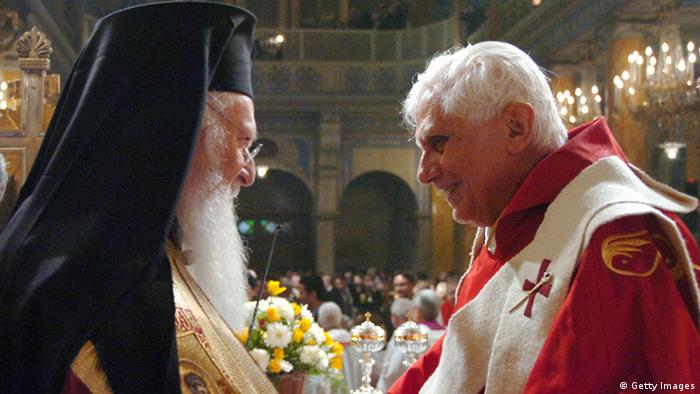 Pope Benedict campaigned for a lively dialogue between faith and reason, religion and modernity. He was the first pontiff to give a television interview in the history of the Holy See. He also communicated his message through Twitter, books and above all in his speeches. He emphasized that a positivist conception of reason and justice were not enough and would ultimately come at the expense of humans.

"God is not something irrational that stands in opposition to reason," he said. According to Pope Benedict XVI's credo, restricting religion to the private sphere would come with human costs.

The pope made a name for himself through two dozen foreign trips and his many speeches. Among his important addresses was a speech to the German parliament in September 2011, when he came out in support of European integration.

Pope Benedict surprised many as a minister, for example during World Youth Day. As a preacher, he concentrated on interpreting the Holy Scriptures in his weekly Vatican addresses.

"He who believes, is not alone - not in life and also not in death," he said. During his 2011 visit to Germany, the pope equated God and the future.

"Wherever God is, that's also where the future is," he said. "In reality, wherever we allow God's love to impact our lives - that's where heaven is open."

Mixed record with other religions

He took in Anglicans, who had left their church in disagreement over the opening of the priesthood to women. Benedict also cultivated contacts with the Orthodox Church. 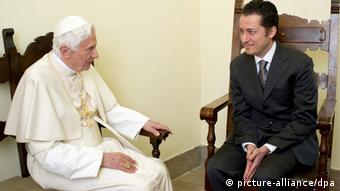 The pope pardoned his butler, who leaked confidential documents to the press

But the pope's relationship with other religions was not without tension. There were rough patches with respect to both Judaism and with Islam. In 2006, the Benedict gave a speech in Regensburg, which sparked outrage in the Arab world due to a misinterpreted quotation about the Prophet Mohammed. However, in the wake of the controversy, Christian-Islamic theological dialogue took on new dimensions.

The scandal about the decades-long sexual abuse of children by Catholic priests overshadowed Benedict's tenure - in Ireland, the US, Australia, Belgium and, later, also in Germany. Critics complained that the Church was not acting decisively enough by simply transferring perpetrators elsewhere and acting secretive instead of pursuing civil litigation.

It's true that the pope made an effort to deal with the abuses and reached out to the victims. Although he met with the victims during many trips, the public was always excluded. Benedict said that he was shaken by the abuses, calling them a "scourge" that caused "great suffering." He sharpened the guidelines for educating priests.

Finally, the Vatileaks scandal shook the Holy See in 2012. Confidential documents were stolen from the pope and leaked to the public. The perpetrator turned out to be the pope's butler, Paolo Gabriele. After a short time in jail, he was pardoned by Benedict.

But long-time Vatican observers say that the Vatican is demoralized by intrigue and partisan in-fighting. The reform of the Roman Curia represents a key task for Benedict's successor.