Poll: Majority of Germans in favor of stricter COVID rules

Many more people in Germany support current COVID measures than not and many would support further restrictions. Coronavirus skeptics remain in the minority. 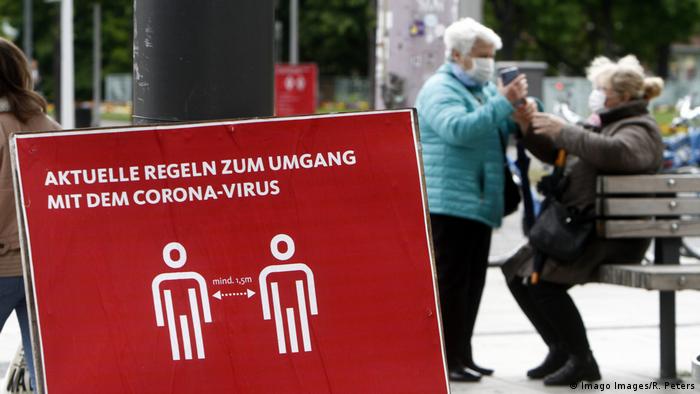 An overwhelming majority of people in Germany support current regulations aimed at reducing the spread of coronavirus, or favor even stricter rules, according to a poll carried out by public broadcaster ZDF. A mere 10% considered the current regulations to be over-the-top.

With the number of new daily cases in Germany on the rise, 77% of those who took part in the poll agreed that stricter controls were necessary in order to keep the spread of the novel coronavirus in check.

Party affiliation made little difference with the majority of affiliates from most parties declaring their support for the current measures. The one exception was among supporters of the right-wing Alternative for Germany (AfD) party. Even among this group just under half of those surveyed were in favor of the restrictions.

The public broadcaster ZDF published the results of their poll at the same time that coronavirus skeptics were threatening to ‘storm Berlin' to demonstrate against the current rules in Germany which they believe to be unnecessary. The planned major weekend demonstrations have been reinstated, at least pending a possible appeal, after the organizers challenged the ban in court. 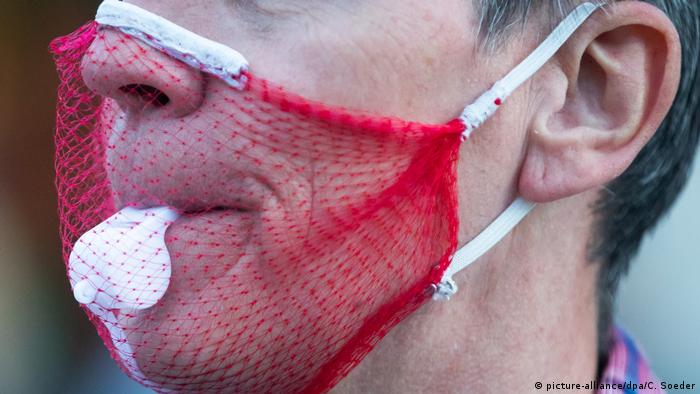 A man wears a fake mask at an anti-coronavirus protest

The majority of participants also specifically supported increasing restrictions for both public events and private parties with 79 and 70 percent respectively being in favor of lowering the number of people allowed.

More than half of the respondents said that they would prefer nationally unified regulations while just under 40 percent considered it acceptable for different cities and states to maintain their own rules.

People were almost equally split on whether they believed Germans were behaving sensibly or not during the coronavirus crisis.

Despite support for further restrictions generally, the majority of respondents were hesitant to enforce the wearing of masks in the work place or during classes with only 37 percent in favor of forcing students to wear a mask while inside the classroom.

Meanwhile, a separate poll by YouGov published on Friday found that most Germans supported letting the annual Christmas markets go ahead, provided rules were imposed designed to limit the danger of transmission. Of just over 1,000 people surveyed, 41% approved, provided coronavirus hygiene measures were incorporated. Another 11% approved even if no additional restrictions were imposed, while 38% said they should be called off altogether. The remainder either answered "don't know" or gave no response.

A major flaw in the security system of a German software company has left vast amounts of private information vulnerable to hackers. Data collected for coronavirus contact tracking forms has also been affected.