Anti-lockdown protesters in Berlin are planning a large-scale demonstration at the weekend. A court on Friday scrapped the ban imposed by the state's authorities. Police are preparing for all eventualities. 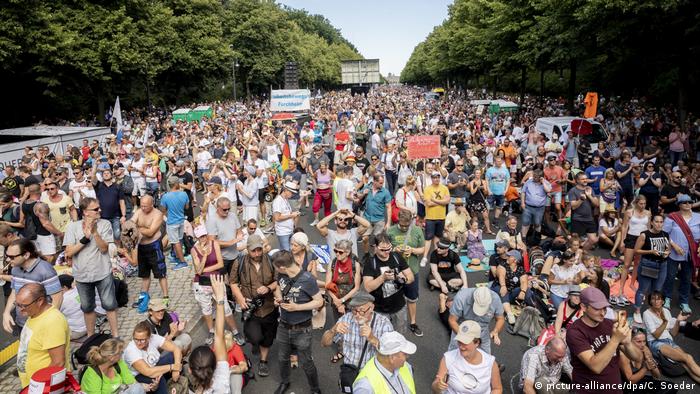 Organizers of the coronavirus skeptics' demonstrations set to take place this weekend expected more than 22,000 people to descend on Berlin, with bus trips organized from around the country.

On Wednesday, however, the capital's authorities had called the whole thing off.

Andreas Geisel, the interior minister for the city-state of Berlin, had argued the controversial decision was prompted by behavior at a previous protest on August 1, during which demonstrators "deliberately" violated hygienic and distancing rules. Many participants refused to wear face masks and maintain social distance from one another.

Police gear up across Berlin

Since the announcement of the ban, police in the capital have been preparing for a number of scenarios, including the possibility that thousands of demonstrators take to Berlin's streets.

According to the city's authorities, thousands of planned rallies have been registered. Supporters have been using social media to encourage people to travel en masse to the capital.

"The general observation seems to be that people are still planning on coming to Berlin. There are also growing calls to use violence," Holnburger told DW. 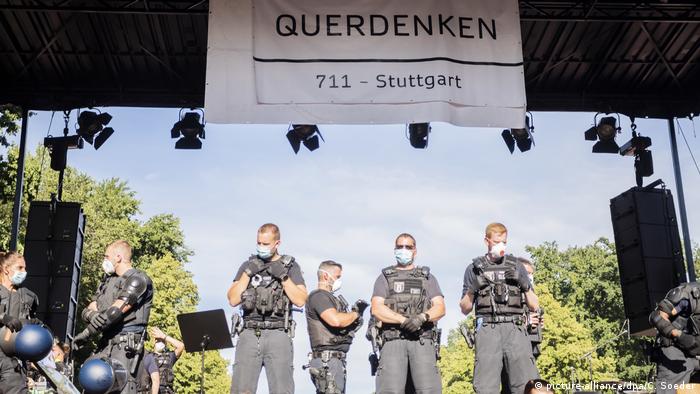 Organizers calling themselves "Querdenker 711" ("Lateral thinkers 711") are indeed adamant that the protests will go ahead.

The Stuttgart-based group is calling for the immediate removal of the German government and the termination of all coronavirus protection measures.

Right-wing extremists in particular are calling for protesters to "storm Berlin." A hashtag by the same name, #SturmaufBerlin, was trending on Twitter throughout Thursday. Opponents of the demo quickly hijacked the hashtag, however, and began posting it with photos of cake.

Read more: Germany's Reichsbürger movement out to delegitimize the state 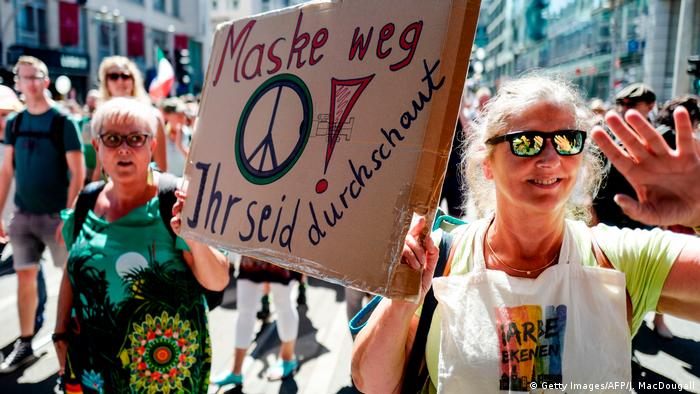 Observers of the scene had warned ahead of this weekend's planned demonstration that it would turn into the largest gathering of right-wing extremists since dayslong protests in September 2018 in the eastern city of Chemnitz, which turned violent.

Jürgen Elsässer from the right-wing extremist "Compact" magazine said he considers Saturday the "most important day since 1945," referring to Germany's watershed moment — the end of WW2.

The controversial move to ban the demonstration had been largely supported by Berlin politicians.

Members of the far-right AfD, however, called on people to mobilize. They said the decision to ban the protest showed how the Berlin Senate is "trampling on basic rights," said regional AfD leader in Berlin Nicolaus Fest. 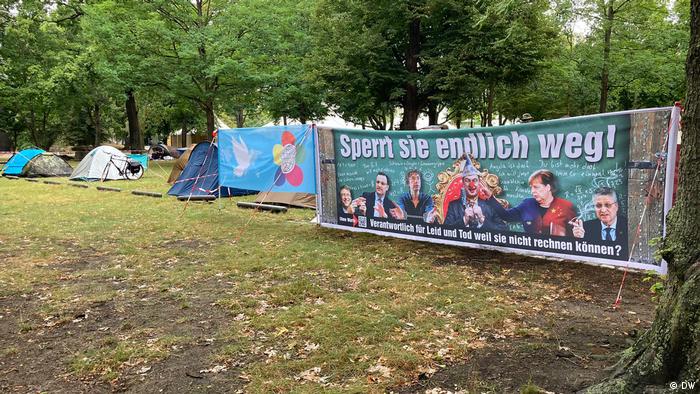 Political scientist Jasmin Riedel says the decision to ban could be seen from two perspectives: legally and politically.

"On the one hand there is the possibility to limit open-air gatherings, but corona has left us in a unique situation," she told DW. "Before anything can be banned, it would be important to check if special requirements like face masks and social distancing can be upheld."

As that was not the case at the August 1 protest, Berlin state authorities came to the conclusion that coronavirus prevention measures would not be upheld at this weekend's demo.

From the political perspective, however, Riedl said it was "extremely clumsy" of Berlin's interior senator Geisel to add that he didn't want Berlin to be used as a 'backdrop for coronavirus deniers, Reichsbürger and right-wing extremists.'

"In doing so, he "gifted the protesters an extra line of argument," Riedl said.