Berlin's quick refusal of Athens' loan request has been met with ample criticism. Now it will be up to eurozone finance ministers meeting today to determine if there will be a compromise on bailout funding for Greece. 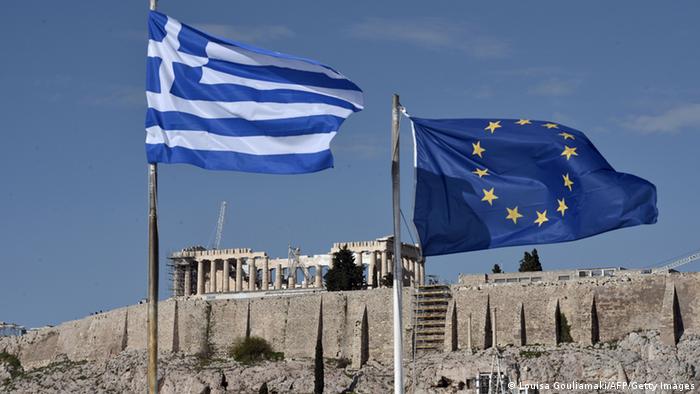 Germany took a hard line against Greece's request for a six-month extension on Thursday, slamming the request as "not a substantial proposal for a solution."

"The letter does not meet the criteria agreed upon in the eurozone on Monday," a spokesman for German Finance Minister Wolfgang Schäuble said.

The German criticism came moments after EU Commissioner Jean-Claude Juncker had praised the offer from Athens, describing it as "opening the way for a reasonable compromise."

In Berlin, Schäuble's defiance has already begun to cause a rift in the governing grand coalition government. Vice Chancellor Sigmar Gabriel of Social Democrats, the junior coalition partner, said he agreed with Schäuble that Greece's proposal fell short of what was necessary, but added that "it must be used as a starting point for negotiations."

"[It is] a giant step by the Greek government to accept that without a program, there won't be aid," Gabriel said, adding that "we must all stop issuing ultimatums."

"We should take this new attitude in the Greek government as a starting point for negotiations and not publicly reject it in advance," a source close to Gabriel said on Thursday.

Thorsten Schäfer-Gümbel, leader of the SPD in Hesse's state parliament, expressed a stronger opinion, however, telling Reuters news agency that "Schäuble's instant 'no' is an unnecessary confrontation."

In an interview with German public broadcaster ZDF on Friday, SPD finance expert Carsten Schneider slammed Germany's handling of the Greek request, dubbing Schäuble's rejection as "undiplomatic" and an "overreaction."

The European policy spokesman for The Greens in the Bundestag, Manuel Sarrazin, also criticized Schäuble's refusal, claiming that the "Greek government has clearly moved."

"The conditions of the eurozone are largely met. The fact that Schäuble is now simply rejecting the application is completely unacceptable," Sarrazin said to Reuters.

The Greek media, which in the past has depicted Schäuble as a Nazi, also hit back on Friday. 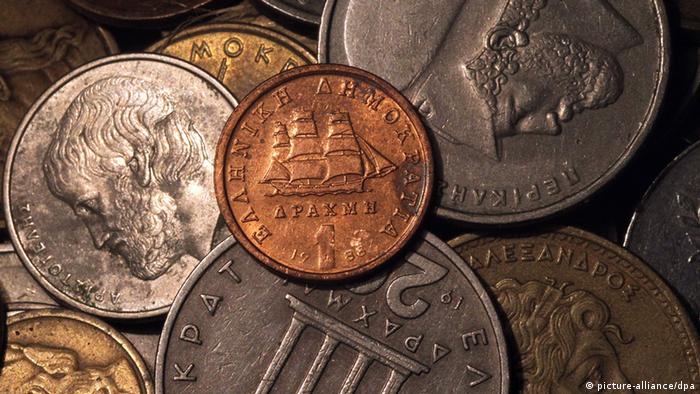 Will Greeks see the return of the drachma?

Speaking to German business paper Handelsblatt on Friday, Portuguese Finance Minister Maria Luis Albuquerque supported Schäuble's comments, however, agreeing that the bailout could not be extended without any conditions.

Like Greece, Portugal also previously benefitted from a eurozone bailout and pushed through tough economic reforms in order to repair its troubled finances and economy.

As the February 28 expiry date of Greece's current bailout looms, time is running out for the 19-member eurozone to settle an agreement.

The take-it-or-leave-it proposal put forward to the eurozone by Greek Prime Minister Alexis Tsipras could lead to Athens running out of money within weeks - an outcome which could potentially trigger Greece's to exit from the euro currency bloc.

Speaking to the online edition of Handelsblatt, Mannheim economist Hans-Peter Green warned of underestimating a "Grexit."

"The introduction of a new currency and the conversion of old debt to a new Greek currency would lead to economic chaos," Green said, pointing out that Greek companies "would have to pay their debts in euros, while taking only drachmas."

"Widespread failures would ensue, and the associated uncertainty would intensify the crisis," he warned.

Following is the text of the letter Greek Finance Minister Yanis Varoufakis sent to Eurogroup President Jeroen Dijsselbloem in which he formally requested an extension to Greece's eurozone loan agreement. (19.02.2015)

An important survey of business owners has shown the eurozone economy gaining momentum even as finance chiefs wrangle over Greece's bailout program. (20.02.2015)