Poland's incumbent Andrzej Duda's reelection as president would entrench the ruling PiS’ illiberalism, but also its social policies. Jo Harper looks at at what impact the election outcome might have on the economy. 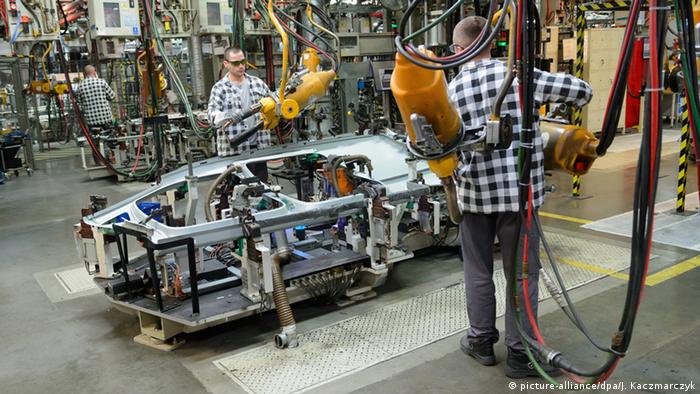 Poland's ex-foreign minister, Radoslaw Sikorski, said recently that ruling Law and Justice (PiS) party leader Jaroslaw Kaczynski would like to turn Poland into a version of Franco's Spain, an inward-looking Catholic-nationalist state, with a closed economy. When Poles go to the polls for the controversially delayed presidential election on June 28 they can start reversing the process.

If, as opinion polls suggest, incumbent Andrzej Duda is dragged into a second round on July 12, a victory for his main challenger, Civic Platform's (PO), Rafal Trzaskowski becomes much more likely. The question is if a new president, a role constitutionally limited in the Polish parliament-based system, would make a difference given PiS has a lower house majority and its takeover of the courts and public media is almost complete.

If Duda is reelected to serve a second five-year term, the PiS government would be given a three-year run without national elections, enabling it to continue its program of radical state reconstruction. "If Duda wins, nothing will change in economic policy," Adam Czerniak, director for research at Polityka Insight, a think tank in Warsaw, told DW. But if Trzaskowski wins and PiS is defeated, the presidency having lost the upper house, Senate, last October, the PiS "project" will be dragged deeper into political battles it might not be able to win, as competing groupings within PiS and within its electoral coalition could become harder to manage.

PiS lacks the three-fifths legislative majority needed to overturn a presidential veto and a defeat for Duda could even see parliamentary elections called this year. This in turn could result in lower investment, a weaker currency, capital flight and declining tax revenues for welfare policies.

"If one of his opponents wins, some of the most controversial bills of the government will be rejected, but at the moment the government does not plan to introduce any substantial changes to its economic policy like lowering the retirement age," Czerniak says.

Some suggest otherwise. "Both Duda and Trzaskowski emphasize the importance of state investments, with the former betting on large-scale investments, while the latter is betting on small investments, so-called 'investments around the corner,'" Artur Lipinski, a political scientist at Poznan University, told DW.

The election campaign, such as it's been during the lockdown that halted the original May 10 date for the election, has been dominated by social issues, but the test for PiS with or without Duda will come on the economic front in the form of short-term ameliorative policy, longer-term structural issues related to the effects of COVID-19 on the economy, as well as its own project for increasing state ownership of a more "Polonized" economy.

In April, the government said it would pump 100 billion zlotys (€22 billion, $24 billion), 4.5% of GDP, into the economy to save jobs during the lockdown. This "financial shield" was designed to complement March's "anti-crisis shield" worth €47 billion, which was heavily criticized by business groups.

According to European Commission President Ursula von der Leyen, €750 billion will be pumped into Europe's economies to guard against the danger of a postcoronavirus economic crisis, but questions remain as to who will be net payers, reflecting the politics at the heart of the decision.

Analysis by Bloomberg shows that most of the EU Fund for Reconstruction in the Franco-German vision could be subsidized by Central and Eastern European and the Nordic countries. The European Center for Economic Research in Mannheim (ZEW) suggests that Poland may become a net payer. 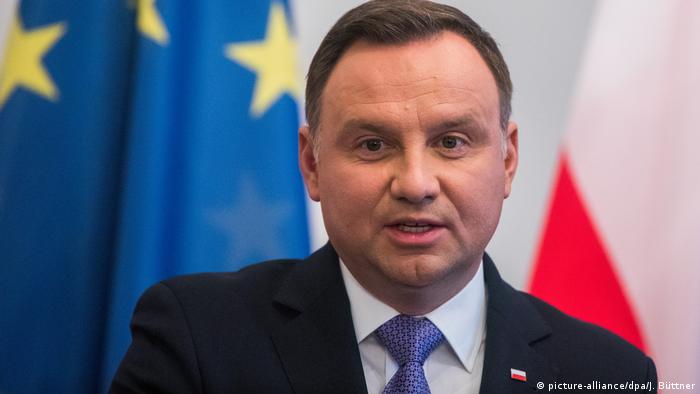 Poland with or without Andrzej Duda as president — what difference would it make for the domestic economy?

"The government in its budget for 2020 made very optimistic assumptions about tax revenues, which—coupled with accounting gimmicks —allowed it to pretend the budget was balanced," Laszek said. "So even without COVID-19, governing would be much harder. The government planned to introduce new expenditure and tax cuts before the elections and leave new taxes until after them," he went on. Without a PiS president this would be harder to do, but of course now it will be easier to present accumulated problems as a result of the pandemic, Laszek added.

In the wider sense, PiS has managed to achieve very little, Laszek believes. "They have been good at announcing new spending programs, but their development goals have not been fulfilled," he went on, noting a weak investment rate in particular. In January 2016, Prime Minister Mateusz Morawiecki, announced a plan to increase the investment rate to 25% GDP in 2020.

"But as a result of PiS' policies, in particular unpredictable tax changes and attacks on the rule of law, investment contracted and in 2017 fell to its lowest level since 1995," Laszek said, noting that in 2019 it was still lower than in 2015.

Others are more upbeat. Czerniak, for example, believes the majority of PiS' election promises have been fulfilled: lowering the retirement age, an increase in tax credits and new child allowances.

"Actors loyal to PiS are employed by various state institutions and companies and then reciprocate with financial support for the party or some of its projects," Lipinski said, adding there was plenty of evidence of PiS placing its supporters in many places. The takeover of the Constitutional Court, the Supreme Court and the National Council of the Judiciary, which could limit the appropriation of the state, was an important step.

"People appointed to companies often don't have any relevant background, but high wages in the companies are treated as a reward for loyal party servants," Laszek argued. "Investment policy is then driven by political interest, with energy companies being used to bailout inefficient coal mines, for example."

Between Duda being elected and before the COVID-19 scare started, capitalization of state-owned enterprises fell 20%, down €20 billion. "So it's not exactly a crony capitalism of the sort where connected businessmen are earning billions, but still economic resources are misused," Laszek said.

"If reelected, Duda would not veto more government actions to stimulate social benefits, a system which is inspired by solutions implemented in Germany," Greg Lewicki, a fellow of the Polish Economic Institute, told DW.

"Trzaskowski claims he will not hinder the social democratic direction by the PiS government, but on the other hand he does not have specific solutions," Lewicki added. "PiS certainly has sent a clear signal it is a social democratic party that takes care of the precariat. It is actively communicating to society it is fulfilling its promises."

Lewicki believes many economically motivated voters will forgive the party its conservatism, the cases of resource mismanagement and the hubris of some of its politicians. "What PiS is trying to do is to facilitate technological innovation, again, modeled on solutions implemented inter alia in Germany," Lewicki says.

"PiS does not want to nationalize the economy, but it does believe capital has its own nationality, which influences its behavior and role. PiS politicians are also aware of the tacit mechanisms in many Western European countries, including Germany, that prevent foreign capital taking root in the country,” Lewicki concluded.

Polish MEP on trying to keep Europe 'great and Christian'