Warsaw has announced plans to build a new territorial defense force of 53,000 volunteers by 2019. Priority would be given to eastern provinces deemed to be most exposed to pressure from Russia, the defense ministry said. 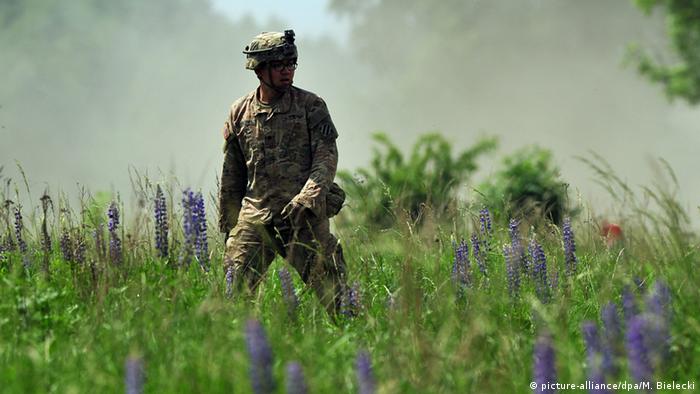 Polish Defense Minister Antoni Macierewicz told news channel TVN24 on Monday that by 2019, the force, which would cost 3.5 billion zlotys (800 million euros), should have 53,000 men.

"These units are the cheapest way to increase the strength of the armed forces and the defense capabilities of the country. It is also the best response to the dangers of a hybrid war like the one ... following Russia's aggression in Ukraine," Macierewicz said.

Experts and officials say hybrid warfare is a tactic employed by Russia that uses deception rather than a formal declaration of war.

Plans set out by the defense ministry call for each of Poland's 16 provinces to have a force of 3,000-5,000 volunteers who undergo military training, similar to the US National Guard. Priority in deployment will be given to eastern provinces - Podlachia, Lublin and Podkarpachie - deemed to be the most exposed to Russian pressure.

"Professional soldiers will constitute between six to eight percent of these units and will command the volunteers," defense ministry spokeswoman Beata Perkowska told news agency AFP. 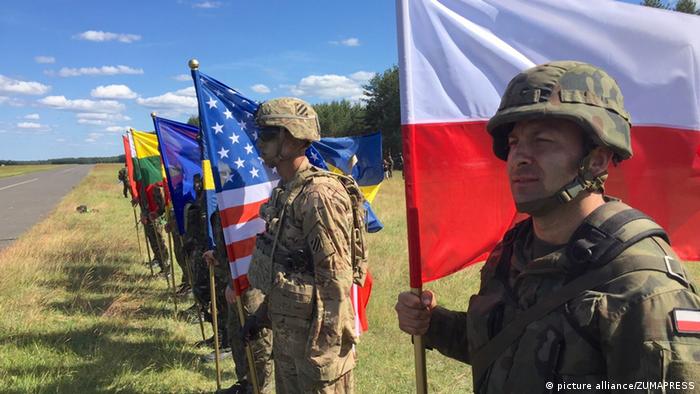 The announcement on Monday came in light of recent images, showing Russians taking part in a nuclear war drill. Added to Putin's decision last month to suspend a treaty on cleaning up weapons-grade plutonium, it seems the Russian president is willing to use nuclear disarmament as a bargaining chip in disputes with the US over Ukraine and Syria.

Russia also recently unveiled pictures of its largest ever nuclear missile - dubbed Satan 2 by NATO - which is reportedly capable of destroying an area the size of the UK.

Meanwhile, media reports from Russia suggest the Kremlin has reinforced its Baltic Fleet in Kaliningrad with two small warships armed with long-range cruise missiles. The newspaper "Izvestia" cited an unnamed military source saying the two ships, the Serpukhov and the Zeleny Dol, had already entered the Baltic Sea. The so-called Iskander-M cruise missiles can hit targets across Poland and the Baltics.

Bolstering defense in eastern Europe, the US said in March that it would deploy an additional armored brigade of about 4,200 troops from early 2017 on a rotational basis.

NATO has also agreed to increase its presence in northeastern Poland and the Baltics as of next year, setting up four battle groups with a total of 4,000 troops, backed by a 40,000-strong rapid-reaction force.

Secretary-General of the alliance, Jens Stoltenberg, said the move was "a measured response to what the alliance believes are some 330,000 Russian troops stationed on the country's western flank near Moscow."

Alarm on the border in Poland