The European Union recently launched a legal case against Poland after saying the country was seeking to muzzle judges. Amid this, a place at the head of the Supreme Court is up for grabs. 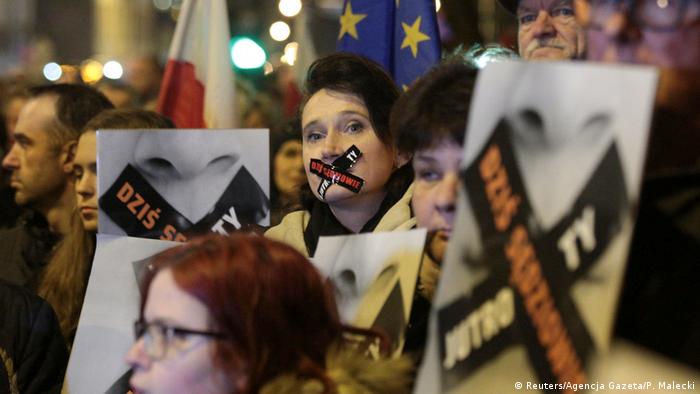 Poland's Supreme Court judges on Saturday selected five candidates for the role of new court president. It comes as the country's ruling far-right Law and Justice Party (PiS) continues a controversial reshaping of the country's judiciary, which the future incumbent will preside over.

Following six days of deliberation, the selected candidates were named as Wlodzimierz Wrobel, who received the highest number of votes, as well as Malgorzata Manowska, Tomasz Demendecki, Leszek Bosek and Joanna Misztal-Konecka.

From these five judges, current President Andrzej Duda, who is supported by PiS, will appoint the new chief justice.

Poland's PiS Party began carrying out reforms to the judicial system in 2016, the most controversial of which saw the retirement age of judges lowered, while allowing the Polish president to grant a five-year extension to whomever they deemed worthy.

In 2019, the European Court of Justice (ECJ) — the EU's highest court — ruled this was illegal, but not before 20 Supreme Court judges had already been removed.

Wrobel is the only judge who was appointed to the country's Supreme Court ahead of PiS' reforms, while the other judges named on Saturday were all appointed after this reform was introduced.

Opposition Polish lawmaker, Bogdan Zdrojewski, tweeted that Wrobel was a "spectacular candidate" for the role of Supreme Court president.

Zdrojewski expressed fears by government critics that a chief justice sympathetic to the governing party may further reduce judicial independence in Poland, saying that he wondered whether Duda would "look for someone with a much weaker mandate, but obeying the current authorities?"

Is Poland's judiciary in trouble?

The shortlisting of candidates for the highest position in Poland's top court follows shortly after the European Commission, the EU's executive branch, launched a legal case against Poland for what they consider is an attempt to muzzle judges.

Duda is signing into a law a controversial bill that would allow for the punishment of judges that criticize the government's reforms of the judicial system. Dozens of judges have already been punished for their criticism of these reforms.