Poland plans to tear down hundreds of Soviet memorials | Europe | News and current affairs from around the continent | DW | 13.04.2016

Poland plans to tear down hundreds of Soviet memorials

Since 1989, Poles have removed hundreds of memorials erected after World War II thanking the Red Army for liberating Poland from the Nazis. But around 200 memorials still remain. Now, the government wants them gone. 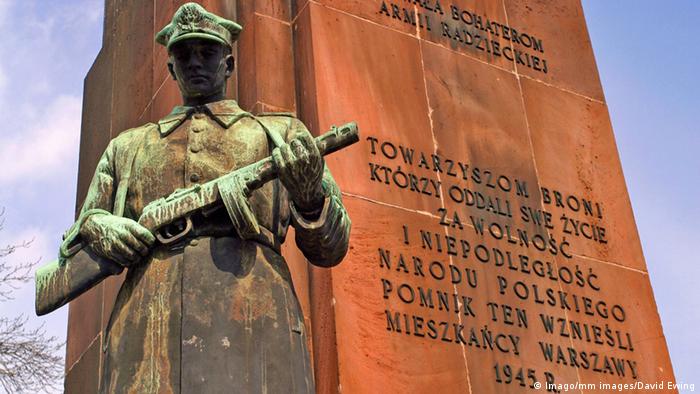 Historian Pawel Ukielski of the Polish Institute for National Remembrance (INR) would love to see the removal of the biggest symbol of the Soviet era in Poland - the Palace of Culture and Science in Warsaw. Since the 1950's, the 231-meter-high building has been the country's tallest building - and a thorn in the side of many Poles. In 2009, Polish Foreign Miniser Radoslaw Sikorski called for it to be demolished, saying it would be cathartic for Poland to symbolically bury the Soviet era.

Poles have a history of such demolitions reaching back to the 1920s, when the newly founded Polish state destroyed all symbols of the Czarist period. Among them was the hated Alexander Nevksy Cathedral in central Warsaw, demolished in a series of controlled explosions. The same can't happen to the Palace of Culture and Science, as it is now under heritage protection. But many other monuments could soon disappear.

An end to gratitude

It's a "natural, normal thing" for communist symbols to disappear from public spaces in Poland, Prime Minister Beata Szydło said recently on Polish broadcaster TVN 24. But at the moment, no one seems to know just how many monuments might be affected. In 1994, around 570 objects were listed as part of a Russian-Polish agreement, but many of them have been removed since 1989. Around 200 objects are still very noticeable, and they have to go, said Lukas Kaminski, the director of the INR in Warsaw. "Memorials in city centers and villages can send the wrong historical signal," Kaminski said. 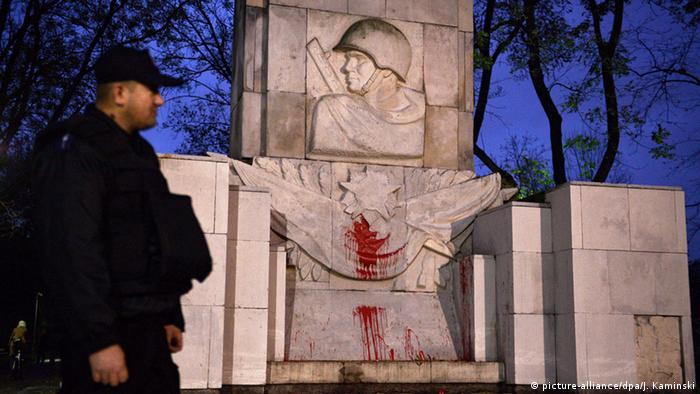 'New yoke' from the Red Army

Until recently, his institute took a very different position: Only in 2015 was the first scientific study about the history of the so-called "gratitude monuments" published. Now, the very monuments that were so carefully studied are set to disappear from public life. "What do you think we got, when the Soviets liberated Poland from Hitler, if not a new yoke?" said Kaminski.

The argument that the monuments are not about honoring the Soviets, but that they bear witness to an era in Poland's post-war history is getting short shrift in the debate. Several cities and communities reacted quickly to calls to remove Soviet monuments. In Szczecin, a huge monument "of gratitude to the Red Army" has long been a target. 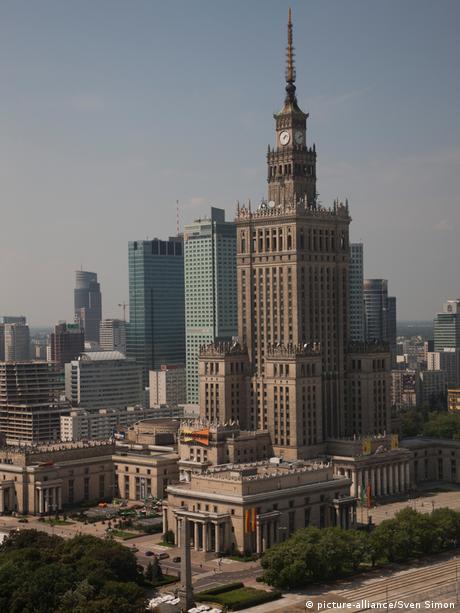 And around 500 km further east on the Russian border to Kaliningrad, people have welcomed the new remembrance policy of the Polish government. Krzysztof Kiejdo, the mayor of the small Polish town of Pieniezno, already reached one of his goals in the fall of 2015. After years of back and forth with various officials, he managed to remove a monument to the Soviet war hero General Ivan Chernyakhovsky of the Red Army.

But for the Russians, Pieniezno in eastern Poland remains a symbolic place - with or without the monument to the Soviet hero. "It is still a place of remembrance for us and we will continue to visit it in future," Russian ambassador Sergey Andreev told DW. Just this winter, Andreev laid a wreath to remember the death of the Russian general.

Meanwhile, the debate over the monuments is escalating. A few days ago, Russian Foreign Minister Sergey Lavrov accused Poles of desecrating many monuments and announced that he would take the necessary steps to "prevent such unacceptable policies." His spokeswoman even compared the methods used by the Poles to those of the so-called "Islamic State."

Warsaw has remained steadfast, however, saying it's not talking about destroying cemeteries and gravestones. It simply wants Polish heroes on pedestals, not Russian ones. Historian Ukielski even has a suggestion: Poland's "outcast soldiers." The Polish partisans fought against the communists for years in the wake of World War II, and despite the collapse of the Soviet Union, they've never been properly honored.

Prosecutors will seek to establish whether anti-communist hero Lech Walesa's handwriting matches the signatures of a purported communist-era agent. Walesa has been dogged by such accusations since 1989. (13.04.2016)

"There will be a deployment of NATO troops on the territory of the Eastern flank," Poland's Minister of Foreign Affairs Witold Waszczykowski told DW host Michel Friedman on this week's "Conflict Zone." (13.04.2016)

Poland's right-wing government has launched a new investigation into the crash. Jaroslaw Kaczynski, brother of the late president, says the plane broke up in mid-air and that then Polish PM Tusk was behind the crash. (10.04.2016)