Poison, spies and businessmen: The Litvinenko murder case 15 years on | News and current affairs from Germany and around the world | DW | 24.11.2021

Poison, spies and businessmen: The Litvinenko murder case 15 years on 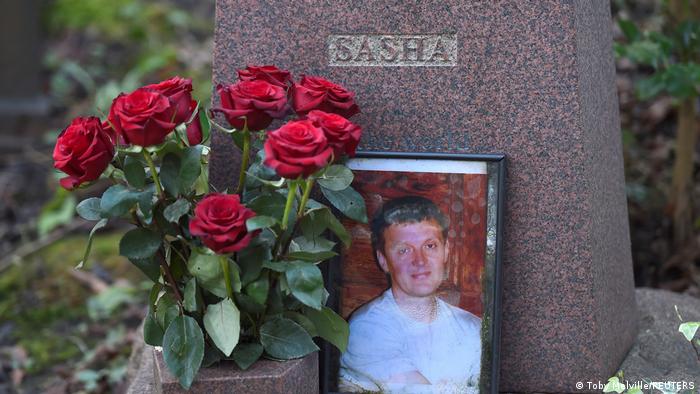 Alexander Litvinenko's grave is in London

November 23 marked the 15th anniversary of Alexander Litvinenko's death. He was a spy with the Russian secret services KGB and the FSB before becoming a British citizen and a whistleblower. His case is probably the first known poisoning of a Kremlin critic abroad since the collapse of the Soviet Union.

From among the ranks to battling outside

A Soviet KGB agent prior to the fall of the Soviet Union, Alexander Litvinenko later worked for the KGB's successor organization, the FSB. He was an agent for 11 years, from 1988 to 1999. During a press conference in November 1998, he and several colleagues said they were ordered to kill the influential Russian oligarch and politician Boris Berezovsky. 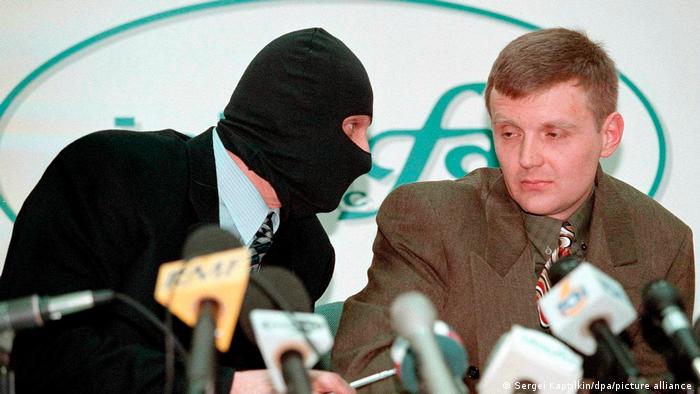 Litvinenko was let go by the FSB a short time later and arrested on a number of occasions. He was suspected or accused of carrying out a number of crimes, ranging from abuse of power to illegally acquiring weapons. He was either acquitted of those charges or they were dropped entirely over a lack of evidence.  But that didn't stop the Russian authorities from filing new charges against him, often on the same day older charges were dropped.

He received three and a half years' probation in absentia during his last trial, which was the first under Russia's new president, Vladimir Putin.

In 2000, Litvinenko fled to the United Kingdom and applied for political asylum. Litvinenko became a British MI6 officer in 2004, and also established close ties with Spanish intelligence. He soon shared information about the Russian mafia in Europe, including about its connections to Russian officials.

Litvinenko had harsh words for both the Russian intelligence community and new Russian leader Putin.  The biggest bombshell, however, was dropped when he and Russian-American historian Yuri Felshtinsky published a tell-all book entitled "The FSB Blows Up Russia." In it, they contend that the FSB organized the 1999 apartment building explosions in Russia, as well as several other terror attacks to justify the war in Chechnya and bring Vladimir Putin to power. The book also detailed the spy agency's links to criminal groups.

According to a British investigation, Alexander Litvinenko was poisoned on November 1, 2006. He died three weeks later in a British hospital. An autopsy discovered traces of the rare radioactive isotope polonium-210 in his body. 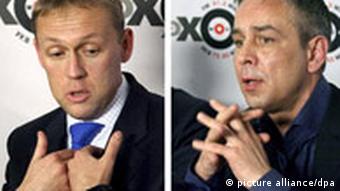 Investigators at Scotland Yard concluded that he was poisoned by a longtime acquaintance by the name of Andrey Lugovoy, working together with Russian businessman and ex-KGB agent Dmitry Kovtun. The assassination took place during a meeting in a London hotel bar, where Litvinenko had polonium allegedly mixed into his tea. The British intelligence services said the poisoning had all the signs of a "state-sponsored assassination."

In 2007, the government in London asked Russia to extradite Lugovoy on suspicion of murdering a British citizen. Moscow refused, arguing that its constitution prohibits the extradition of its own citizens.

Nearly a decade later, in January of 2016, a British judicial inquiry announced its findings. The judge in the case, Robert Owen, said that the murder of the former FSB lieutenant colonel was "probably approved" by Russian President Putin and by the director of the intelligence service, Nikolai Patrushev. 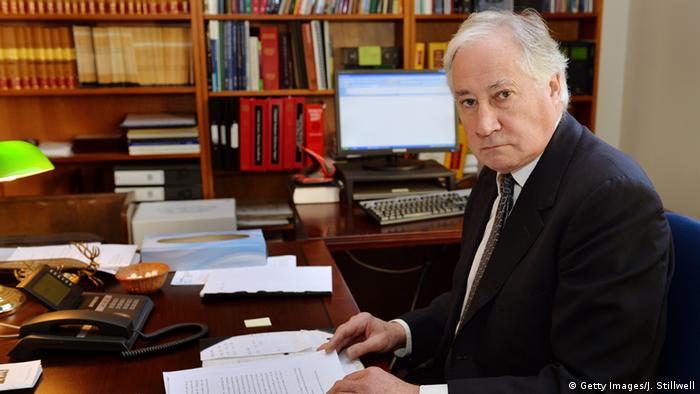 The Kremlin has denied any involvement in the crime, calling the British investigation "unprofessional" and "superficial." Putin's spokesperson Dmitry Peskov called it a "quasi-investigation" that was not about facts, but rather about allegations based on probabilities and secret information from unnamed intelligence agencies.

The findings of the British inquiry were also backed by the European Court of Human Rights, which said it believed the Russian state to be behind the murder. In September of this year, it upheld an appeal by Litvinenko's widow Marina Litvinenko, ruling that Russia was behind the crime and awarding her €100,000 ($112,000) in compensation. 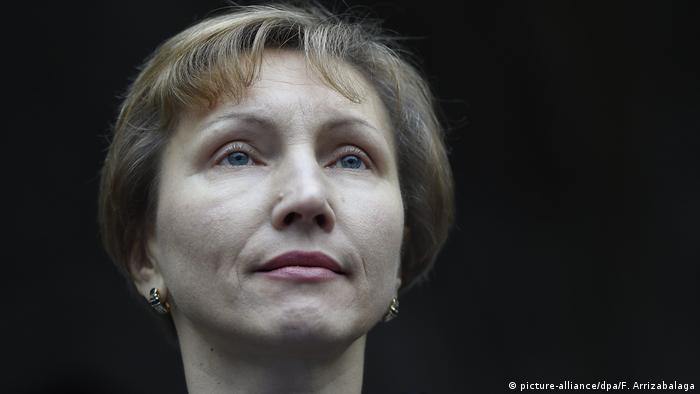 The ECHR ruled in favor of Litvinenko's widow Marina

One of the central arguments was that since polonium-210 is a very rare substance, its production is practically impossible without state assistance. "The planned and complex operation involving the procurement of a rare deadly poison, the travel arrangements for the pair, and repeated and sustained attempts to administer the poison indicated that Litvinenko had been the target of the operation," the court said.

The Kremlin announced that Moscow was "not ready to entertain the Strasbourg court ruling" and Kremlin spokesman Peskov said it was unlikely that the European court even had the powers or the technological capabilities to obtain information relevant to such a case. "To this date, there have been no results from these investigations — so such statements are baseless, to say the least," Putin's spokesperson said. The Russian Foreign Ministry described the court's decision as politically motivated.

Polonium trail traces back to Hamburg

Investigators in Germany also looked into the matter — specifically into the activities of Kovtun, who met Litvinenko in London just prior to his death. According to investigators, Kovtun left behind traces of polonium-210 during a trip from Moscow to London. Small amounts of the dangerous substance were found in the apartment of his ex-wife in Hamburg, where he spent the night, and in the car that picked him up from the airport. 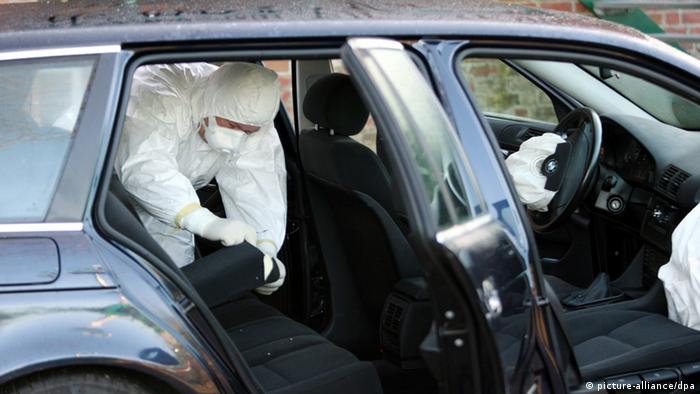 Also German authorities investigated the poisoning of Alexander Litvinenko, such as here in 2006

But in fall 2009, after three years of investigations, the Hamburg public prosecutor's office dropped the case due to inconclusive evidence. Although traces of polonium-210 were indeed found in Hamburg, evidence that the businessman procured the substance, or knowingly brought it to the city, was lacking.

Both Dmitry Kovtun and Andrei Lugovoy deny any involvement in the assassination. Kovtun even claims he was the victim of radioactive poisoning himself in London, for which he had to be treated in a Moscow hospital.

In 2015, Kovtun refused to testify in a London court via video link, arguing that because he was part of the original Russian investigation, he first needed permission from Russian investigators. The Investigative Committee of the Russian Federation confirmed that Kovtun was subject to secrecy, and that he did not request that this secrecy be lifted. The Russian prosecutor's office and investigative committee have provided no further details from their investigations. According to Andrey Lugovoy, "everything was done to find out the truth."

Lugovoy blamed the British secret service for the crime, together with the Russian mafia and Russian oligarch Boris Berezovsky, who passed away in England in 2013. The same conclusion was reached by the Russian prosecutor's office.

Lugovoy was elected to the Duma as a representative of the right-wing populist Liberal Democratic Party in 2007, and remains in office to this day.

Lugovoy and Kovtun were later added to the so-called Magnitsky sanctions list for human rights violations. The United States placed both men on the list in 2017, and the United Kingdom followed a year later.