Playing it cool: steady progress but no surprises in Bonn climate talks | Environment| All topics from climate change to conservation | DW | 12.06.2015

The 10-day climate conference in Bonn has ended without any major breakthroughs. Efforts to nail down the text of the draft agreement due in Paris this year are difficult - no surprise there. So what exactly happened? 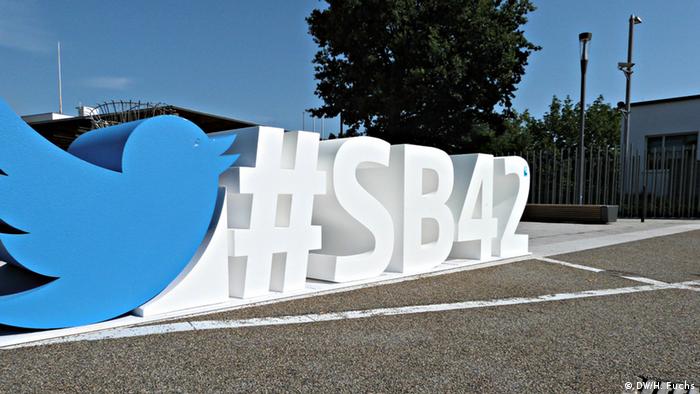 The new World Conference Center on the United Nations campus in Bonn, Germany, sure looks good. It's where around 3,500 climate experts spent the past two weeks negotiating a new emissions reduction agreement.

The talks aimed to finalize an 80-page draft climate change agreement, intended to replace the Kyoto Protocol and be finalized in Paris this fall.

But like its lengthy title, the technical nature of the talks bogged down any real progress. 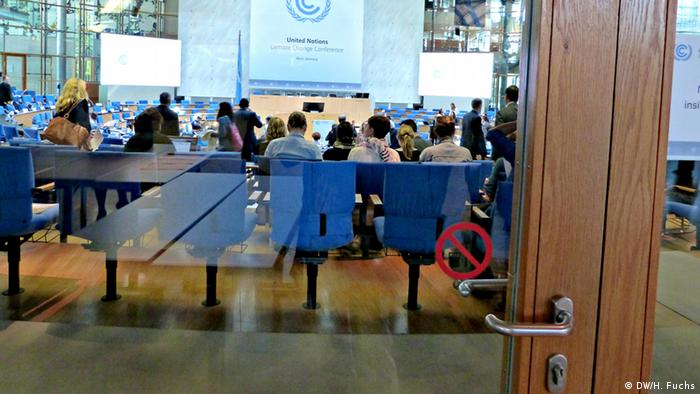 A deal still seems far off, according to many delegates from various countries and nongovernmental organizations. "It's going way too slow," "Hours are spent discussing ands, ors, periods and commas," and "I have no comment at this time" are a few of the oft-repeated statements.

Too little, too slow?

Voices from the Bonn Climate Conference

"Apparently the urgency to act on climate change hasn't arrived in the corridors of the convention center here," said Martin Kaiser, who participated in the talks as Greenpeace's climate expert.

Discussion only inched forward on issues such as how quickly countries should transition out of fossil fuels; exactly when China and India, as the largest developing countries, should reduce their greenhouse gas emissions; and how to financially support countries that will bear the greatest burden of climate change.

Kaiser explained what he says is one reason for the slow pace: "Saudi Arabia and other oil-exporting countries have absolutely no interest on a strong treaty in Paris, and are therefore attempting to drag out the talks here as much as possible," he told DW. 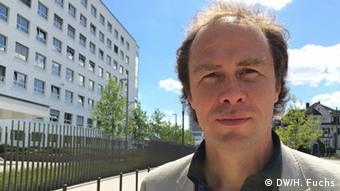 Kaiser of Greenpeace did not see the results as satisfactory

And without definitive progress now, a broad and binding treaty in Paris won't be possible. By then, all countries should have clear commitments for their national greenhouse gas reductions on the table. Combined with other aspects, such as adaptation to and mitigation of climate change, that adds up to a lot of topics to discuss.

"It all hangs together with a number of financial and technical questions," Kaiser explained.

'Keep the oil in the soil'

Recent developments at the G7 summit were encouraging, as major industrialized countries acknowledged and agreed upon the need to limit global warming to no more than 2 degrees.

But Kaiser believes politicians haven't grasped how the majority of coal and oil must remain untapped "in order to have any chance at all of stabilizing the world under the 2-degree goal." A global transition out of fossil fuels will have to occur by 2050, he clarified.

On the sidelines of the climate change negotiations in Bonn, a German campaign called for action to stop coal excavation and protect the climate. "Climate justice now!" demanded the activists.

"What's going on inside has nothing to do with energy revolution," protest organizer Ann-Kathrin Schneider, from the German environmental organization BUND, told DW.

According to Schneider, countries like Germany need to stop burning coal - as soon as possible. "We need climate protection now - not in 100 years," Schneider said, adding that she supported the G7 movement toward "decarbonization."

Kaiser echoed that satisfaction with the G7 resolution, calling the voluntary commitment from countries to transform their own energy systems "strong." Leaving some negotiating room open for China and India was also a smart move, he said: "The major industrialized countries can't be the only ones deciding."

And on that topic - climate protection and support of developing countries - a noteworthy accomplishment was achieved. 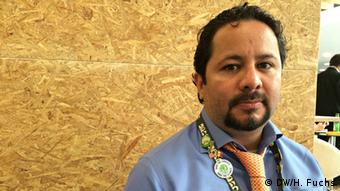 Gustavo Silva-Chavez of the group Forest Trends seemed less frustrated than other conference participants - saying he was satisfied with how a draft agreement for REDD+, or Reducing Emissions from Deforestation and Forest Degradation, was hammered out.

The UN forest protection program for developing countries, in addition to reducing emissions from deforestation, is also intended to promote forest protection and sustainable management, and allow forests to act as carbon sinks. The program has been a part of negotiations since 2005, to make forest protection more financially attractive.

"All three issues on the agenda for this negotiation session were finalized yesterday - so there are no REDD issues that needs to be negotiated under the technical body," Silva-Chavez told DW. This represents a final draft for the REDD+ rulebook, which explains to countries how to construct a national REDD+ program.

This unexpected success on REDD+ means after a mediation mechanism is incorporated - which is expected without major problems - the program is ready for final ratification in Paris.

Kaiser of Greenpeace was a bit more critical, echoing the sentiment that the finalized proposal was still too "vague and minimalistic." He said it would be difficult to tackle the greater problem of deforestation before the Paris meeting.

And so, the Bonn Climate Conference came to an end - without fanfare, without any great enthusiasm, and without any big surprises.

An ice cream truck helped lower temperatures in a local and literal sense. The climate-neutral fair trade ice cream contributed in some way to raising spirits, in any case.

Without giving too much away, Christiana Figueres, head of the UN climate secretariat, said the last day of negotiations developed "step by step," given the "very complex topic." She praised the G7 resolution as a "groundbreaking signal."

Two further rounds of talks are planned before the meeting in Paris, which is scheduled for the end of November and beginning of December. As of now, only about 40 countries of the nearly 200 participating have submitted their concrete emission reduction goals.