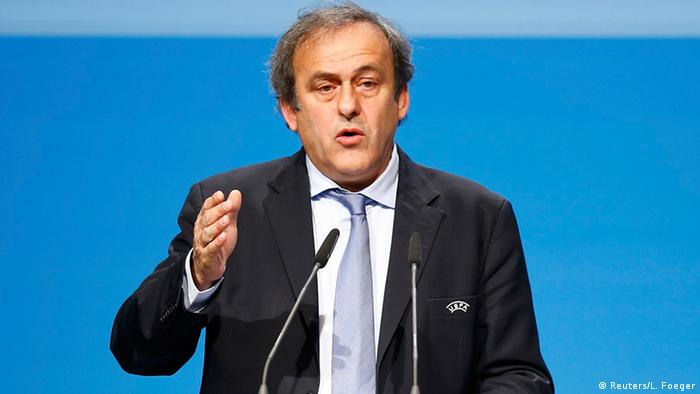 "He says what he thinks and is not afraid to challenge the status quo," Platini had said of Prince Ali. "He can bring added value [to the role] and is someone who can work as part of a team."

Prince Ali is considered the most serious challenger to Blatter in Friday's election; last week, candidates Michael van Praag and Luis Figo both withdrew from FIFA's presidential race to put their support behind the 39-year-old Jordanian. Jerome Champagne pulled out back in February.

Platini told French sports magazine L'Equipe on Monday that it was time for a change at FIFA, also suggesting he felt betrayed by Blatter's 2011 pledge that he was running for one last term at the head world football's governing body.

"I am mostly disappointed for the European federations, whom I had asked to support Sepp in 2011, on the basis of a promise he had made," Platini told L'Equipe. "It was more than a promise actually, it was a true commitment. He had asked us … to support him for what would be his last term. And now he's back on again as if nothing had happened." 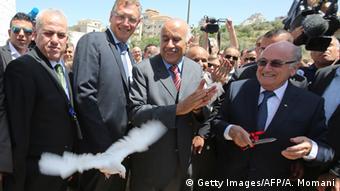 Platini went further, saying: "Maybe I'm too naïve, sensitive or idealistic but I have the unpleasant feeling that my commitment was based on a lie and that I indirectly have lied to the federations."

Blatter, FIFA president since 1998, famously announced his intentions to seek another four-year term in the run-up to the 2014 World Cup in Brazil. Some months later, Platini - who would have had to give up his UEFA post to challenge Blatter - said that he would not run for football's top functionary job. Several national associations, including Germany's DFB, sought to persuade Platini to offer a genuine counterweight to Blatter, who is not thought to be under any real threat from Prince Ali.

Blatter has said that he feels his work is not yet complete at FIFA, a stance Platini treated skeptically.

"One mustn't lie to oneself," Platini said. "We all know that he's not staying because he has not finished his mission, or because he still has grand plans for FIFA. After 40 years at the head of an institution, such claims are no longer credible. No, he's simply afraid of tomorrow, because he has consecrated his life to FIFA to such an extent that he now identifies himself completely with it."

Platini said that he understood this fear, describing it as "human," but said that "if [Blatter] really loves FIFA, he would have to think of it before thinking of himself."

Prince Ali on Monday published a video appeal, similarly saying that it was time for a change at FIFA. 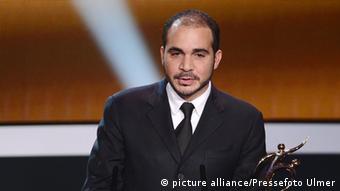 Highly respected within FIFA, Prince Ali had to give up his job to fight what looks like a losing battle against Blatter

"The situation is now urgent," the former Jordanian federation boss said. "It is clear that things have to change. The conspicuous waste, the self-serving policies and controversial leadership style of FIFA today have disempowered our national associations, hurt our sport and cost us our dignity."

Ali, still a FIFA insider at his core, did not explicitly mention the corruption fallout during Blatter's most recent term, not least after awarding the 2018 and 2022 World Cups to Russia and Qatar, respectively. However, he did allude to FIFA's heavy-handed style and the consequences of the allegations.

"Decisions about the game have been taken unilaterally and sponsors have left," the prince said, adding that national associations and ordinary players "are beginning to pay a very real price for this."

Ali is expected to win strong support from European associations in Friday's vote, as well as many of football's most influential countries. However, Asian and African associations, in particular, have pledged strong support to Blatter - who has held the purse strings for poorer countries for almost two decades now.

Each vote from all 209 members of FIFA will count the same on Friday, irrespective of a federation's size, status or financial contribution to world football.

Rights organization Amnesty International has accused Qatar of promising little and delivering less in terms of labor reforms ahead of the 2022 World Cup. More than a million migrants are working in construction. (21.05.2015)

Michel Platini will stay as UEFA president for a third four-year term, after successfully running unopposed for his position. The Frenchman also commented on the a rising trend of fan violence in modern football. (24.03.2015)

Blatter: 'I am ready' for fifth FIFA presidential term

No to term limits, no to European criticism, but yes to interplanetary tournaments. FIFA President Sepp Blatter is still shooting for the stars, and a fifth term in office, even as FIFA's name is dragged through the mud. (11.06.2014)