FIFA is going to stay as it was: highly-profitable, murky and ruled by an autocrat, Joseph Blatter. Michel Platini's refusal to run for the presidency is a missed opportunity for FIFA, says DW's Joscha Weber. 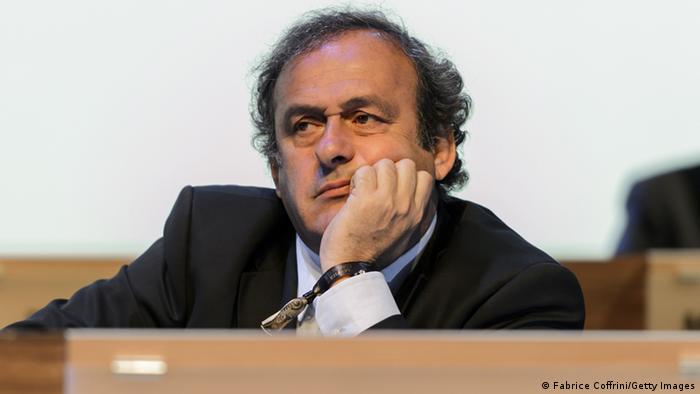 The UEFA media department knows what it is doing. In a short video on its website the president of Europe's football governing body, Michel Platini, explains why he wants to stay on in his role and why he doesn't want to aim for the highest office in world football.

The video is perfectly lit, with multiple cameras and in top quality. Platini says that he made the decision with his heart, to follow his passion. He says he wants to bring to an end something that he has started and that he is more motivated than ever in his role as UEFA president. In the background soft music is playing and Platini comes across as a lovely guy. The 79-second video clip aims to elicit one emotion in the viewer: we should empathize with and accept Platini's decision not to run for FIFA president. Well, pardonnez-moi, Monsieur Platini, but I don't.

No will to reform

With his decision not to run against current FIFA President Sepp Blatter, Platini is missing a huge chance to reform world football. Proven corruption running into the hundreds of millions by top functionaries, bought votes for World Cup locations and questionable payouts to football authorities and functionaries: these are just some of the scandals that have taken place on Blatter's watch. Even if special in-house investigators want to suggest otherwise, there is little evidence of a willingness to reform FIFA and under Blatter this is sure to continue. 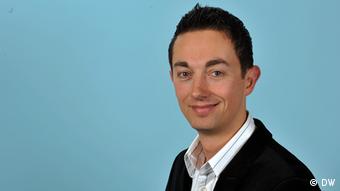 The vote on the FIFA presidency next year would have been a great chance for Platini to change this. France's midfield maestro of the 1980s has charisma, influence and a good network. His non-candidacy shows that he is afraid of losing out to Blatter. Aside from his supporters inside of Europe, the rest of the FIFA representatives around the world would have supported Blatter, if the recent congress before the World Cup was anything to go by.

It seems that Blatter, with his effective tactic of charm and the promise of greater funding for the voting associations, has been pulling the strings in the background. It all means he had basically won the FIFA election nine months before it was to take place. But football is the poorer for it.

A credible and transparent world footballing authority in the future seems a long way off. Platini might have sought to change this, but instead played his cards cleverly. He appears to want to avoid confrontation with a strong opponent now, so that he is instead simply given the role in 2019. After all, not even an autocrat like Sepp Blatter wants to run FIFA at the age of 83.

But this delay tactic is an own goal for Platini. His withdrawal of candidature actually reduces the strength of European football, which will continue to lose influence.

Only Blatter will serve to gain from the current truce between FIFA and UEFA, because it will allow him to maintain the status quo in world football. To complain about corruption, cronyism and an unwillingness to reform FIFA is one thing, Monsieur Platini. Standing up and confronting it is another.

European football officials have urged FIFA President Sepp Blatter to step down, hours ahead of the World Cup in Brazil. Corruption allegations, most recently over Qatar's nomination as 2022 hosts, are hounding FIFA. (10.06.2014)