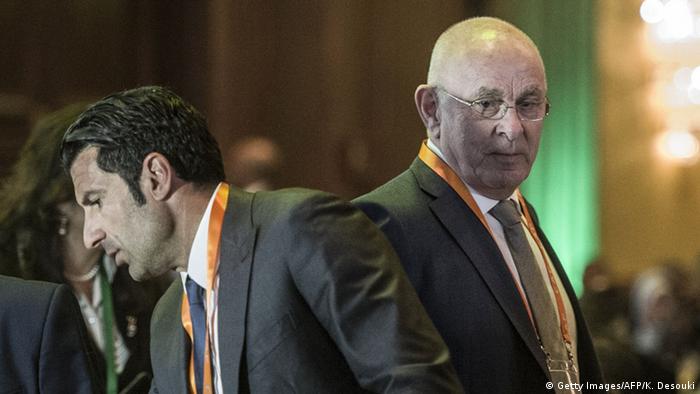 Former professional footballer Luis Figo has withdrawn his bid to become the next FIFA president. In a statement released to the Associated Press, Figo announced his withdrawal whilst also citing his opinions on the election process.

"I have seen with my own eyes federation presidents who, after one day comparing FIFA leaders to the devil, then go on stage and compare those same people with Jesus Christ," Figo's statement read. "Nobody told me about this. I saw it with my own eyes."

Figo said that he refuses to continue with an election process that is "designed for the delivery of absolute power to one man". The former World Player of the Year argued that their should be a public debate on each candidate's proposals.

Following an article in a Dutch newspaper on Wednesday saying he was set to withdraw, Michael van Praag has now officially withdrawn from the race to become the next FIFA president.

"After thorough deliberation and reflection with different involved parties and stakeholders, Michael van Praag decided to withdraw his candidacy to become the next FIFA president and to join forces with presidential candidate Prince Ali Al Hussein," he said in a statement published by his campaign organisers on Thursday.

The 79-year old is strongly favored to extend his 17-year reign with a fifth term when the 209 national federations vote next week. Blatter has apparently gained support from most voters in five of FIFA's six continental confederations. Only the European footballing body, UEFA, is formally opposing Blatter and has supported all three opponents who were declared as candidates in January.

Before his withdrawal, Van Praag pledged to serve a single four-year term to modernize FIFA and improve transparency, and offered Blatter an advisory role heading a charitable foundation.

Outside Europe, Van Praag gained only one pledge of support however: from the former Dutch territory of Suriname.