After a major Dutch supermarket chain confirmed a new plastic-free aisle, a grassroots movement to combat millions of tons of packaging waste is finally gaining momentum across Europe. 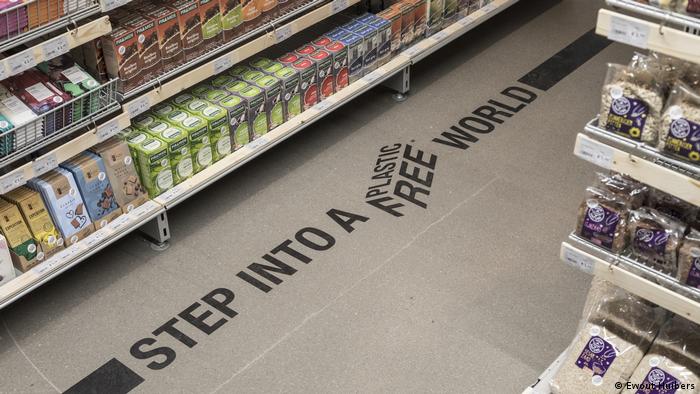 The opening of world's first plastic-free supermarket aisle in Amsterdam is the fruit of a year-long campaign by A Plastic Planet, a UK-based initiative launched in January 2017 with a single goal: "to dramatically reduce" plastic usage, especially in food and drinks packaging.

The collaboration with Dutch supermarket chain Ekoplaza allows shoppers to choose from 700 items that are plastic packaging-free. All the fittings and labels in the aisle are non-plastic, too.

Goods in the aisle will all bear the Plastic Free Mark, a new label to help shoppers quickly identify products that won't add to the planet's growing plastic waste problem. It will be a test case for innovative new compostable bio-materials, as well as using traditional materials such as glass, metal and cardboard.

While independent organic food stores in cities around Europe, including Berlin, have gone packaging-free, this will be the first mass roll-out of such low-waste shopping.

All 74 Ekoplaza stores in Holland will include a plastic-free aisle by the end of this year.

Public support not backed by action in UK

In the 12 months since the A Plastic Planet campaign started, Britain has become a leading voice in the global anti-waste movement.

This is due, in part, to the release last year of David Attenborough's Blue Planet II, — which paired stunning footage of marine life with a powerful message about the threat it is under from plastic pollution — and the launch of Sky TV's Sky Ocean Rescue, the British broadcaster's bid to "inspire the nation to take action and make a change to help protect our oceans focusing on reducing single-use plastic."

Today's plastic-free aisle launch in the Netherlands also comes just a month after British Prime Minister Theresa May announced her backing for plastic-free supermarket shelves in her first major speech on the environment — an initiative backed by more than nine out of 10 Britons, according to a poll last year.

Yet in the UK itself, campaigners are still hoping supermarkets will follow Ekoplaza's lead.

"There's an awful lot of words and not a lot of action," Sian Sutherland, co-founder of A Plastic Planet, told DW. 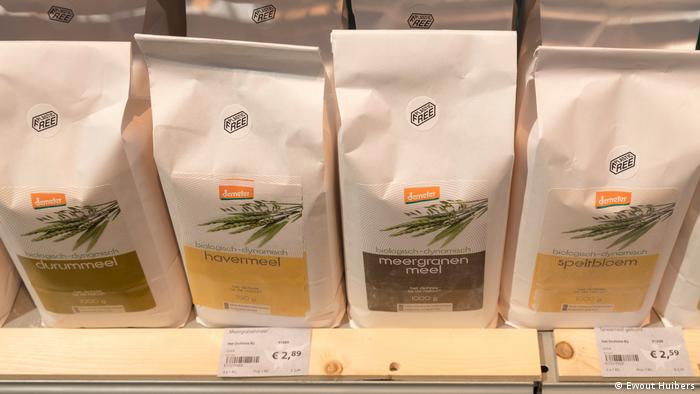 May promised plastic-free supermarket shelves in 25 years. Iceland, the UK's largest frozen food retailer, has committed to becoming the first UK supermarket to eliminate plastic packaging in all its own-brand products, but only in five years.

Sutherland says the time to act is now.

"There is one use of plastic that's pretty indefensible," she reiterated. "Indestructible plastic to wrap perishable food. How did this ever happen? We just want to ask our supermarkets, give us one aisle. We're not that unreasonable. We just want to have the choice to buy plastic-free."

No hiding behind recycling

Grocery retailers are responsible for roughly 40 percent of all plastic packaging in the UK. By targeting supermarket shelves, the #PlasticFreeAisle campaign aims to get to the heart of the problem — and not, unlike the plastic packaging lobby, hide behind a plastic recycling band-aid.

Recycling is often touted as the answer to pollution, yet the vast majority of the 300 million tons of plastic produced globally each year are not recyclable.

Incineration is also a highly compromised solution to plastic pollution, as it releases poisonous chemicals like dioxin, with studies noting higher cancer rates in areas close to waste incinerators.

"We need to stop thinking in terms of waste management, and instead about resource management," Sutherland said. As such, there should be zero plastic waste. 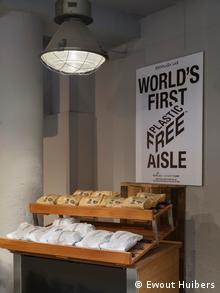 An open letter supporting the plastic-free aisle initiative published in The Guardian — signed by Julie Andersen, executive director of Plastic Oceans Foundation, Laura Chatel, senior advocacy officer for Zero Waste France, Julian Kirby, the environmental justice campaigner for Friends of the Earth England, among many others — stressed the folly of plastic recycling.

"With recycled plastics today accounting for just 6 percent of total plastics demand in Europe, it's clear that we cannot recycle our way out of the plastic problem. Food and drink plastic packaging does not belong in a circular economy given that it is difficult to reclaim, is easily contaminated, and all too often proves valueless."

Time to get ambitious

In Germany, a nation known for its embrace of green power and recycling but with the world's highest per capita usage of plastic packaging, some supermarkets allow shoppers to bring their own containers. Others are trying to discourage shoppers from using clear plastic bags in the fruit and vegetable aisles.

But Tobias Quast, an expert for waste and resources at Friends of the Earth in Berlin, told DW in January that such "pilot schemes" are "not ambitious enough, by far."

This is why A Plastic Planet teamed up with Ekoplaza, Holland's nationwide organic supermarket chain, and why it's running an aggressive #PlasticFreeAisle campaign on social media.

Sutherland stresses that her campaign is not anti-plastic, but that this highly useful and durable material is being largely wasted on packaging that ends up as worthless — and harmful — waste.

"Plastic food and drink packaging remains useful for a matter of days yet remains a destructive presence on the earth for centuries afterwards."

Food packaging is a major source of plastic waste. Developing wrapping that is edible could help - not just the environment, but maybe even taste, too. A scientist at a green chemistry conference in Berlin tells DW how. (06.04.2016)

The New Year being the ultimate time for new leaves, I am turning one over. A plastic-free one. Yep, for the next month, I'm going to banish packaging from my life and home. And I'm dragging my kids along for the ride. (05.01.2016)